We all have been eyeing on a super-proud wife, Mira Rajput Kapoor to post something about her superstar hubby, Shahid Kapoor's Madame Tussauds wax statue and so she did!

Everyone wants to lead the life of a Bollywood star! And why wouldn’t they? It’s an amazing feeling to be the head-turner and the centre of attraction! In fact, some people would silently admit to practising an award speech, waving and blowing kisses to fans, clicking photographs with the towel and answering questions as if they are in an interview, inside closed doors! If those momentary few minutes are so fun, just imagine the glamour that comes along with being a movie star! And Bollywood’s superstar, Shahid Kapoor is currently having the most of it as he is the latest actor to join the Madame Tussauds wax statue forum. (Do Read: Shakti Arora's Wife, Neha Saxena Posts A Heartfelt Wish For Her 'Special Man' On His 33rd Birthday)

It was only yesterday (May 15, 2019) when we had spotted Shahid Kapoor, Mira Rajput, Misha Kapoor and Zain Kapoor head towards Singapore to unveil Shahid's first wax statue. And ever since, we have been waiting to draw a comparison between the real Shahid and wax Shahid as soon as he unveiled it. And so he did! A few hours back, Shahid Kapoor posted the first picture from Singapore, where he stood behind his wax statue. We were amazed at the uncanny resemblance of the figures and found it extremely difficult to gauge who is the real Shahid! Posting a picture from the same, the Kabir Singh actor wrote, “#twinning”. Here’s the picture: And then, we all have been eyeing on a super-proud Mira Rajput Kapoor to post something about her superstar hubby, Shahid Kapoor’s big achievement. And so, she shared a picture of herself, donned in a black gown, holding the arm of her ‘wax hubby’, while her ‘flesh hubby’ held hers! Sharing the picture, Mira wrote, “Taking mine home but left one for you Madam”. Her witty devar and Shahid’s half-brother, Ishaan Khatter commented on the picture, “I suspect yours is da real MVP.” Here is the image: 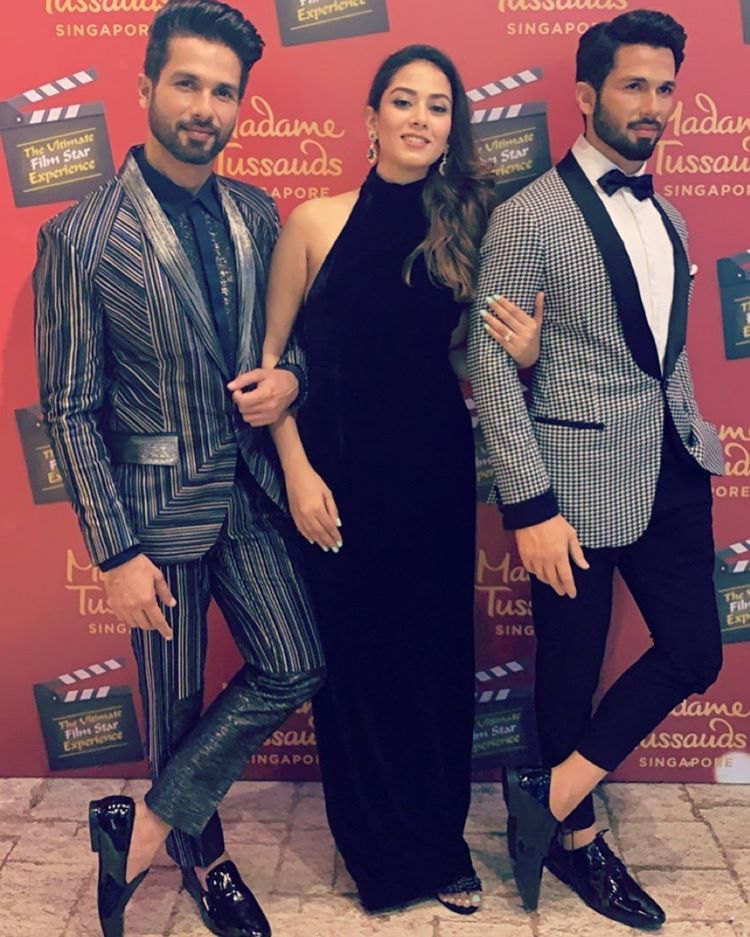 However, do you know, only Mira Rajput Kapoor had accompanied her star hubby, Shahid Kapoor for unveiling his statue? But why is it so? Shahid had a very funny answer to that, which he shared with the Hindustan Times, “Everyone including my wife, in-laws, as well as my parents. They all had a big smile on their face when they learnt about it. They were like, ‘oh, it’s great’. All of them had a genuine reaction of happiness and surprise. As for Misha and Zain, we don’t plan to take them for the unveiling of the statue. Otherwise, they may think, ‘wow, what just happened?’ as it could be a traumatic experience for them to see two dads (laughs). So, only Mira will join me." (Must Read: Tiger Shroff Organises Special Screening Of 'SOTY 2' For Disha Patani, They Twin in White) It was on July 2018, when Shahid Kapoor had taken to Instagram and posted a picture of himself, trying out his eye shade from the Madame Tussauds eyeball box. Sharing the picture, he had written, “Keep an eye out. Coming soon.” In an interview with DNA, Shahid had shared that not many people in their family knew about the same, “I didn’t inform anyone in my family except Mira. When I posted the picture, everyone was like, ‘You didn’t tell us about it.' The team didn’t want me to talk about it for some time, so I was waiting for them to give me a go ahead. It happened around two months ago. Now that my mom knows, she is really happy." 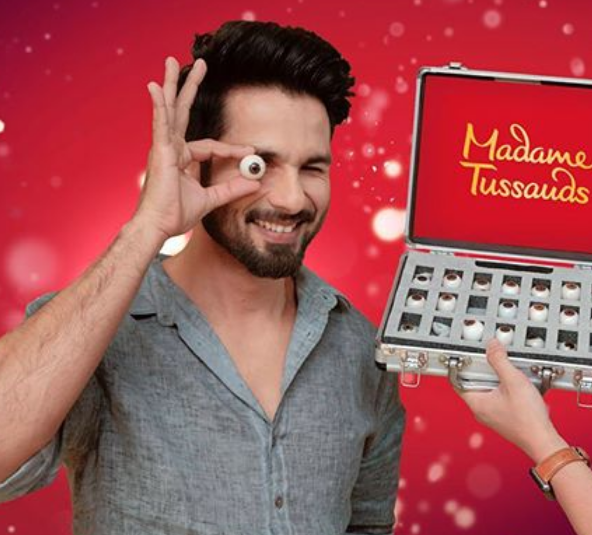 What was Mira Rajput Kapoor’s reaction when she knew that her hubby, Shahid Kapoor is going to be one of the Madame Tussauds stars? Shahid had shared in an interview, “She was extremely happy and wanted to know more about the process. So, when they were taking my measurements, I was on FaceTime with her. They had 50 shades of eyeballs and hair. They laid them out to check which one was closest to mine. Mira was curious to know, so I was showing her how they put 150 dots on my face, made me stand still and took pictures with 2D as well as 3D cameras." Shahid Kapoor had also shared the star with whom his statue should be placed next to, “If I’m placed next to somebody, it will definitely be someone who’s way more accomplished than me. So I’d just ask them to give me a corner of my own. Honestly, I’d like to be featured with people who are from my generation because I think that would be appropriate. Varun is the closest, so maybe they should put us together somewhere. I think our statues should be high-fiving each other (laughs)." (Also Read: Madhuri Dixit Turns A Year Older, Her Husband, Dr Shriram Nene Shares A Heartfelt Birthday Note) 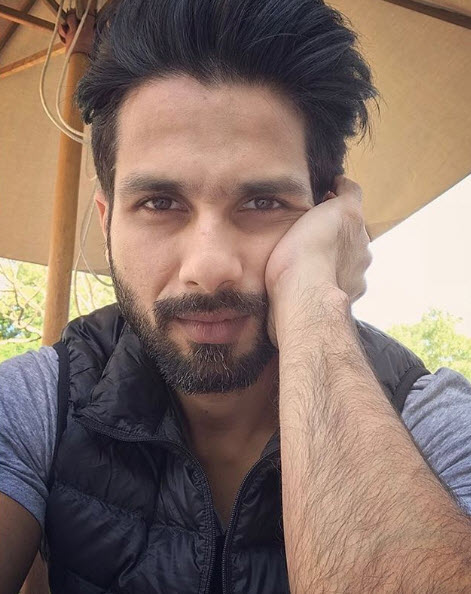 Tonnes of congratulations to Shahid Kapoor for this phenomenal accomplishment!