Ever since Shahid Kapoor tied the knot with Mira Rajput in an intimate ceremony in Delhi, they have undoubtedly been the most romantic duo we all like to obsess over. From Mira pulling Shahid’s legs to Shahid pampering his darling wife, from their family pictures to candid selfies, this couple has been painting the town red with their love. (Also Read: Mira Rajput Kapoor Is In Her Third Trimester Now, This Is What She Is Craving For!)

After three years of marital bliss and one-and-a-half-year-old little munchkin Misha Kapoor, Shahid and Mira are all set to welcome their second child in October. While Mira is enjoying her third trimester to the fullest, Shahid is making sure to wrap up all his work commitments to take paternity leave when his newborn arrives. Mira keeps sharing her pregnancy woes on her social media handle.

Mira Rajput Kapoor Made Her Acting Debut With An Ad, Hubby Shahid Kapoor's Reaction Is Priceless 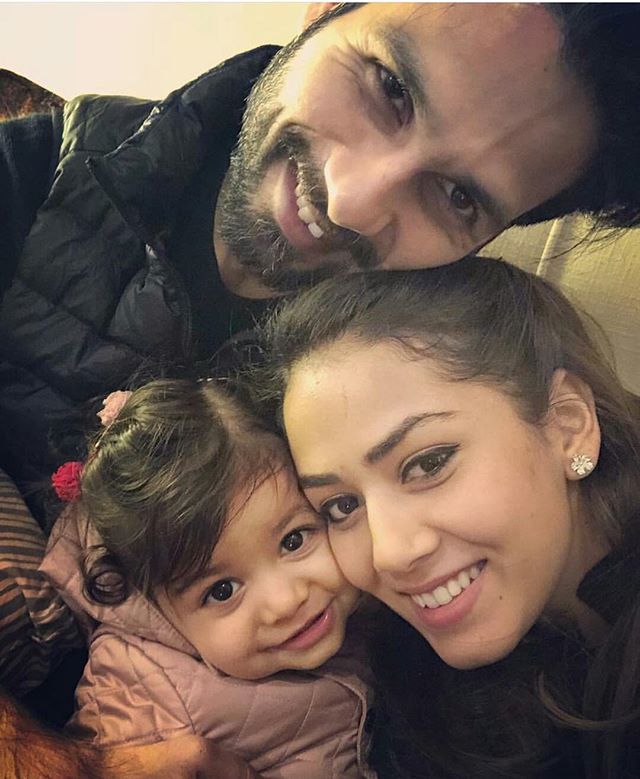 Mira gave it a try to the new Instagram feature, ‘Ásk Me A Question’, and was asked whether Shahid and she are expecting a boy or a girl. One of her fans asked her, “This time boy or girl?”, and to this, second-time-mom-to-be Mira Rajput Kapoor replied, “Don't know and doesn't matter!” What an apt answer! (Recommended Read: C-Section Pregnancy Guide: Who Needs It, Procedure, Complications And Delivery Side Effects) 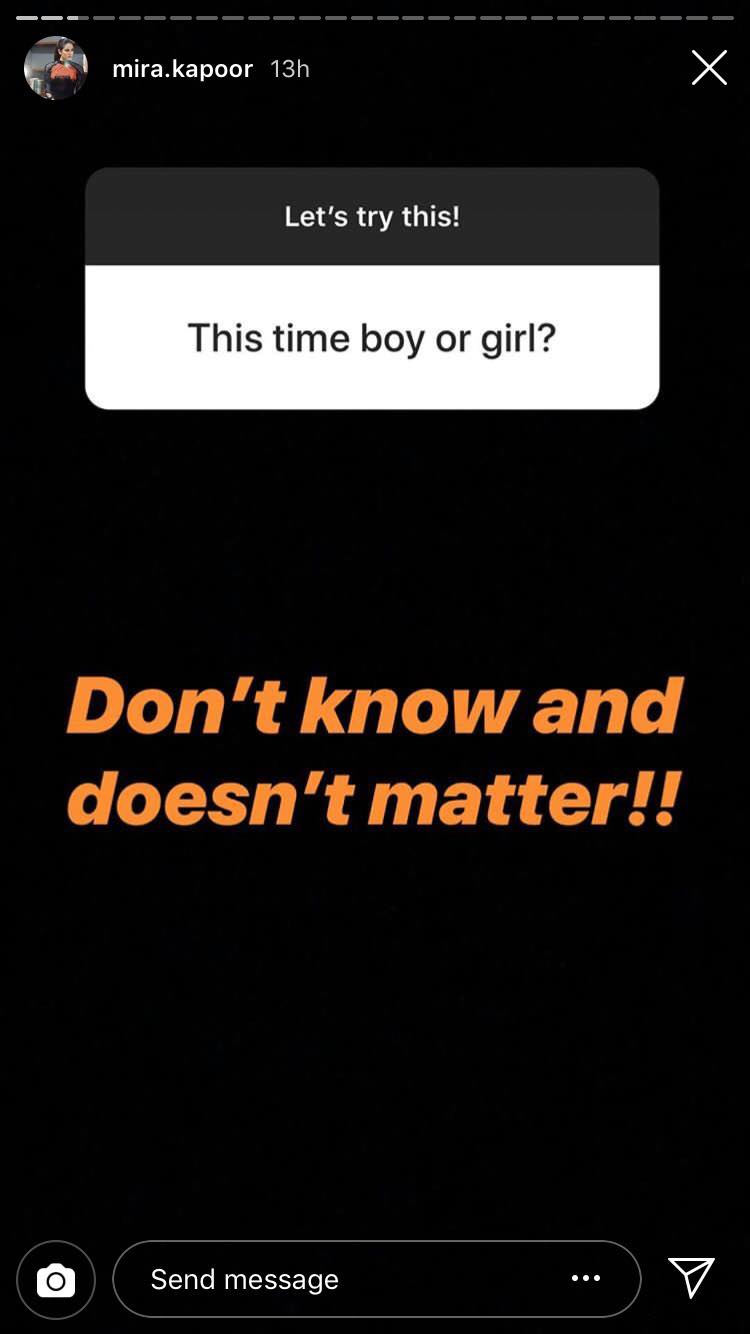 Another Insta user asked Mira, “What is your opinion of being a good parent?”. Mira reverted, “Keep a balance. Always try your best. Be a good example. Have fun with your kids! Memories over material always!” She further added, “Never forget to thank your parents for what they have done for you… You never know how hard it is till you are one yourself!” 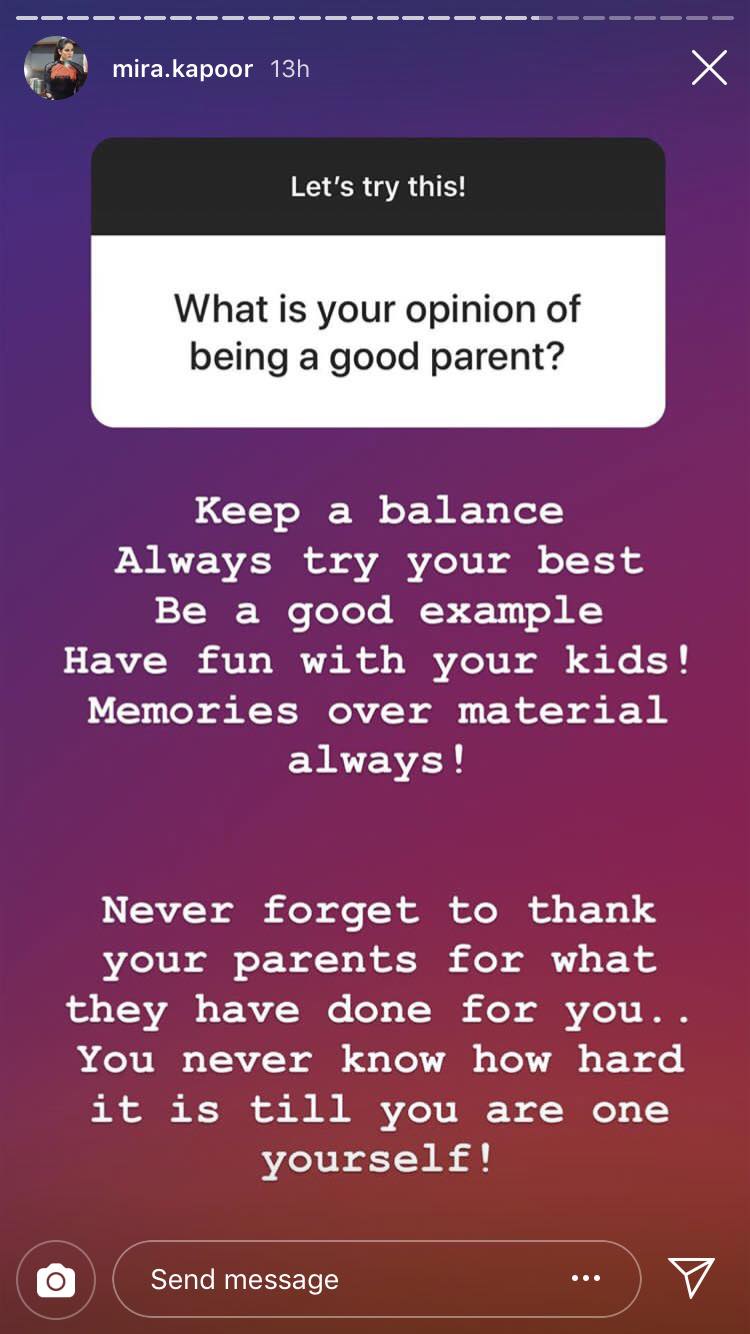 Shahid Kapoor’s younger half-brother, Ishaan Khatter has double reasons to celebrate. One, his big Bollywood debut Dhadak is all set to hit the theatres on July 20, 2018, and other, his brotherjaan Shahid and bhaabidoo Mira are making him chachu once again. Ishaan is already a doting chachu to his guchki baby Misha Kapoor and is super-excited for the new addition in the family. During a media interaction, the 22-year-old actor was quoted as saying, "She (Misha) has prepared me for 'chacha' life. I am just excited, ready to do whatever it takes to be Chacha No 1." (Also Read: 'Chachu' Ishaan Khatter's 'Guchki Baby' Misha Kapoor Feeds Him Small Bites In This Adorable Photo) 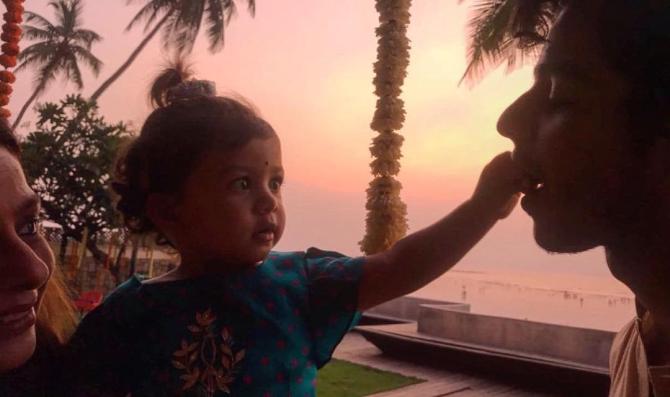 When Beyond The Clouds actor was asked if he would prefer a nephew or niece, he revealed, "I think it's more important to know what the parents feel. And they are happy with either. It's their prerogative to say. But if I may speak on their behalf, they would be equally happy if they had a boy or a girl." ShaMira, as they are fondly called by their fans, celebrated their 3rd wedding anniversary on July 7, 2018. Instead of sharing a romantic picture, doting wifey Mira rather posted a funny picture of Shahid on her Insta story and revealed why she loves him. With a zoomed hazy picture of Shahid, who seems to be either attempting a pout or trying to kiss his wife, Mira wrote on it, "Bad pictures make for the best memories. This is why I love you. Happy 3, baby". (Also Read: Shahid Kapoor And Mira Rajput Complete 3 Years Of Marital Bliss, Here's Their Complete Wedding Album) 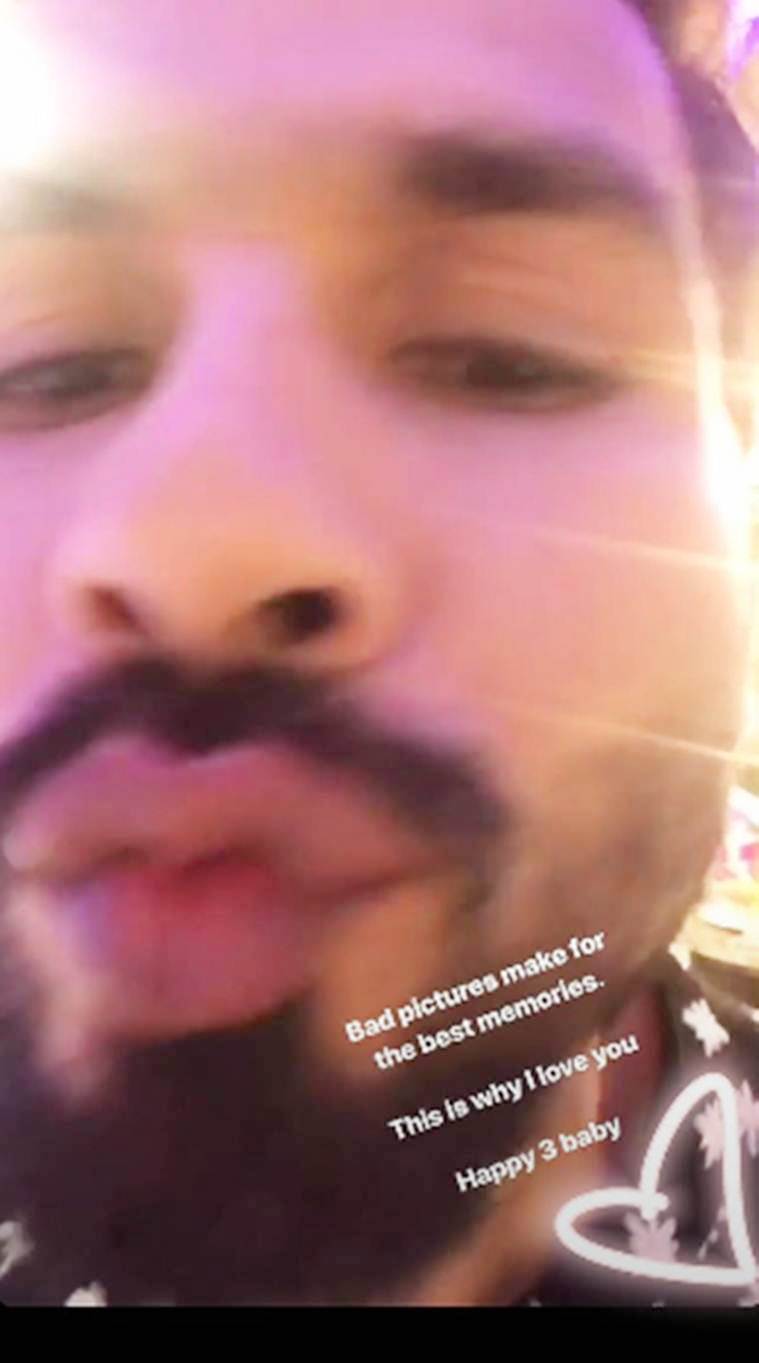 Shahid and Mira’s firstborn, Misha Kapoor will soon turn 2, and since the couple’s babymoon is also due, they will soon head for a family vacation. Shahid will be taking a paternity break in October, post which he will resume shooting for his upcoming film, the remake of Telegu film Arjun Reddy. Shahid Kapoor and Mira Rajput Kapoor’s family finally got complete with the arrival of their baby boy, Zain Kapoor on September 5, 2018. Shahid and Mira were proud parents to their little angel Misha Kapoor, who announced to the world that she will soon have a sibling to play with.