On Diwali 2017, Shahid Kapoor delighted his social media fans by giving them a glimpse of their Diwali celebrations with their little angel, Misha Kapoor. “Phoolon ki rangoli with my little angel. On this festive day let’s celebrate love and togetherness” – the caption defined how much fun and love filled festival the Kapoor clan had with their little one. (Also Read: Soha Ali Khan Twins With Daughter Inaaya Naumi Kemmu On Diwali, Both Look Like A Vision In White)

This year it was extra special for the Kapoors because they celebrated it for the first time with Shahid Kapoor and Mira Rajput Kapoor’s two-month-old son, Zain Kapoor. While we all were eagerly waiting for an awesome foursome family picture of Shahid and Mira with their two kiddos, Misha and Zain, they decided to make us wait a little longer to give a glimpse of their little munchkin. 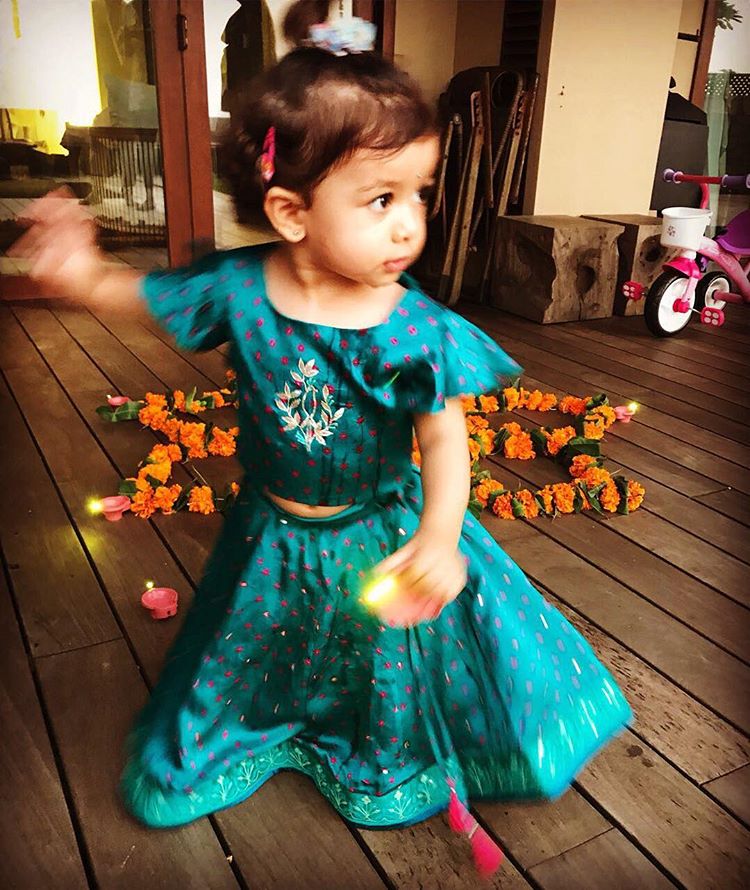 But amongst all the Diwali pictures shared by Shahid and Mira on their Instagram handles, our favourite is the group picture of Shahid and Mira with his mom, Neelima Azeem and their laadli, Misha. Mira captioned the picture as, “With Dadi!! Ta-Thai-Thai-Tat” followed by a kiss emoji. Mira also revealed her and Missy’s mother-daughter song. Sharing a picture of Misha, Mira wrote, "You are my sunshine, my only sunshine #oursong". Check out both the pictures: 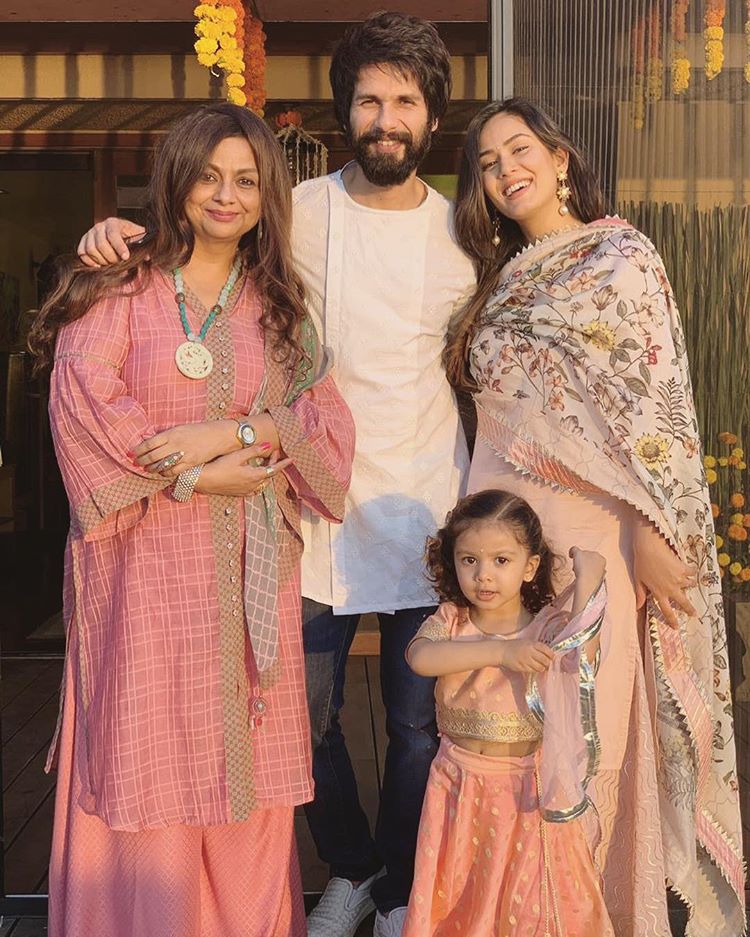 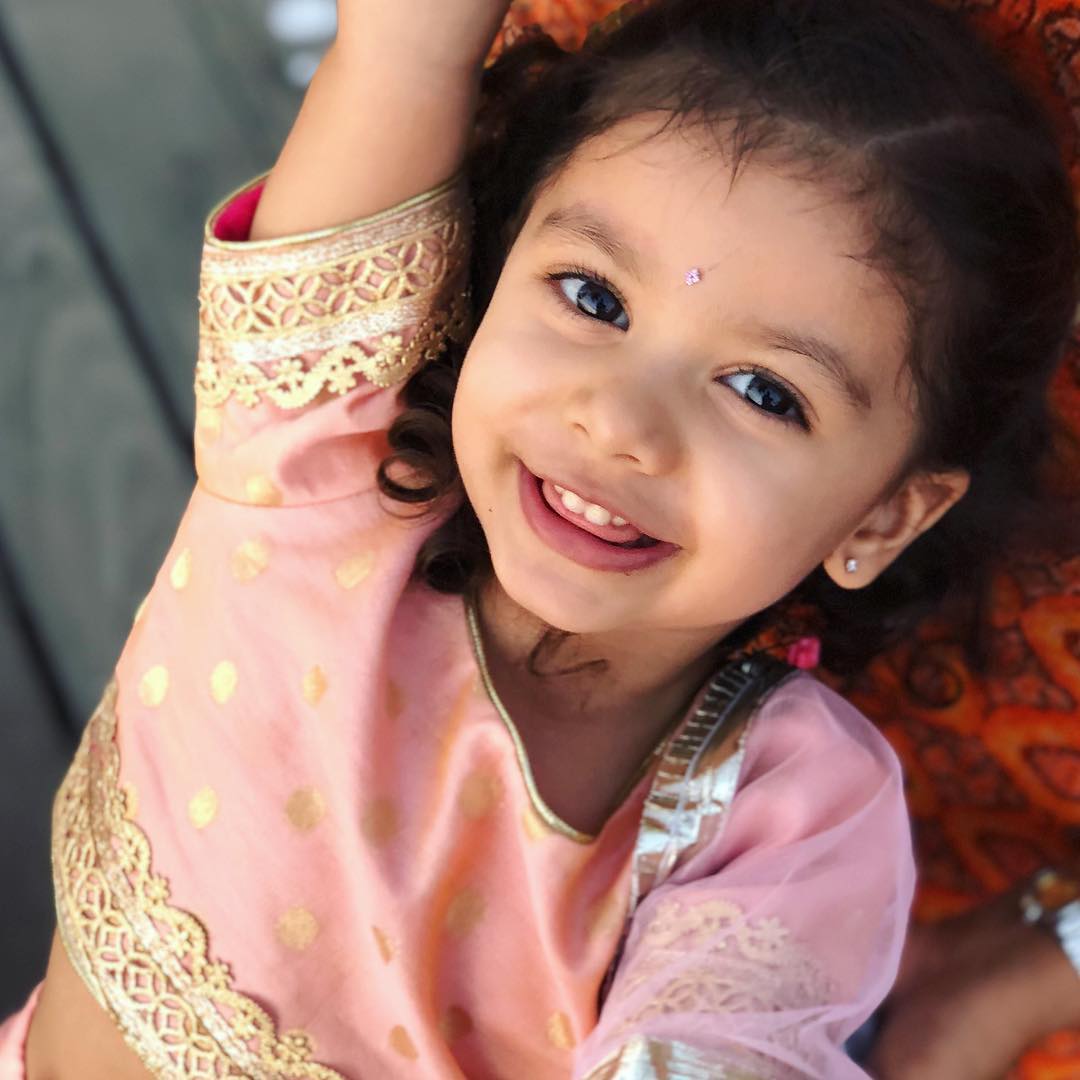 A few days before Diwali, Mira Rajput Kapoor posted an Insta story giving us a glimpse of their newborn son, Zain Kapoor’s first Diwali outfits by their good friend and ace designer, Kunal Rawal. Sharing a picture of outfit number one - a wine colour Nehru coat with maroon kurta and outfit number two - a simple white kurta, Mira wrote, “Zainu’s Diwali outfits, Kunal Rawal Of course!” atop of it. 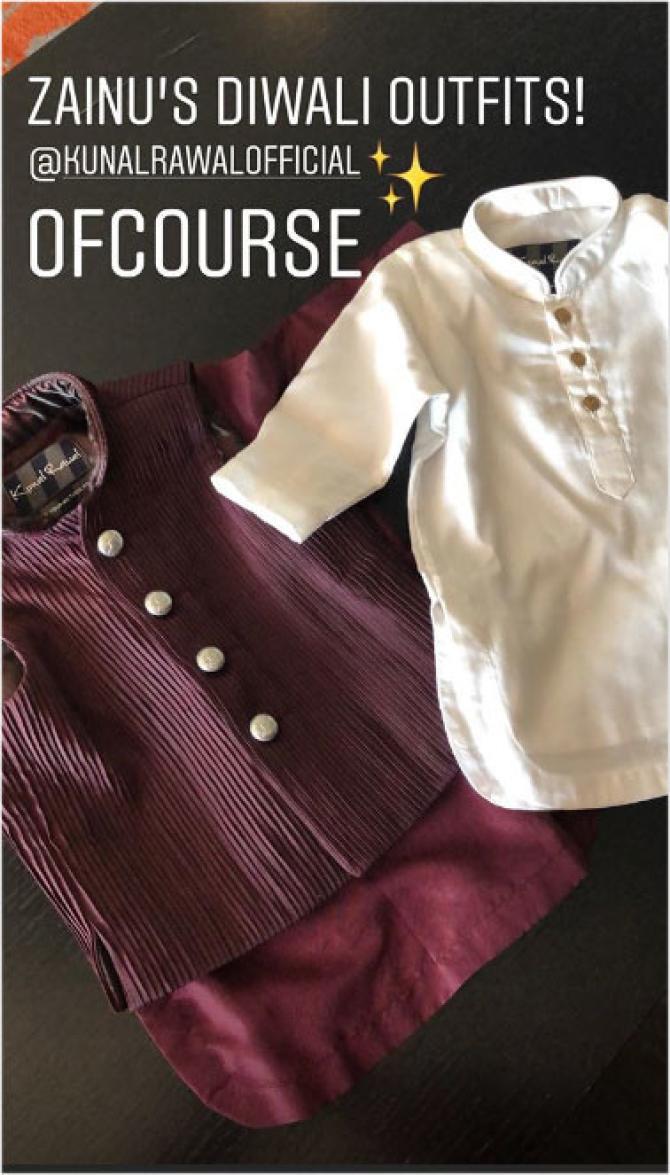 Shahid and Mira shared some intimate and lovely moments of them on social media handles and captioning a ‘lost in a kiss’ picture, Mira wrote, “Only love Happy Diwali!” While Mira looked ravishing in a baby pink-coloured salwar kurti with a vibrant dupatta, Shahid chose to wear a white kurta for the occasion. Shahid too shared a lovely picture with Mira and wrote, “Happy Diwali everyone. Hope you spent it with those who matter most.” 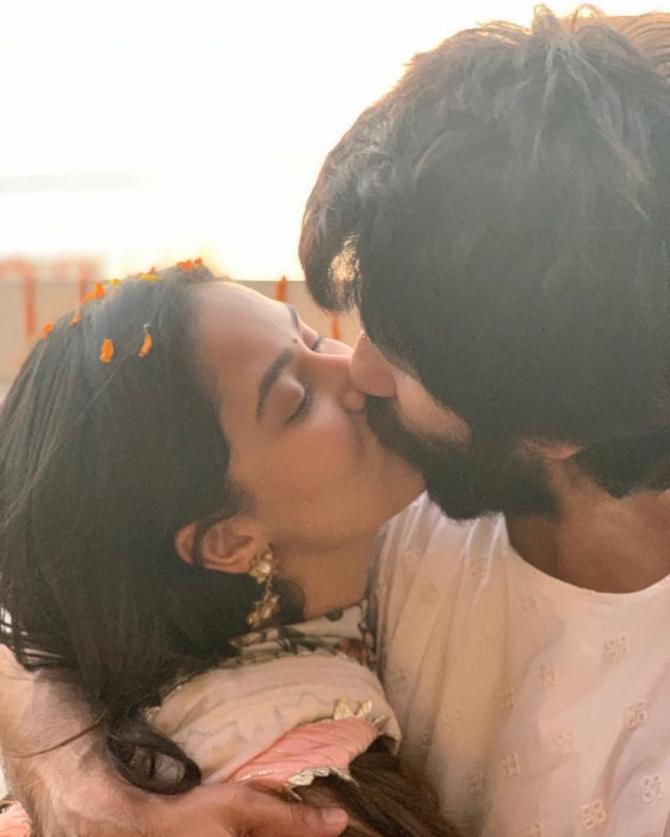 However, the picture of Shahid and Mira sharing the passionate lip-lock didn’t go down well on social media, and the lovebirds were mercilessly trolled for the same. People did not like Shahid and Mira sharing their private moment on an auspicious occasion like Diwali and said that the couple has forgotten their Indian culture. Some netizens even compared Shahid and Mira with Anushka and Virat, who on the other hand posted a decent picture on Diwali to wish their fans. In case you missed that story, click on the following link. (Also Read: Mira Rajput Kapoor And Shahid Kapoor Share A Passionate Kiss On Diwali, Get Trolled On Social Media) After breaking the internet with their adorable Diwali family celebration pictures, Shahid and Mira took some moments to spend quality time together. On November 8, 2018, Shahid and Mira were spotted at Farmer's Cafe, Pali Hill, Bandra West, Mumbai. While Mira wore a little black dress with red embroidery which she paired with gold pointed toe ballerinas, Shahid, on the other hand, too kept it causal in a t-shirt and blue denim shorts.

Speaking about trolls in an earlier interview, Mira shared to Times Now, “The internet is one platform that is accessible to everyone. People can say what they feel and it gives everyone the right to express themselves the way they want and to what extent they feel like. So, there will be opinions. It's not that everyone is going to love you. I have always spoken for myself and I have never shied away from expressing what I truly feel.” She went on to say, “It’s not something new for me. Nowadays, people receive backlash for whatever they do or say. It is the way the internet is. At some level, it is a bit sad.” (Also Read: Mira Rajput Kapoor Finally Breaks Silence On Being Trolled For Her Acting Debut In A TV Commercial) Misha Kapoor is truly the sunshine of the Kapoor clan and is growing up so fast! 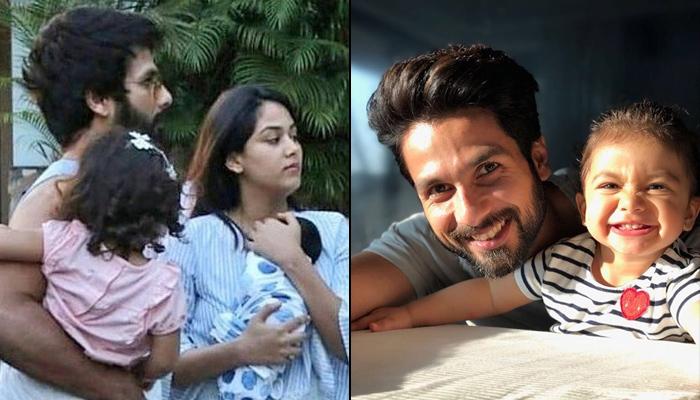 A few days after welcoming your child into this world can be exhausting yet exhilarating. With those sleepless nights, unbalanced daily chores and work schedules, embracing parenthood can be seen as a tough job more than an exciting one. But just one smile of your little one can make all the