Mira Rajput Kapoor shares a glimpse of ‘family traditions’ as the eldest Rajput member i.e., her grandmother poses alongside the youngest one, her son, Zain Kapoor. 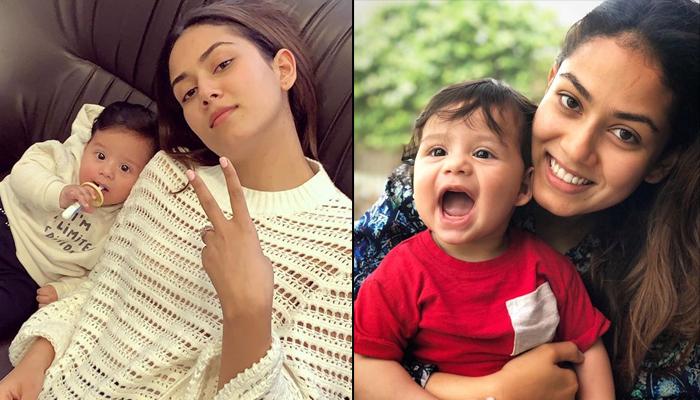 A place where our parents’ dominion doesn’t matter. A place where we hear the never-ending tales of our parents’ exploits as kids and young lovers. A place where we are spoilt with choices. A place where the entire household goes above their means to pamper us with food, gifts and basically everything we wish. Nani ka ghar, we call it! For working people like us, gone are those days when we used to wait for the summer vacations to spend a month-long time with our maternal grandparents and cousins. But for the kids, some parents have still retained the tradition of going to ‘nani ka ghar’ in summer holidays and Shahid Kapoor and Mira Rajput Kapoor belong to this category. (Also Read: Taimur Ali Khan And Kainaat Singha Teach Us How To Beat The Heat On Their 'Fun In The Sun' Playdate)

Shahid Kapoor and Mira Rajput Kapoor are living their ‘happily ever after’ with their two super-adorable munchkins, Misha Kapoor and Zain Kapoor. Recently, Mira had taken Misha and Zain to her home in Delhi, where the little kids experienced the feeling of having fun in nanu-nani’s place during summer vacations. While Misha had already experienced the same before, it was Zain’s first time with this family tradition of visiting nani ka ghar in summers. Misha made the most of it as her maternal grandparents had arranged for a pool party for their little princess and sharing a glimpse of the same, Mira had written, "Nani house pool party".

Mira Rajput Kapoor is an ardent social media user and she keeps sharing inside sneak peeks of the Kapoor-Rajput clan. Similarly, this time too, Mira had given her fans a glimpse of the family fun at the Rajput household in Delhi as Shahid also took some time out to visit his in-laws. Sharing a picture of Shahid relaxing and enjoying his time with his in-laws, Mira wrote atop of it 'just hangin’. Later, she gave us a glimpse of the ‘family traditions’ as the eldest Rajput member i.e., her grandmother posed alongside the youngest one, Zain. She captioned it as, “Eldest with the youngest #familytraditions”.

After a small break to Delhi, Shahid Kapoor and Mira Rajput Kapoor along with Misha Kapoor and Zain Kapoor had flown back to Mumbai on June 30, 2019. The family of four was snapped outside the Mumbai airport, as they made their way towards the car. While Shahid had twinned with Mira in black and white outfits, she was seen walking beside him holding Zain in her arms as Shahid cuddled his little princess, Misha.

Shahid Kapoor and Mira Rajput Kapoor often share glimpses of their family life on social media and delight their fans with pictures of their little bundle of joys, Misha Kapoor and Zain Kapoor. And on June 5, 2019, Mira had treated her fans with not one, but three pictures of Misha and Zain, followed by the cute banter between them as her caption. Here’s what she had written, “1. Z: “Oh cool can I play with that flower” 2. M: “Ya let me help you hold it” 3. M: “MOM HE JUST PINCHED ME”.” While Misha could be seen in a blue and white striped dress, baby Zain looked cute as a cotton ball in a blue and white checkered shirt. (Also Read: 9 Bollywood And Television Celeb Couples Who Are All Set To Embrace Parenthood Soon)

In February 2019, Mira Rajput Kapoor had interacted with her fans through an ‘Ask Me Anything’ session on Instagram which allows users to ask her questions. And it was then when a follower had asked her “How did you prepare Misha for a sibling?” and the mommy had given a hands-on answer. Revealing all the secrets and which song ‘big sister’ Misha sings for her baby brother, the doting mommy had shared, “We spoke to her about it a lot. Read a lot of story books to her (Topsy and Tim and the New Baby became a favourite of hers), and let her feel a part of the process even till now! Help around, bring mom a glass of water or sing wheels on the bus to Zain if he’s crying. We let her feel the baby is hers to take care of so she felt like a grown-up little helper.”

A few months back, Shahid Kapoor and Mira Rajput Kapoor along with their two sunshine, Misha Kapoor and Zain Kapoor went for a family vacation in Phuket, Thailand. The doting mommy had shared a twinning picture of her babies, Misha and Zain gazing at the sea and enjoying the view in their super-cute beachwear. Mira had captioned it as, “Creator of life and light, we praise thee this day for the beauty of thy world, for sunshine and flowers, storm-cloud and starry night, for the radiance of dawn and the last smouldering calm of the sunset.” (Also Read: Mira Rajput Kapoor Styles Her Little Angel, Misha Kapoor's Hair With 90's Accessories [Check Inside])

We miss spending summers at our grandparents’ place like how! What about you? 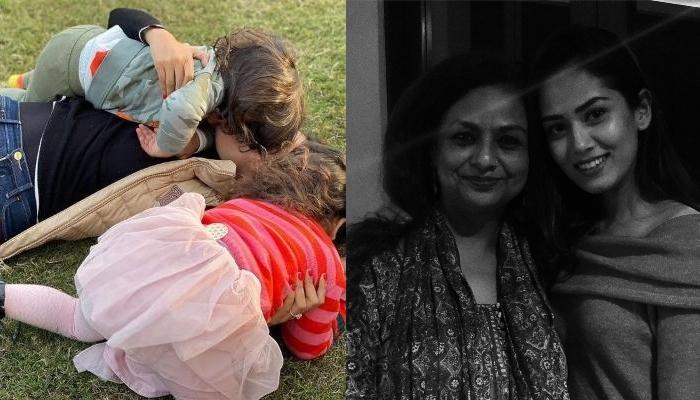