Shahid Kapoor and Mira Kapoor have been giving us couple goals since they tied the knot. And today, she took 16-year-challenge on behalf of her hubby! Scroll down to check out Shahid's transformation 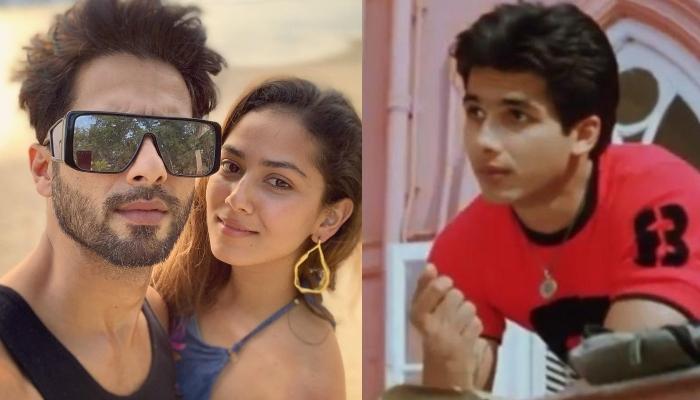 We are still in love with Bollywood actor, Shahid Kapoor as we were when we had first seen him in his debut film, Ishq Vishq (2003). And looks like, it is his lady love, Mira Rajput Kapoor, who feels the same. (Recommend Read: Shahid Kapoor Can't Stop Praising Zain Kapoor's Features, Says He Keeps On Fanboying Him All Day)

We still remember how once Shahid had revealed that he had given 100 auditions before he got selected for his debut film. But as we say, all those struggles have made him a better person. And he is not only ruling the hearts of his millions of fans but also has proved his wit in the industry. 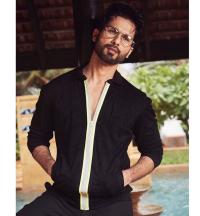 Recently, his wife, Mira took to her Instagram handle and shared a 16-year-challenge picture of her hubby, Shahid. In the picture collage, we can see a 16-year-old picture of the superstar with his latest snap. And we must say, the actor hasn't much changed over the years. Take a look at the picture below:

Coming back to Shahid's Bollywood journey, in an interview with the Hindustan Times, the actor had revealed how his journey hasn't been a cakewalk. He had shared, "Everyone thinks that he is Pankaj Kapur’s son, so isko toh break mil gaya hoga (He must have got a break). But I have been rejected from 100 auditions. Sometimes, I didn’t have money to eat food or to even go to the auditions. I have lived that life, and I don’t like talking about it. But that is my reality." (Also Read: Vivan Bhathena Says He Would Not Have Announced The Birth Of His Baby Girl, Nivaya Bhathena) 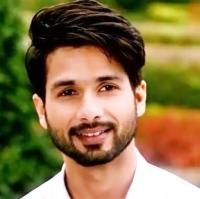 He had also talked about his first super-hit film, Ishq Vishq, and had revealed how he had felt, "Meri lottery lag gayi hai (I have won a lottery). I felt that an opportunity has come from nowhere, and God has given me something I never thought I’ll be able to achieve. My parents were actors, but they were not stars. So, they didn’t have any pull. Mujhe samajh mein nahi aata tha ki kisse milun, kya bolun ya kya karun (I couldn’t understand who to meet, what to say and what to do). Now when I look back, I feel like God has blessed me with this career, and I cannot let this opportunity go to waste. I don’t want to feel satisfied easily (laughs). It has been a 13-year-long wait to reach here. So, it will maybe take 13 years for me to feel relaxed." 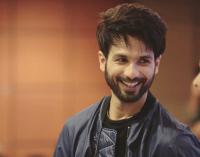 In another interview, Shahid had talked about his journey, and had shared, "It's been a journey of a young kid who didn't know what it meant to be an actor. And now I understand my privilege and responsibilities and I am thankful for it. I'm also proud of what I've achieved and I feel the need to grow and evolve. It has been 15 years in this industry and I've given a large part of my life to it, so I want to maximize my effort for this job. Yeah, I'm a very different person today." (Don't Miss: Faisal Khan And Muskaan Kataria Part Ways, They Are Living Separately Now (Details Inside)

Well, Shahid hasn't changed a bit since his debut film! What do you think?

A birthday is the most special day in everyone's life, no matter whether they celebrate it or not! It is a perfect day to pause from your busy schedule and celebrate the life you are blessed with. While some plan for lavish birthday bashes, there are some, who likes to keep it