Mira Rajput flaunted her breezy vibrant dress and channelled her inner Jane Austen with her fashion game on point.

The handsome Shahid Kapoor had broken the hearts of millions of his female fans when he had announced the news of his intimate wedding to 21-year-old Delhi-based, Mira Rajput. Every girl had wished to have a life like hers and had dreamt of being in her place. Ever since their wedding, Mira had garnered a lot of limelight but she has always proved that she is more than a star wife.

It was on July 7, 2015, when Shahid and Mira had begun their ‘forever’ journey. Despite being a star wife, Mira has created her own identity in the glamour world. With her amazing fashion sense, wit and humour, Mira has made millions of fans. From an amazing homemaker to a hands-on mother to Misha and Zain, Mira has been acing all her roles. Mira Rajpur Kapoor is often looked up for her remarkable fashion sense. Be it flaunting a chiffon saree or a silk lehenga, Mira’s fashion game is always on point. A few moments back, Mira took to her IG handle and posted a picture of hers dressed in a vibrant Tie-Dye dress by JODI. The dress had a wide neckline and huge buttons in the front. With geometric pattern and puffed sleeves, Mira’s dress is a perfect pick for the summer. 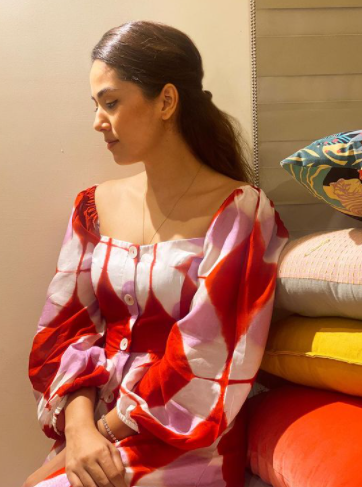 Mira complemented her dress with a diamond bracelet and a sleek neck chain. She kept her hair half tied up and captioned the stunning picture as “Jane Austen goes for a Holi Ball #friendsandfrivolity.” Mira’s summer dress comes at a price of Rs 7,690 and is quite pocket friendly.

Mira Rajput Kapoor is definitely a boss lady when it comes to fashion. For her BFF Sejal Kukreja’s wedding in February 2021, Mira had stunned everyone with her chic fashion. For one of the functions, Mira had opted for a yellow chiffon saree and had looked like a YRF actress. Fashion designer, Anita Dongre shared a picture of Mira, wearing her label’s striped yellow chiffon saree with tassels on the pallu, which is named ‘Meera Saree’. 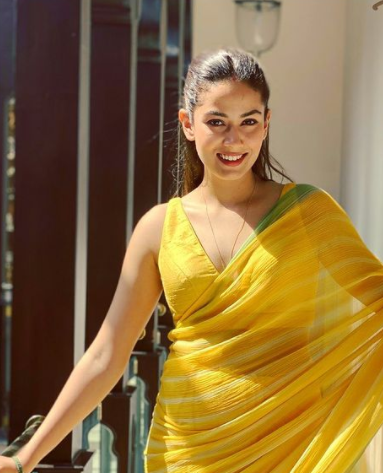 She had paired the saree with a deep plunging neckline blouse and added minimal accessories to it. She had also added an embroidered potli bag and went subtle on her makeup, with half of her hair pinned at the back. The price of the gorgeous saree was Rs 35,000. 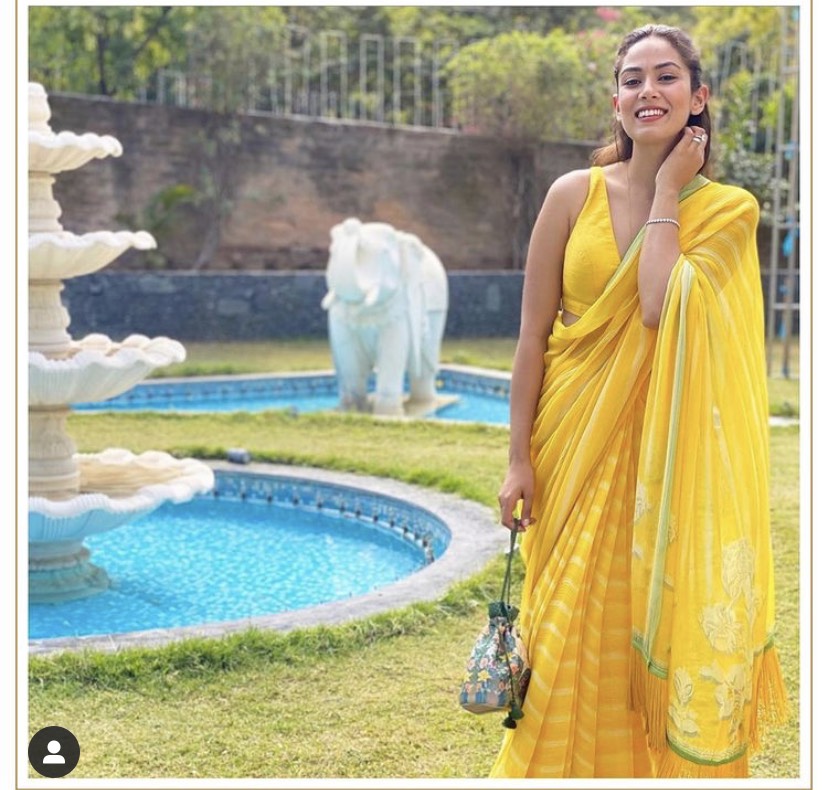 Shahid Kapoor and Mira Rajput Kapoor had completed five years of marital bliss on July 7, 2020. Mira had begun the countdown of her fifth wedding anniversary five days prior to their anniversary when she had reposted a fan page's post on her IG story and had written, “5 Days to 5 Years” atop it. On the fifth anniversary, Mira had expressed gratitude by sharing an unseen picture from her Gurudwara wedding with Shahid and had captioned it, "Gratitude" followed by a heart emoji. 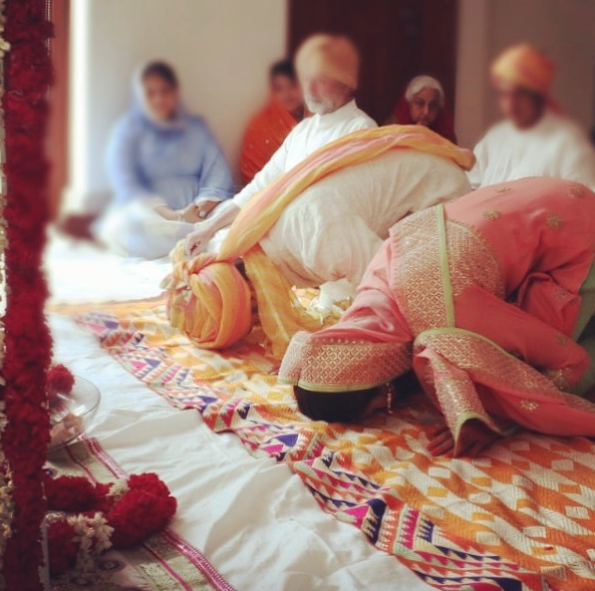 Mira can give any Bollywood actress a tough competition with her amazing fashion choices.