Manisha Koirala is a living inspiration for all those fighting with cancer. She never gave up in her three-year-long battle of fighting ovarian cancer. Scroll down as she spills the beans on the same!

We all have met at least one person, who has been fighting cancer and we all are well aware of the struggles and the pain that follow with it. Cancer is a foe that we all fright from and the entire family gets subjected to its outcome. The mere mention of the word 'cancer' gives us jitters and we all secretly pray for the well being of our close ones. Now, imagine those who are either fighting it or came out of it. The constant fear of cancer not only takes a toll on the health but also on the mind. (Recommend Read: Kamya Panjabi's '5 Days To Go' Post With Beau, Shalabh Dang Makes Us Wonder What Is She Hinting At)

However, once you win the battle, your entire world changes and a perfect example of this is Bollywood actress, Manisha Koirala. The actress wears the 'cancer survivor' label with utmost pride. It was in the year 2012 when she was diagnosed with Ovarian cancer. We remember in one of her interview with the IANS, she had talked about her fight and had termed it as a lonely journey. She had shared that the mere diagnosis of her cancer was 'death' for her. She had also penned a memoir titled, Healed: How Cancer Gave Me A New Life and it talks about her emotional journey. 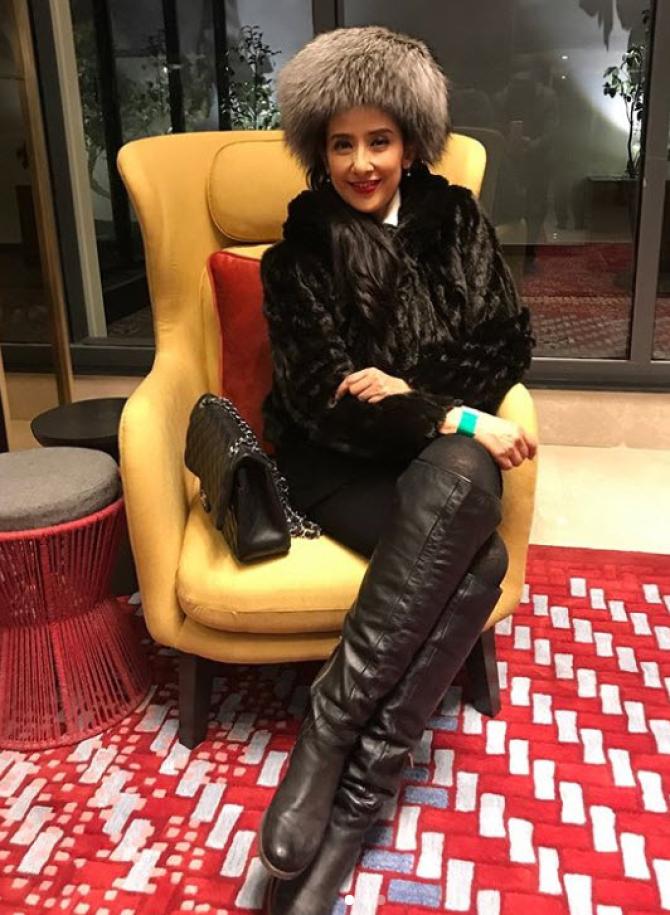 Recently, in an interaction with author-journalist, Sathya Saran, Manisha revealed that there was a time when she used to ask her doctors the much-dreaded question - 'how much time she has left'. But with the passage of time she had made peace with fear and death. She shared, "There was a time I would ask the doctors to give me a guarantee of how much time I have, but gradually, I made peace with fear and death. That’s what taught me to make the most of all I have, and it has now become an extension of my personality." (Also Read: 'BB 13' Contestant, Paras Chhabra's GF, Akanksha Puri Isn't Shocked That He Had 150 Ex-Girlfriends) Manisha's diagnosis came as a big shock as she was at the last stage of her Ovarian cancer, she had no films to work on and her marriage was broken. She further added, "I thought I had not lived my life fully; everything was baaki." The actress also talked about the time when she was declared cancer-free, and said, "Later, I discovered that not everyone is cruel or mean. People accepted and appreciated my journey and that gave me strength." 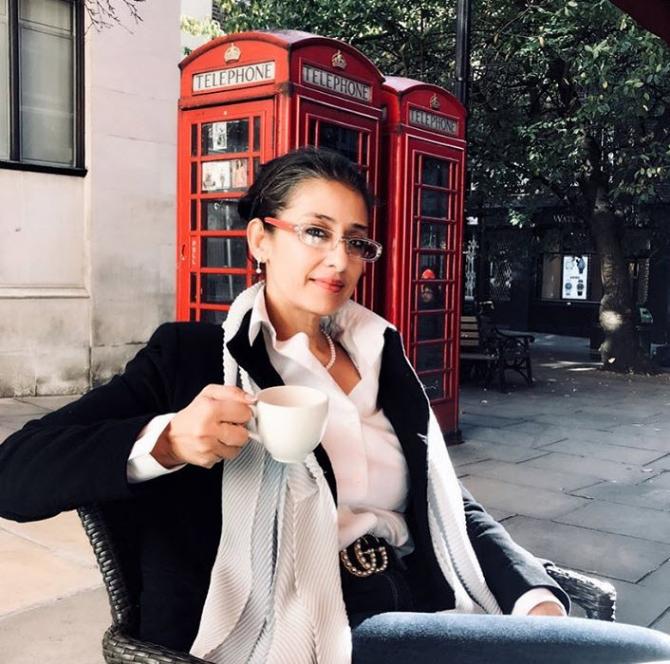 In an interview with India Today, Manisha had shared about her cancer treatment. She had shared how she was surrounded by positive people for six months and had shared that her friend, Zakia told her not to call her treatment 'chemo but a vitamin shot'. She had also opened up on the people who scare you and call chemo a poison and those were the people she chose to stay away from. 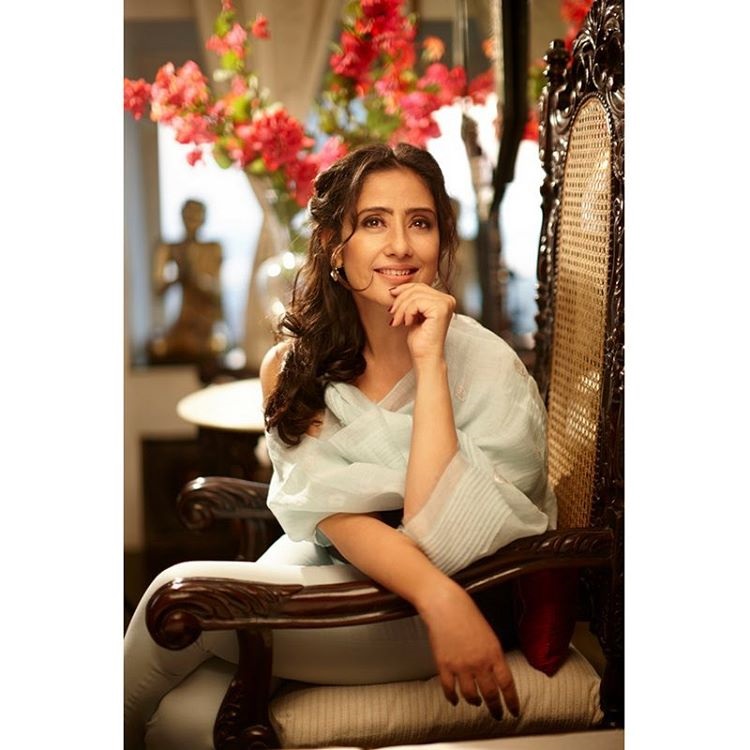 Manisha had also opened up on the people who disappointed her at that lowest phase of her life. But she turned the thoughts into positive ones and changed the way she viewed life. The actress had said, "Yes, I was upset with certain people who I was expecting to be by my side. But it also made me ask- "Have I been as good or have disappointed someone like this?" It made me change the way I deal with people. I now rather be there for friends in the toughest time. The superficiality is gone. Sometimes you don't even have to yap, you can just be there and make your presence felt.  All you need to say, "I am there if you need me for anything even if it is as at 12am." You don't need 20,000 people just two to three people whom you can fall back on in crisis hour. The six-month ordeal has made me value relationships and people a lot more. You realize what is essential and what's not in your life. If it is flight cancellation or being stuck in traffic, I don't get bogged down or upset. I don't see things from a worm's perspective but a bird's perspective. I smile at problems." 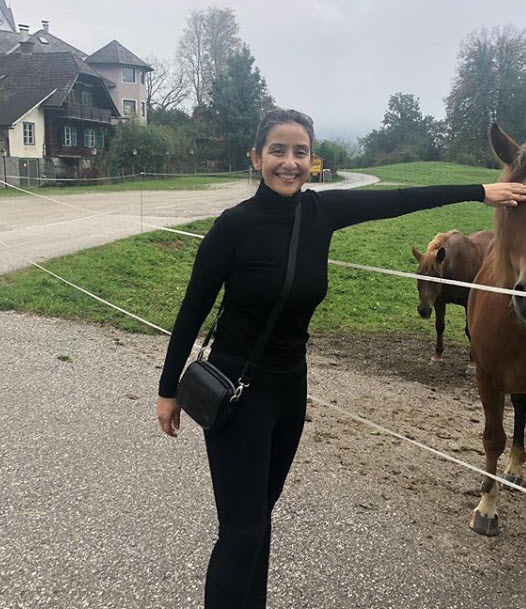 In an interview with the PTI, Manisha had shared that cancer came as a teacher to her and taught her to value life and not take people and her journey for granted. She had said that there was a time when she took life for granted and neglected her health and that's when cancer became a major lesson in her life. Now, she values her life and family more and tries to enjoy life as much as she can. 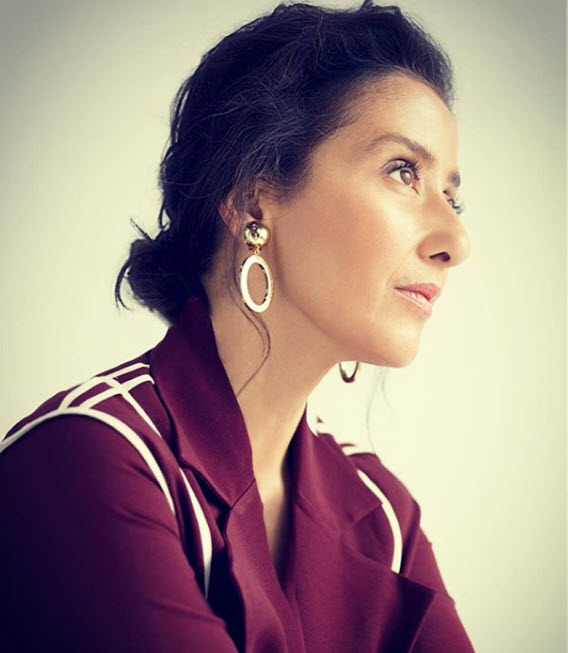 Manisha also shared in the same interview that there are not many cancer survivors stories from India and that gave her the courage to get up on her feet and tell her story to the world. She had stated that when she was sick and searching for positive stories, she couldn't find many. And in that moment she had decided that when she will get recover she will let the world know about her struggles. Hence, she came up with the memoir. (Don't Miss: Aasiya Kazi Pens A 'Miss You' Message For Beau, Gulshan Nain, Their Social Media Banter Is Hilarious)

Well, Manisha is definitely an inspiration for all of us!