Paras Chhabra is gaining more popularity due to his 'Bigg Boss 13' stint. Checkout what his girlfriend, Akanksha Puri feels when he recently said that he has had over 150 girlfriends in the past! ‘The course of true love never did run smooth’- this famous phrase from William Shakespeare’s, A Midsummer Night’s Dream holds supreme significance until today and will do so in the days to come. We mean, what’s a love story if there are no adventures, twists and turns in it? Also, would you like to offer a bland love story to your grandchildren when you have one? No right? And if Bigg Boss 13 contestant, Paras Chhabra and his ladylove, Akanksha Puri’s love story materialises into marriage, we bet that they are surely going to have an interesting one! (Do Read: Alia Bhatt And Ranbir Kapoor's Wedding Invitation Card Gets Viral On The Internet, Here's The Truth)

Paras Chhabra is gaining further impetus to his popularity, thanks to his good looks and his Bigg Boss 13 stint. Right from getting a bed to sleep in the middle of two women, flirting around with women in the house deeming that he is single, taking pangey with almost everybody and controversial statements, watching Paras on-screen in the house is every bit of entertainment! It was only recently, when Paras happened to engage in a casual conversation with co-contestant, Shefali Bagga, wherein he revealed that he has dated over 150 women in the past! And in a recent interview with SpotboyE, Paras’ girlfriend, Akanksha reacted to the same. 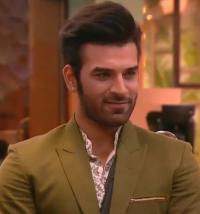 In the interview with the portal, Akanksha Puri did reveal that the revelation was ‘kind of’ new to her too, but she was also not shocked to hear about the number of women her boyfriend, Paras Chhabra had dated in the past. Akanksha also revealed that even if the number stated by him would be doubled, she would not have been surprised! Wondering why? Akanksha revealed it all in the SpotboyE interview, “I also discovered of this from the show and I think Paras will be the right one to tell you about all of them. For now, I can just say 'Wow, that's a big score'. He has been with many girls and has this flamboyant image. But being into a relationship is different and I don't think he must have been in a relationship with all of them.” 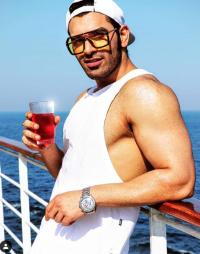 Akanksha Puri also revealed in the same interview that she still wasn’t clear as to why her beau, Paras Chabbra said so, “So I don't know in what context did he say it but yes, I am not really shocked with this number as I know he had a lot of relationships before. So agar woh 300 bhi bolta toh I wouldn't have been shocked. We guys don't dig much into each other’s lives.” When asked that Paras has admitted to the fact that he is still in touch with his first girlfriend although she is now married, the Calendar Girls actress shared that she certainly knew about it, “Yes, I know of it. But, they are just good friends. She is in touch not only with him but me as well. And I really don't mind it. She is not from the industry and a very nice girl I would say.” (Must Read: Kartik Aaryan, After Breaking Up With Sara Ali Khan Is Already On The Lookout For Somebody Else?) 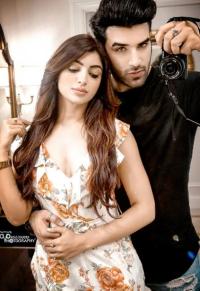 Akanksha Puri and Paras Chhabra have known each other for quite a while but had decided to test their love for one another before they had begun dating. After a vast array of linkup rumours with famous telly stars and being away from one another due to reasons best known to them, it was only in October 2018, when Akanksha had announced to the world that she is all taken, yet again. Sharing two almost similar pictures with one another, Akanksha had written, “It took me really long, 2yrs almost… it could have taken a day but what was meant to happen finally found its way!! It’s a big YES!! @parasvchhabrra #newbeginnings #committedforthefirsttime #letsdothistogether #youandme.” And the rest, as we say, is all in the ‘present’! 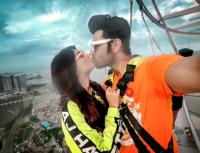 Lovers have their own unique ways of expressing their love for one another and our telly stars further pose as an exemplar on how and what to do just as right. On Akanksha Puri’s 27th birthday on August 26, 2019, the actress had gifted herself some major ‘ink’ for life! The Amar Akbar Anthony actress had tattooed her beau, Paras Chhabra’s first name on her wrist bordered by Krishna’s flute. In an interview with TellyChakkar, Paras had shared, “I stole Akanksha’s signature and surprised her on this Valentine's Day.” Akanksha had also taken to her Instagram stories and had shared sneak peeks of her birthday celebrations.  (Also Read: Samantha Akkineni Posts An Adorable Pic Of Hubby, Naga Chaitanya With Their Pet And It's Adorable) 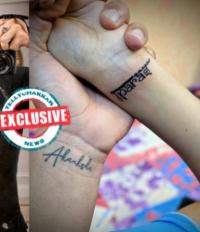 Guys, how do you think Paras is faring in Bigg Boss 13? Keep us posted!