Malaika Arora doesn't like to skip a single gym day. Recently, the actress was spotted donning one of her beau, Arjun Kapoor's trademark pieces from his wardrobe. 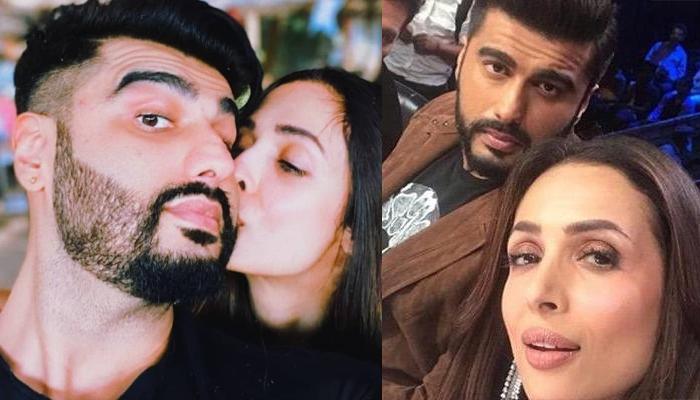 We have heard a lot of people saying "make fitness your best friend, and you’ll l never walk alone in the forest of life." No wonder we have seen a lot of people hitting gyms, right after their heartbreak. The reason behind this isn’t the fact that a great physique is what makes you attractive (it’s still a fact) but the multiple benefits like discipline, mental strength, and positivity that it transcends into your body every day. The mentality is one of the key aspects behind a peaceful and thriving life, and if you’re not mentally sound then you’re going to faint in front of every obstacle smoothly. (Recommended Read: Sanjeeda Sheikh Shares A Cryptic Post After Friends Confirm Her And Aamir Ali's Separation)

There are tons of motivational videos and inspirational people in the jungle of social media that are teaching people, the gains of a healthy and fit life. In recent years, we have seen this fitness trend getting extreme hype. One of the prime reasons is the fact that celebrities have started posting their gym and workout sessions on social media. From Hollywood’s, Dwayne Rock Johnson to Bollywood’s, Malaika Arora, there is an uncountable number of people giving #FitnessGoals to their fans out there. 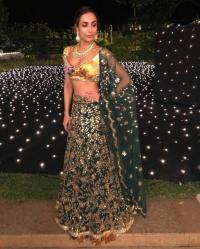 In Bollywood, there are too many names that are ruling the fitness world on social media right now. But, Malaika Arora is one of the few stars, who is promoting the significance of fitness long before it was considered cool. Even after all this long time, it’s hard to keep your eye off from this stunning and sumptuous diva. Everyone knows the fact that Malaika doesn’t like to skip a single gym day and is the reason why she holds a figure that millions of people dream of having. However, we found something adorable in her recent visit to the gym, as she was spotted wearing her boyfriend, Arjun Kapoor’s beloved black Yankees cap. Talking about her overall outfit, Bollywood’s, Munni looked sassy in her cool zipper and shorts.

We all know that Panipat star, Arjun Kapoor is a die-hard fan of the American basketball team, Bronx Yankees and holds a huge collection of these Yankees caps in his wardrobe. Last year, he also shared a picture of himself on his Instagram account as he delivered some #Wednesdaywisdom to his followers. In the picture, we could see him in a classy black tee along with denim. Here’s his post down below, have a look. (Also Read: Hrithik Roshan's Mom, Pinkie Shared Unseen Pictures From His Brain Surgery, Calls Him An Inspiration) 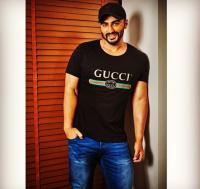 There’s no doubt to the fact that Malaika and Arjun are genuinely in love with each other. However, at the start of their relationship, there were a lot of people pointing fingers on the couple's bond. But, the two stood together in challenging times. And, it was on June 26, 2019, when our dear Malaika had finally confirmed her relationship with Arjun Kapoor. The actress had posted a picture of herself holding hands of her beau, Arjun Kapoor, along with a caption full of love. The caption could be read as, "Happy birthday, my crazy, insanely funny and amazing Arjun Kapoor. Love and happiness always!". The Bollywood actress posted this beautiful picture of the two as a gift to her boyfriend Arjun, as it was his 34th birthday. 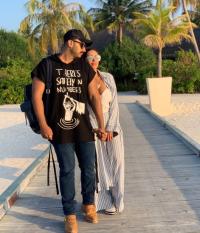 Since then, the whole nation is rooting up to listen to those magical wedding bells of this power couple. Malaika has been asked in several interviews about her marriage plans. But, the actress seems to doge them all with the one simple answer that, things like marriage aren’t predictable. However, in an interview with Zoom TV, Malaika had revealed that she’s extremely happy at the moment in both professional and personal life. The actress had revealed, "I think happiness is a state of mind and yes, why to go into histrionics. Yes, I am happy, why have so much explanation, yes I am happy. In the business (showbiz), everybody is at the receiving end of all of this (speculations about marriage). No one is spared of these kinds of conjectures so to speak. Like we have said, there’s no marriage on the cards right now." (Don't Miss: Priyanka Chopra Jonas Made Heads Turn As She Stepped Out In A Thigh High Slit Dress Worth Rs 1 Lakh)

Well, we hope to hear those wedding bells from Malaika and Arjun soon! A simple brush of love can turn you into the happiest person in the adventure of life. But we have to be extra careful when it comes to selecting the right co-pilot in the flight of life (if you know what we mean). One mistake and you are often forced to