Mahhi Vij On Failed IVFs And Pregnancy, Reveals Daughter, Tara Was Her Only Chance To Become A Mom

Mahhi Vij On Failed IVFs And Pregnancy, Reveals Daughter, Tara Was Her Only Chance To Become A Mom

In a recent interview, Jay Bhanushali's wife, Mahhi Vij talked about her challenging pregnancy journey and shared that her daughter, Tara was her only chance to become a mom.

One of the popular celeb couples of Indian Television, Jay Bhanushali and Mahhi Vij rule millions of hearts with their mushy romance. However, their daughter, Tara Jay Bhanushali has greater popularity, and she has become a social media sensation. For the unversed, it was on August 21, 2019, when Mahhi Vij and her husband, Jay Bhanushali were blessed with a little angel, whom they've named, Tara. However, Tara is not their first child as they had adopted their caretakers' kids, Khushi and Rajveer after seven years of marriage.

Now, in an interview with a leading media portal, Mahhi Vij opened up about her pregnancy journey and recalled the tough time when her daughter, Tara was born prematurely. The actress shared that her daughter was her only chance to become a mommy through IVF and revealed that her hubby, Jay was against surrogacy. She also spoke about how she had to leave her daughter in NICU for a long time.

In an interview with Bollywood Bubble, Mahhi Vij opened up about her challenges in getting pregnant and revealed how she craved to hold her baby in her arms. She also spoke about the complications she had faced with her pregnancy and revealed that the doctors had advised her for surrogacy. However, it was her hubby, Jay, who had wanted to enjoy their pregnancy, journey so he had asked her to give it a last try. Talking about the same, Mahhi said:

“I have had IVF when I was 32 and it did not click then, obviously I was told by the doctor that I will have to choose IVF. But at a later stage, the doctors told me to go for surrogacy. Jay wanted to enjoy the nine months, the full period of having a child. Also going to doctors each month for sonography. He said that “I want to enjoy the journey so this is going to be the last try and after this, I will not Force you.” Because you know IVF is not an easy journey. There are ups and downs and emotionally you feel drained even your health goes for a toss and you put on weight so you give a lot when you are delivering." Luckily, Mahhi had got pregnant with her daughter, Tara, and things had become much easier for her. The then-mommy-to-be used to take injection shots happily as it was for her baby's well-being, and she would feel no pain at all. Sharing that she was happy to bear it all, Mahhi said:

"So Tara was our last try and it clicked and after that even if 100 injections were given to me they were not painful. Because I knew this is for my daughter for her well being. Because when I got pregnant I used to get shots for a long time. But I was happy as this was part of the process. See we cannot expect that all the things in life will move smoothly."

Also Read: Dia Mirza Reveals How Her Step-Daughter, Samaira Has Saved Her Number On Her Phone, It's Hilarious 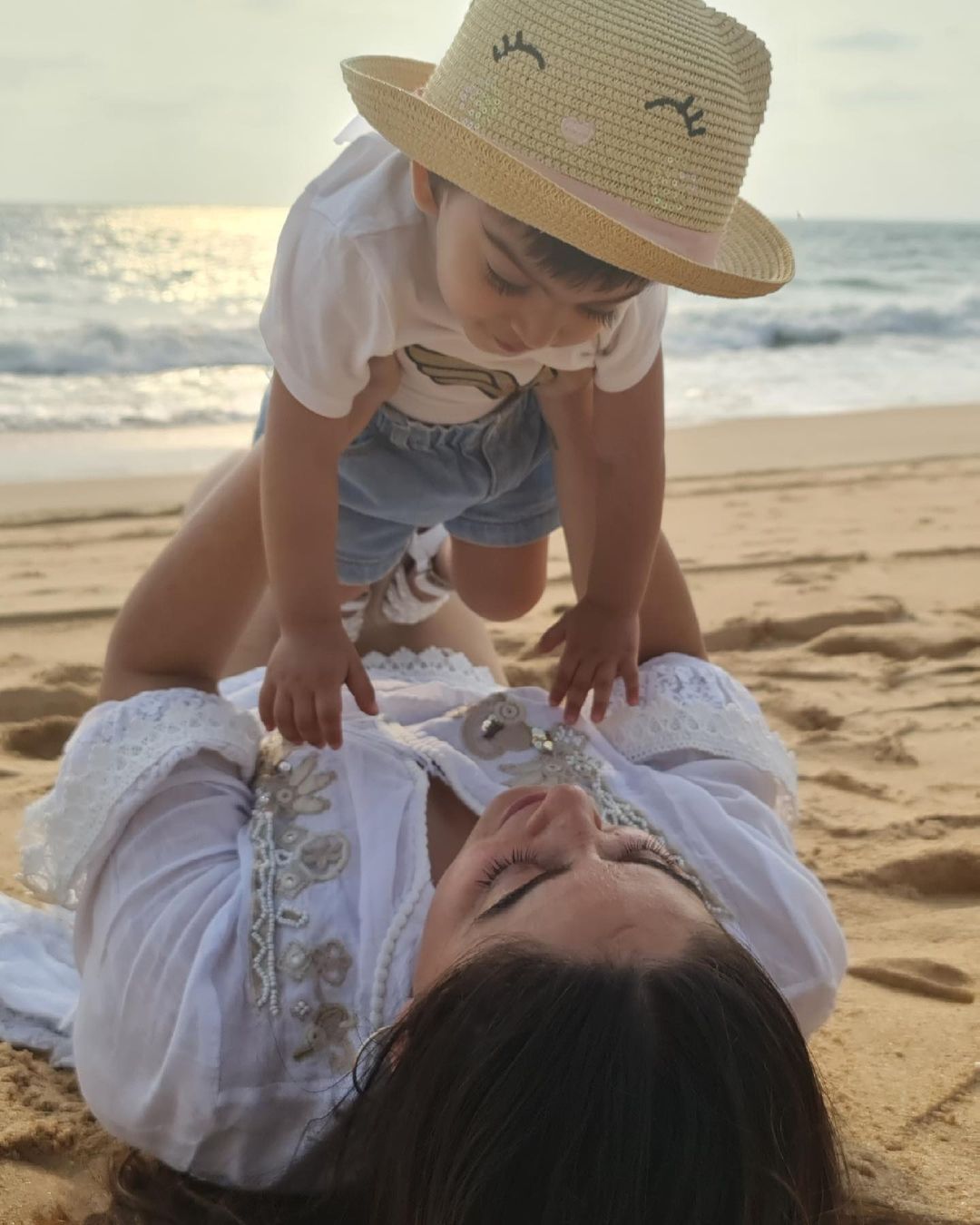 However, when Tara was born, she was premature and thus, she had to be kept in NICU under doctor's observation. Recalling those difficult days, Mahhi revealed that she had broken down when her daughter was not leaving the ventilator and added:

"There will be ups and downs and God knows that this person can bear the pain and will come out winning. I did come out stronger. Then Tara was born as a premature baby. That time also I broke once when she was not leaving the ventilator, but otherwise, I was very positive I thought she will be better soon. This is her part where she has to be in the NICU. She is in good hands getting the best treatment and we have done no wrong so nothing wrong will happen with us.” 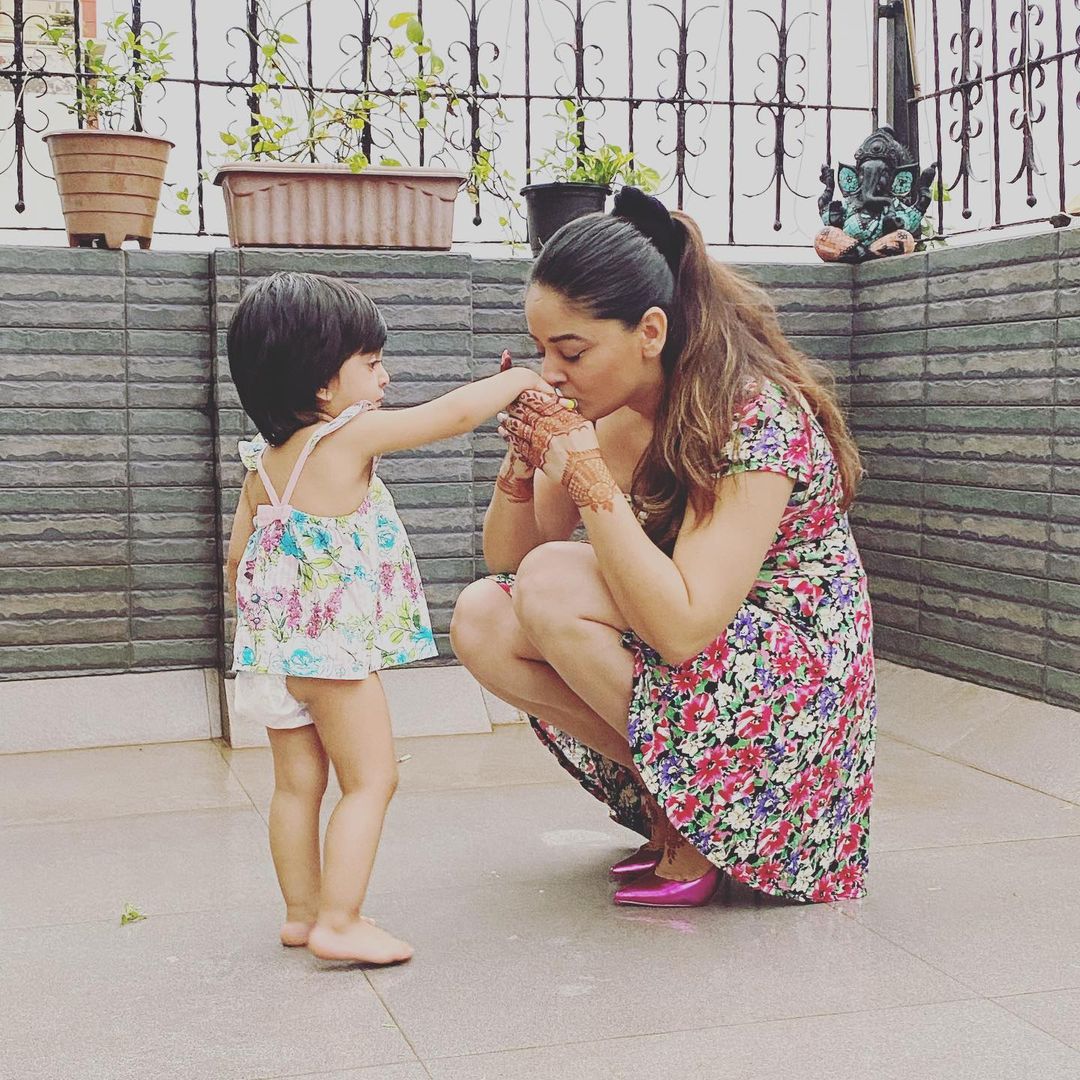 Well, Tara is the apple of the eyes of not only her parents but the entire nation!