Mahhi Vij and Jay Bhanushali’s little girl, Tara got her 'mundan' ceremony done and the family has celebrated the occasion by dancing on the song, 'Bala'. Check out the video inside! Watching your child grow is a magical feeling for every parent. From nurturing the little one in the womb to holding them in arms, from teaching them to walk to watching them run on their own, every parent feels that the time passes with a lightning-speed. And just like that, every parent celebrates every ‘firsts’ of their child with love in their heart and happy tears in their eyes. Mahhi Vij and Jay Bhanushali’s little girl, Tara got her mundan ceremony done and the family has celebrated the occasion with happiness. (Also Read: Gauahar Khan And Zaid Darbar To Tie The Knot On This Date At This Grand Venue [Details Inside])

It was on November 18, 2020, when papa, Jay Bhanushali had announced to his fans that his baby girl, Tara is going to have a mundan ceremony on November 19, 2020. Taking to his IG handle, Jay had shared a reel holding Tara in his arms, lip-syncing to the song, Teri Ore. In the caption, he had announced Tara’s mundan and how for a while people will not be able to see her silky tresses. He had written, “Tom is mundan of @tarajaymahhi dekhlo jitna dekhna hain phir kuch time ke liye no hair.” And now, that the baby girl is done with her mundan, the family cannot stop sharing pictures and videos from the ceremony of the little one.

Tara has gone bald now and her cuteness has not decreased even an inch. The family is doing everything to celebrate this big milestone of Tara’s life and now, we got hold of a cute video of Vij-Bhanushali family. On Tara’s official IG handle, a cute video of the family has been posted in which, Tara can be seen in her daddy, Jay’s arms and Mahhi, Khushi, Rajveer, and Mahhi’s mother in the background. As soon as the song, Bala started, Jay and Tara joined the family in the background and started doing the hook step of the song and we loved it. Along with the video, a cutesy caption of Tara complaining about her family making fun of her was written, and it can be read as “Are they making fun of me kuch kehna hai aapko.”

Earlier, the doting mommy, Mahhi had shared glimpses of Tara’s mundan ceremony as she and Jay had held a puja in their house before the ceremony. Mahhi had also shared a video with Tara, wherein she had held her baby girl in her arms, singing Tara’s favourite rhyme, Lakdi Ki Kaathi to distract her. Along with Mahhi, her mother and Tara’s siblings, Rajveer and Khushi too had looked happy as they had sung along Mahhi and had cheered for Tara. (Also Read: Aishwarya Rai And Abhishek Bachchan Remember Her Late Father Krishnaraj Rai On His Birth Anniversary) 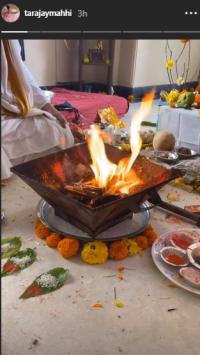 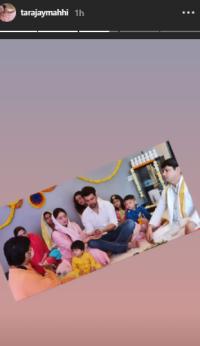 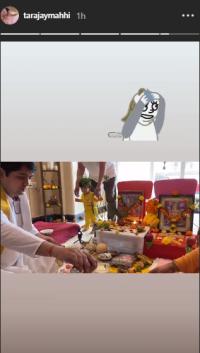 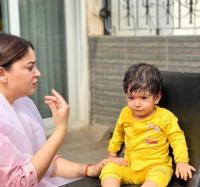 After creating anticipation in their fans, Jay and Mahhi had shared the pictures of Tara’s bald look. Jay had taken to his Instagram handle and had shared the after-look of his little girl, Tara. Jay had posted a cute video of Tara, and had written, "Before and After....my Bala @tarajaymahhi #mundan #boldandbeautiful #bold #boldgirl." Mahhi had also shared the first look of her baby girl, Tara looking super cute in a bald look. In the picture, we could see the mother-daughter duo looking gorgeous their respective ensembles. Along with it, she had written, "My taklu @tarajaymahhi." 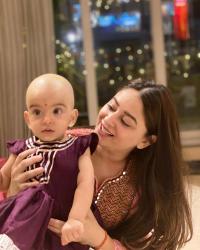 Tara doesn’t like haircut sessions and her first haircut was proof of it. Jay and Mahhi had taken their princess, Tara to get her first haircut done on August 21, 2020. We had gotten to witness Tara's first haircut on her official Instagram page, which is managed by her mother, Mahhi. The mommy had shared a cute picture of Tara’s first haircut, however, the little girl had not liked the process as she could be seen crying. The picture was captioned as "They cut my hair. Can you see that teardrop." (Recommended Read: Allu Arjun And His Wife Sneha Reddy Share Cutest Wishes For Their Daughter, Arha On Her 4th Birthday) 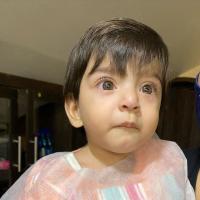 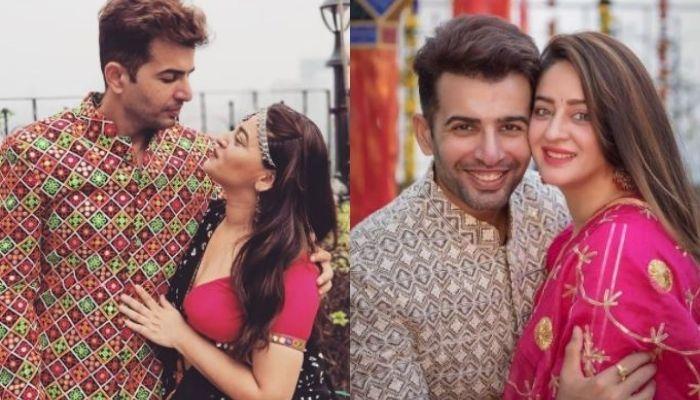 A relationship gets stale and boring after the honeymoon phase and thus, it requires a lot of efforts from both the partners to keep it fresh and alive. That is probably why we all look for a partner, who is romantic and humorous so that we can sail the boat of