South Indian actress and doting mommy, Namrata Shirodkar is known for pouring her heart with no filter in interviews and while interacting with her fans on social media. The gorgeous actress is the wife of South superstar, Mahesh Babu and they're often called as the best couple of the film industry. The couple had tied the knot in 2005 and is blessed with two kids, Sitara and Gautham. The cute little family never fails to impress us with their strong bond with each other and always gives us major family goals. (Recommended Read: Jacqueline Fernandez Meets Mother, Kim Fernandez After 10 Months And Heads Straight to This Place)

However, Mahesh Babu's wife, Namrata Shirodkar is in a massive controversy at the moment, as she is being allegedly linked with the ongoing drug controversy. And, the actress is facing severe trolling from her husband's fans all over the internet. Scroll down to know it all! According to a report by the news channel, Aaj Tak, it has been reported that the NCB has found popular South superstar, Mahesh Babu's wife, Namrata Shirodkar's name in talent manager, Jaya Saha's drug chats. Also, it has been reported that Namrata had contacted Jaya for some MD during one of her parties in Mumbai and her message can be read as "You have promised me to provide a good MD in Mumbai. Let's party together when I get the MD." So far nothing has been stated by NCB, but the online trollers have started trolling Namrata mercilessly for her alleged involvement in the drug nexus. After which, the actress has turned-off her Instagram's comments section. Take a look at some of the mean comments: 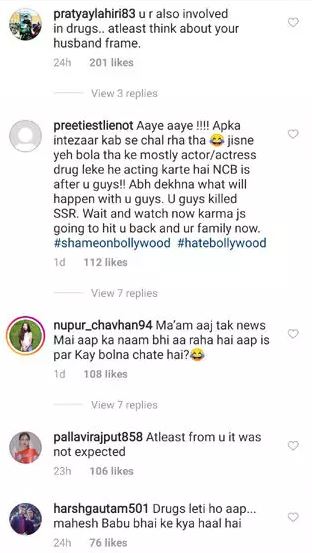 So far, Mahesh Babu and Namrata Shirodkar have decided not to react on the ongoing controversy at this point of time. Meanwhile, no comments have been made by NCB over Namrata's involvement in the ongoing drug controversy, and everyone is anxiously waiting to hear a word from them. Talking about Namrata and Mahesh, then the doting couple is living one of the best phases of their lives at the moment. A glimpse of which Namrata had shared on September 21, 2020, as she had shared a beautiful picture with her hubby along with a heartfelt note and it could be read as "The more I think, the more I'm convinced the root cause of our Being, is governed by love. Love is the only emotion that makes us live happy lives .. kindness, empathy, compassion all stem from this emotion of love. Love is the truest n highest form of being evolved !! This is my perception !! So be loving and be kind and be compassionate people to each other !! We have one life to live and one life to give." Take a look: On August 9, 2020, Mahesh Babu had turned a year older, and Namrata had taken to her Instagram handle and had posted a cutesy picture with him. In the picture, we could see the duo sharing a sweet moment as Mahesh Babu had given a peck on Namrata's forehead. Alongside it, Namrata had penned a sweet note, which could be read as "True love is how I experience it with YOU. Happy Birthday ,MB. I love you, now and always. @urstrulymahesh." Check it out below: (Don't Miss: Asim Riaz Is Proud Of GF, Himanshi Khurana As She Comes Out In Support Of Farmers And Joins Them) 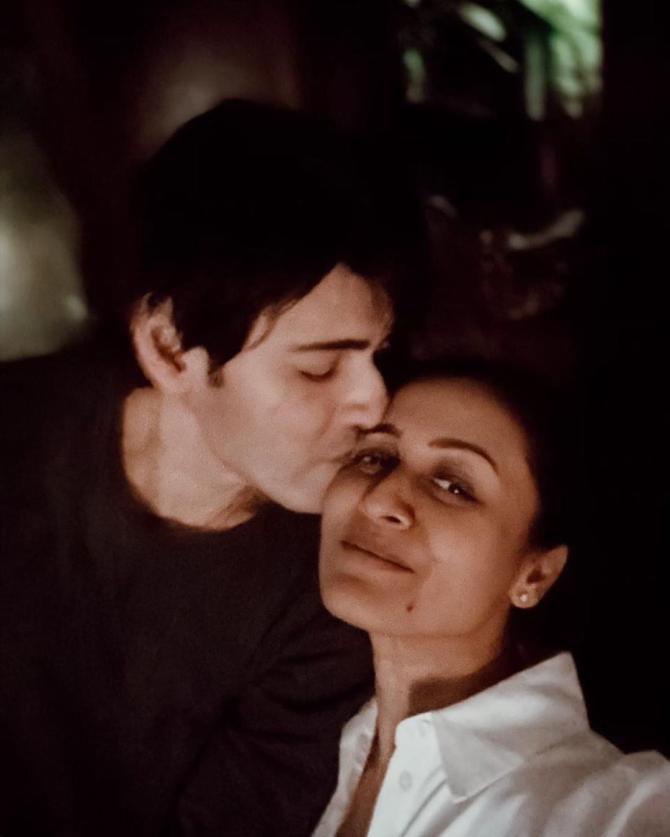 Once in an interview with the Deccan Chronicle, Namrata had shared her views on being called the force behind her husband, Mahesh's fantastic career. She had said, "You know, people believe Mahesh does what I ask him to. That's not true. He may look shy and gentle, but, he knows his mind. All his career decisions are taken by him, although he does share the plot and script idea with me casually. Yes, if he dresses differently from the other actors in Andhra Pradesh, I could have influenced his sartorial choices." (Also Read: Sussanne Khan Gives A Virtual Tour Of Her Plush House, Ex-Hubby, Hrithik's Comment Is Unmissable) 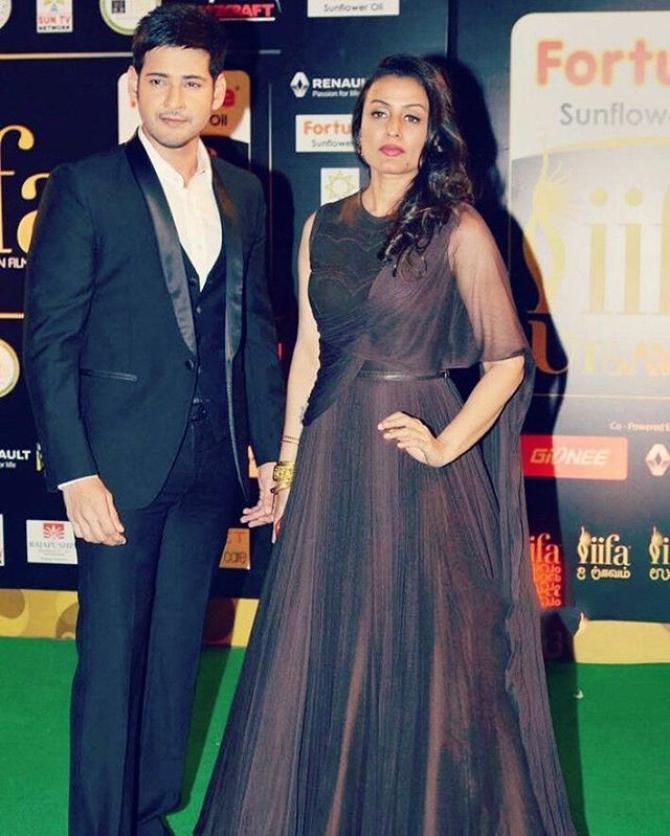 What are your thoughts on Namrata being allegedly named in the drug controversy? Let us know!