Here's everything you need to know about the Chief Minister of Maharashtra, Eknath Shinde's wife, Lata Shinde and how she had played a major role in his political success. Check it out!

The famous politician and Shiv Sena rebel, Eknath Shinde had taken oath as the new Chief Minister of Maharashtra on June 30, 2022. The appointment of Eknath as the new CM had left everyone by surprise and was a historic day in the history of Indian politics. After reportedly getting solid backing from Bharatiya Janata Party (BJP), Shinde successfully replaced the Shiv Sena leader, Uddhav Thackeray, in a historic turn of events in Maharashtra's state politics. Eknath Shinde was a huge admirer of late legendary supremo, Balasaheb Thackeray and had always voiced to follow his ideologies.

However, when he had rebelled against Shiv Sena publicly, many people had questioned his loyalty, but the numbers were behind him. As a result, Eknath Shinde successfully ran down the fortunes of Shiv Sena leader, Uddhav Thackeray. The new Chief Minister is eyeing some big changes in his state, and with lots of backing from the people, no wonder Eknath Shinde is motivated to do his best for the people of Maharashtra. However, do you know that a woman deserves a lot of credit for Eknath Shinde's appointment as the new Chief Minister of Maharashtra? Scroll down to know it all! Since Eknath Shinde was appointed as the new Chief Minister of Maharashtra, people have been talking about his political journey. However, not many people know that Eknath Shinde's wife, Lata Shinde, deserves more recognition and applause for her contribution to her husband's political success. She was the lady, who had been with him since the time when he used to drive an auto-rickshaw on the streets of Mumbai. Here's everything you need to know about Lata Shinde, who has been behind her husband like a rock all these years. So without further ado, let's jump straight into it! 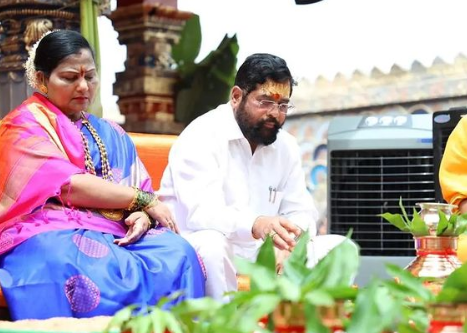 Maharashtra's Chief Minister, Eknath Shinde's wife, Lata Shinde has played a major role in her husband's political career. The doting wife hails from Satara but had moved to Thane for better work opportunities. Although she was never involved in politics, Lata had played a crucial role in making her husband worthy of the success he is enjoying at the moment. If the reports are to be believed, Lata Shinde is also a big fan of Bollywood actor, Shah Rukh Khan and actress, Deepika Padukone. Scroll down to know how Lata Shinde has always been a constant support to her husband in all these years.

When Eknath Shinde used to drive an auto-rickshaw in Thane

Filmmaker, Karan Johar Opens Up About The Online Hate He Receives Over His Bond With Alia Bhatt

Tara Sutaria Opens Up About Her Bond With Boyfriend, Aadar Jain, Says 'We Are Similar' 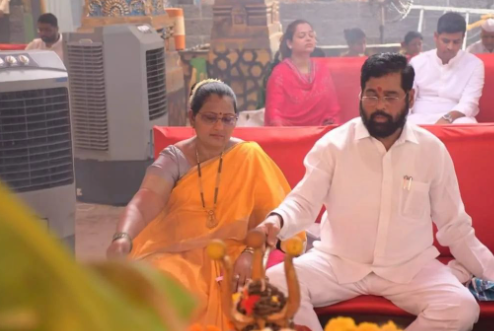 After completing class 11 from Mangala High School and Junior college in Thane, Maharashtra, Eknath Shinde had started doing odd jobs to support his family financially. While he was growing up, Eknath had developed an interest in politics. Hence, he had decided to be a sainik in Shiv Sena. Soon he had got married to Lata, and even at that point in life, Eknath Shinde was still struggling to make ends meet. 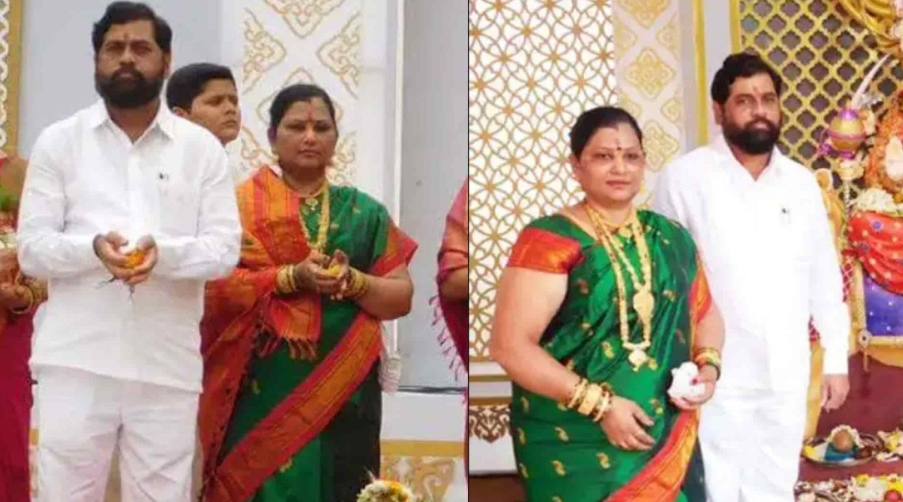 Hence he had decided to drive an auto-rickshaw in Thane, Maharashtra. Back in those hard days, Lata Shinde had become her husband's biggest strength, as she had always shown confidence in him and told him that he was destined for bigger things in life. With his wife's confidence and solid backing, Eknath Shinde had started to grow on the professional front. It was his wife's support that he had soon become a labour leader at Wagle Industrial Estate.

Don't Miss: When Indian Billionaire, Gautam Adani Was 15 Feet Away From Death During The 26/11 Mumbai Attacks 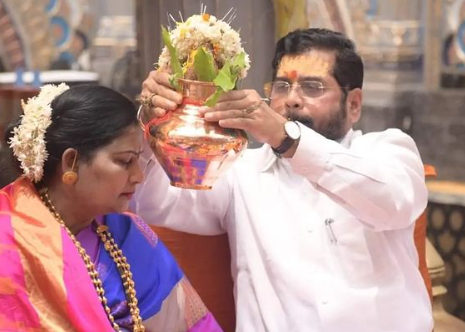 Everything was going quite good in Eknath Shinde and his wife, Lata Shinde's married life. The couple were proud parents to their three kids, Dipesh, Shubhada and Shrikant. However, on June 2, 2000, Eknath and Lata's three children were enjoying their time in a lake near their father's native village. But a tragedy had happened, and it had changed everything for the Shinde family. The boat in which the three kids were boating capsized in the lake. The tragedy had resulted in the deaths of Eknath and Lata's two kids, Dipesh (11-year-old) and Shubhada (7-year-old). Luckily, Shrikant had managed to survive the accident.

Eknath Shinde had quit politics after his kids' death 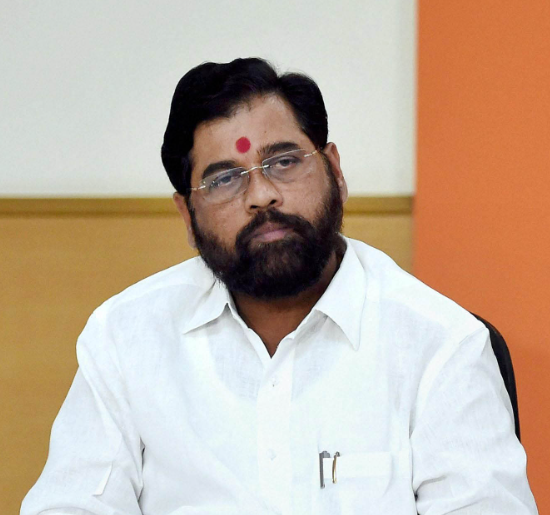 Losing his small kids to death was way too much to accept for Eknath Shinde. As a result, he had quit politics and had locked himself inside a room. Back in that time, Eknath had started avoiding everyone and used to sit in silence inside his room for weeks and months. Soon he had gone into depression.

Lata Shinde brought her husband, Eknath Shinde, out of depression Although Lata Shinde was also completely heartbroken after the demise of her kids, she had still managed to lift herself up, knowing that there were still some things in her life that needed her attention. However, it was a major task for her to bring her husband out of depression, but somehow she had managed to do it. Their son, Shrikant had also played a major role in bringing his father back to everyday life. 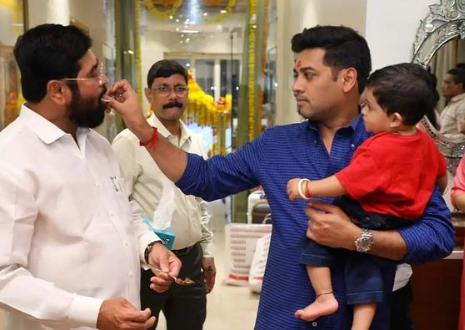 As of now, Shrikant is a second-term Parliament Member from Kalyan and an orthopaedic surgeon. No wonder Lata Shinde had done the right thing by bringing her husband, Eknath Shinde, out of depression as it had saved their entire family from collapsing into the never-ending void of sadness.

You May Like This: Benny Dayal And Catherine Thangam's Love Story: From Leaving Modeling For Him To Leaving New York Eknath Shinde and Lata Shinde live with their son, Shrikant Shinde and their daughter-in-law, Vrushali and their grandson, Rudransh. However, what's interesting and heart-melting about their bungalow in Mumbai is that Eknath and Lata have renamed it Shubhdeep in the memory of their late kids, Dipesh and Shubhada. 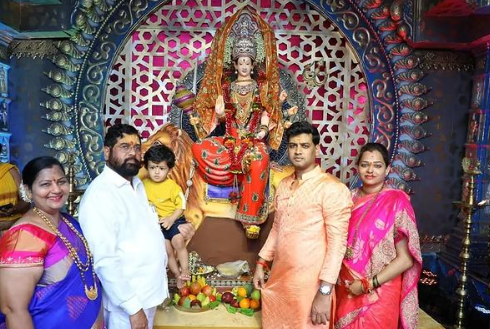 It's rare to find a life partner like Lata Shinde in today's world, who never left her husband's side for once. From supporting Eknath when he was an auto-rickshaw driver to bringing him out of depression following the death of their kids, Lata Shinde deserves more recognition for the part she continues to play in the life of Manaharashtra's new Chief Minister, Eknath Shinde.