Marriage is a sacred thread which binds two lovers into a beautiful relationship. The lovers who are always seen sharing mushy and romantic pictures with each other culminate their relationship with the sacred thread of marriage. Madhuri Dixit ruled the era of the 90s and at the peak of her career, she decided to settle down with the man of her dreams. Madhuri Dixit, who is known as the ultimate Bollywood diva has always managed to blow our minds with her splendid performances. The ultimate beauty has been ruling hearts with her evergreen smile and her beautiful dance moves. (Also Read: 'Taarak Mehta Ka Ooltah Chashmah' Fame, Priya Ahuja Rajda Looks Gorgeous In Her Baby Shower Pictures)

Madhuri proved the lines of Somewhere Someone Is Made For You from the movie Dil To Pagal Hai when she married Dr Sriram Nene on October 17, 1999. Although she broke many hearts when she decided to tie the knot with her dream man. Madhuri’s marriage came as a surprise to all her fans as she was already an established star during that period and her husband was unaware about her popularity. 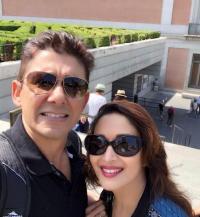 On October 17, 2019, Madhuri and Sriram completed 20 blissful years of marriage and celebrated their wedding anniversary on Karwa Chauth. On October 17, 2019, Sriram took to his Instagram handle and posted a special note for his wife, Madhuri which could be read as "Have spent 20 years together living the dream. Have raised kids, brought down the house with laughter together, and built things for everyone, Looking forward to a lifetime with my soulmate, @madhuridixitnene and making the world a better place to live." 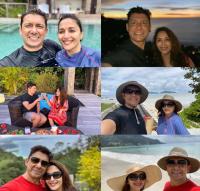 Madhuri and Sriram are vacationing in Seychelles for their 20th wedding anniversary and The Kalank actress posted an array of lovely pictures with hubby, Sriram and captioned the pictures as “Happy anniversary @drneneofficial Here's to many more years of being in love & celebrating life!” 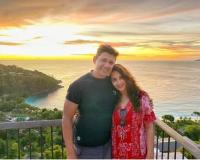 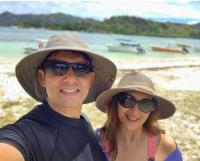 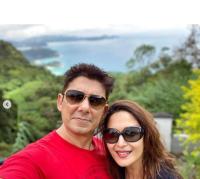 In an interview with the Dailyhunt, Madhuri talked about her first reaction when she had met Dr Nene, she had revealed, “It was very wonderful because I was very surprised to know that he didn’t know that I am an actress and I work in Hindi film. He was really not aware of all that. So, it was wonderful (laughs)”. (Also Read: Alia Bhatt Shares Adorable Picture With Sister, Pooja Bhatt, From The Sets Of 'Sadak 2') 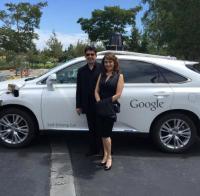 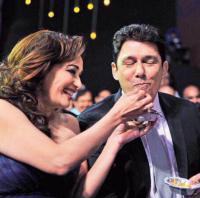 In another interview with a leading publication, Madhuri had talked about her life after she had tied the knot with Sriram. She had stated, “Marriage changes all of us to some degree, no matter what people say. Some of the changes are common to all marriages like your schedules and time with family, etc. It’s great to have a life partner you can depend on. At the same time, you now have to look out for the family unit. In our case, the issue of her being a celebrity makes some things difficult or impossible. This is more the case in India than in the US. However, it hasn’t really changed my identity or personality.” 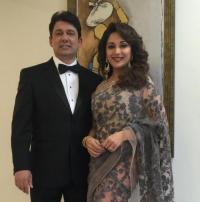 On May 15, 2019, Madhuri had celebrated her 52nd birthday, and the doting hubby, Dr Nene had made sure to make it super-special. He had taken to his official Instagram handle and had written, “To the most beautiful woman on the planet and my own soul mate, wanted to wish you a very happy bday and many happy returns. Loving the journey, we are on and look forward to amazing things in the future! Love R.” In an interview with SpotboyE, Madhuri had revealed the secret of her successful marriage with Dr Nene. The Dhak Dhak girl had remarked, “We often go out, just the two of us. Ram and I also make it a point to give total attention to each other; we just forget the world. That strengthens our bonding.” And when she was asked why she had left her career, she had retorted, “Because I was in love.” (Also Read: Mahhi Vij Celebrates First Karwa Chauth Post Motherhood, Hubby Jay Bhanushali Shares Pictures)