Pooja Bhatt and Alia Bhatt share a close rapport with each other. On October 18, 2019, Alia Bhatt took to her Instagram handle and shared a lovely picture of herself with her sister, Pooja Bhatt. 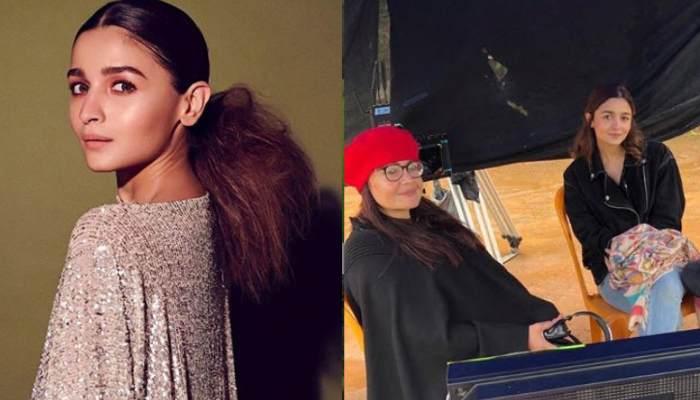 A sister is God’s way of proving he doesn’t want us to walk alone. Having a sister means you always have somebody to hold you when you fall. There is no better friend than a sister. They fight with us, complain about us, take our belongings but still, they are the only one who understands our unsaid emotions as well, the one who is there for sharing laughter and wiping tears. (Also Read: Mahhi Vij Celebrates First Karwa Chauth Post Motherhood, Hubby Jay Bhanushali Shares Pictures)

Pooja Bhatt is one such sister of the Bhatt family who has always been extremely protective towards her siblings. Pooja is Mahesh Bhatt’s daughter from his first marriage, who is extremely close to her father and shares an equal rapport with her sisters too. Although Alia and Pooja are step-sisters but their love for each other is non-measurable. 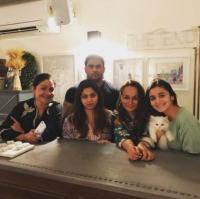 On October 18, 2019, Alia Bhatt took to her Instagram handle and shared a lovely picture of herself with her sister, Pooja Bhatt from the sets of Sadak 2, where the two sisters are looking at the opposite directions. Alia wore a white top with blue jeans and Pooja opted for an all-black look. Alia captioned the picture as “priceless moments with the big sister..  #sadak2 #sadak2diaries.” The same picture was shared by their father, Mahesh Bhatt too and his caption could be read as “My daughters make my existence sparkle ! ( On the ‘sets’ of SADAK 2 day 40 ).” 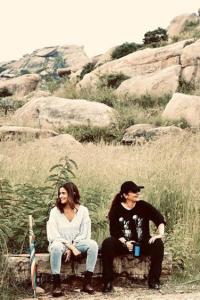 On February 24, 2019, Pooja Bhatt had turned 47 and it was her half-sister, Alia Bhatt, who had posted the most adorable wish for her elder sister. Alia had taken to her Instagram handle and had posted a picture of herself with her sister and had written, “Happyyyy birthday to the strongest most honest person in our family. You are all things special. My big beautiful sister” atop it. (Also Read: Vivek Dahiya's Unique Karwa Chauth Gift To Wife, Divyanka Tripathi Dahiya Will Make You All Jealous)

On Anupam Kher’s chat show, Kuch Bhi Ho Sakta Hai, Alia Bhatt had opened up about her relationship with her step-sister, Pooja Bhatt and had revealed, “Recently it’s (her relationship with Pooja) become much better. As a family we’ve grown really close. People always tell me ‘Oh you have a step sister, a step mother’ and all that, but it has never affected me. Our family is very real and we’re very honest with each other. There’s no façade and no fakeness. So, when we spend time together, we genuinely spend time together.”

As per a report by Miss Malini.com, Pooja Bhatt was asked about Alia and Ranbir’s budding romance. Pooja while dodging the question had stated, “You got to ask Alia! You can ask me about my personal life. You cannot ask me about my sister’s personal life because I ain’t telling, darling!” When asked, how does Pooja tackle with all the rumours about her sister, Alia Bhatt, Pooja had retorted, “Like I took rumours about me. What was true didn’t bother me. What was not true didn’t bother me. And she is a Bhatt after all, and a much-improved Bhatt in that sense.” 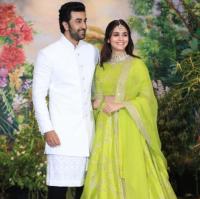 Pooja Bhatt had further quoted, “I think that this is her time in the sun. We should just let that young girl be and enjoy her life because I think she is doing her job of entertaining India and the world really well. So, what she does or does not do in her personal life is really her problem. How she chooses to lead her life is her problem. My father and me have a different approach to it. She has a different approach to it. So, I think we should just let people be who they are.” (Also Read: Nusrat Jahan Celebrates Her First Karwa Chauth with husband, Nikhil Jain And Looks Deeply In Love) 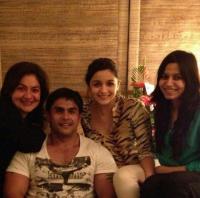 Well, Alia Bhatt and Pooja Bhatt share a very close bond with each other. Actor, Sushant Singh Rajput’s untimely death has sparked off many speculations and raised numerous questions on Bollywood biggies. The actor’s death has come as a shock wave for all his fans and their aggression has crossed all the limits. Social media is filled with comments and trolls targeting star kids