Madhuri Dixit and Shriram Nene completed 21 years of marital bliss and shared heartfelt note for one another on their respective Instagram handles. Take a look! 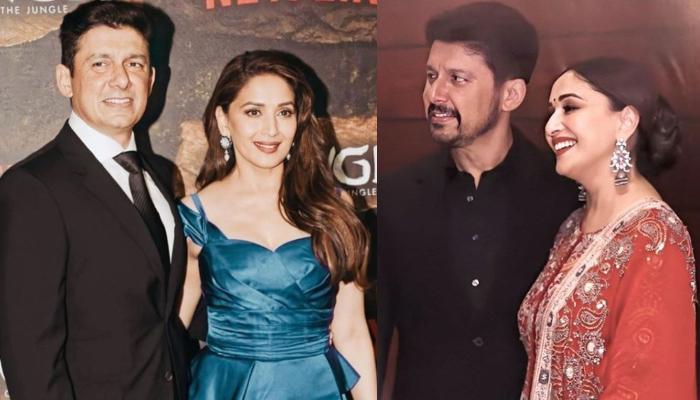 On October 17, 1999, Madhuri Dixit had broken a million hearts when she had decided to take the wedding vows with her soulmate, Dr Shriram Nene. In the 90s, when Madhuri was ruling the silver screen, her marriage with Shriram came as a surprise for her fans and the whole industry. While her husband was completely unaware of his then to-be wife's stardom, Madhuri had proudly bid farewell to Bollywood. (Recommended Read: Bigg Boss 14: Sidharth Shukla Reveals He Used To Steal Money From Dad's Wallet During College Days)

Three years later (in 2003), she had embraced motherhood for the first time, when she had given birth to her first baby boy, Arin and two years later, (in 2005), she had become a mother to another boy, Raayan. Since then, the doting parents are giving us major parenting goals by showing their friendly camaraderie and supportive bond with their kids through their pictures and videos.

On October 17, 2020, Madhuri Dixit Nene took to her Instagram handle and shared two beautiful pictures with her husband, Shriram Nene from their memory lane. In the pictures, the two are looking stunning in their respective outfits and are posing for camera with their wide smiles. Along with these two adorable pictures, Madhuri Dixit penned down an emotional note for her hubby in the caption as she called him the 'man of her dreams'. Her note can be read as "Today marks the beginning of another year, full of adventures with the man of my dreams. We are so different yet so alike & I am grateful to have you in my life. Happy Anniversary to you & us Ram" followed by a red heart emoticon. Take a look: (Don't Miss: Esha Deol Shares A Glimpse Of Hema Malini's Birthday Celebration, Her Charming Smile Is Unmissable) 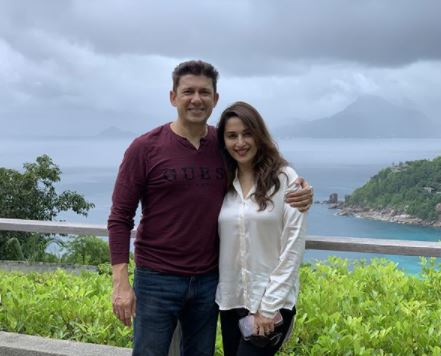 On the other side, Shriram Nene also took to his IG handle and shared a beautiful picture with his gorgeous wife, Madhuri Dixit. But it is his beautiful note in the caption that caught our attention and left us awestruck with his love and admiration for his wifey. In his cutesy note in the caption, Shriram called Madhuri his 'soulmate', and wrote, "21 years ago, found my soulmate and started on our journey together. Every day is amazing, and I look forward to many more adventures together. Happy 21st Anniversary!" Shriram also reshared Maduri's story that was same as her post on his IG stories and with a heart emoticon atop it. Take a look: 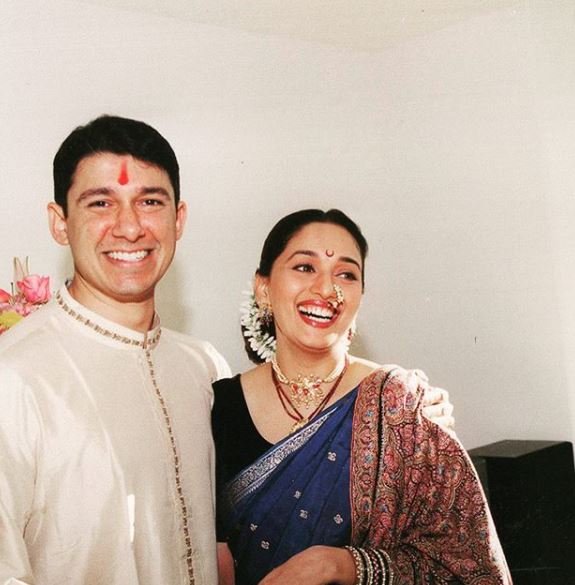 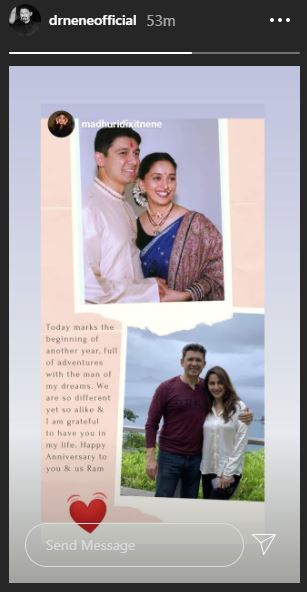 In an interview with a leading media portal back in 2017, Shriram Nene had revealed his reaction when he had met Madhuri, "You know the film industry here, is crazy. So, I didn't know how she would be when I first heard of her. But then I met her brother; he was so grounded and humble. And then I met her." Stating the reason behind their successful marriage, Shriram was quoted as saying, "We strike the right balance. She has always been grounded. I am the dreamer and adventurer. She has taught me patience, and I have taught her organization. I would say that we could be anywhere and enjoy each other's company." (Also Read: Namrata Shirodkar Shares An Adorable Picture Of Her Baby Girl, Sitara, Calls Her A Little Cub) 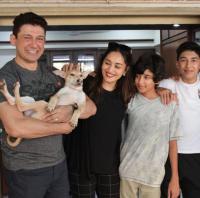