November 20, 2019, was a lucky day for 'Madhubala' fame, Gunjan Utreja as the actor tied the knot with his longtime girlfriend, Deepika in a hush-hush ceremony. 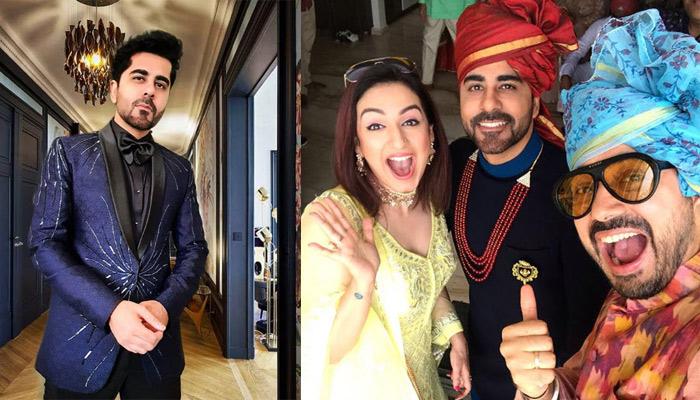 Asking the most awaited question, ‘Will you marry me?' and then walking down the aisle with your special someone, is like a dream-come-true for lovebirds. Meeting someone with whom you feel the instant connect, feeling of completeness and talking to the person without any hesitations; these are the moments when you realise that you have met your soulmate. Finding a perfect life partner can sometimes be a little task for few and might take heartbreaks to finally meet your special someone. It’s not always the first love which is your last love, sometimes you can be second time lucky also. (Recommended Read: Arjun Rampal And Mehr Jesia Finally Granted Divorce, Here's Who Got The Custody Of Their Daughters)

A couple waits for their D-day with utmost eagerness and excitement and starts to prepare everything in advance. From deciding the wedding trousseau, mouthwatering delicacies to shortlisting a dreamy location for the wedding, the couple wants everything to be in place and perfect. Matching wedding outfits, sangeet night performances, everything becomes cherished for the couple. Madhubala fame, Gunjan Utreja must have gone through the same feeling while tying the knot. 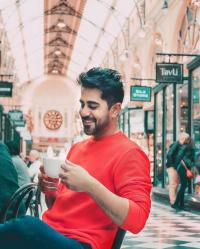 Gunjan Utreja tied the knot with his longtime girlfriend, Deepika in a hush-hush ceremony on November 20, 2019. Gunjan had kept his relationship a secret and his wedding news caught everyone by surprise. Gunjan looked dapper in a blue-coloured sherwani and his newly-wedded wife, Deepika looked stunning in a red-coloured lehenga and made her entry wearing blue-coloured gladiators. Internet is flooded with their pre-wedding and wedding pictures shared by Gunjan's industry friends. A source close to the couple had told IWMBuzz on November 20, 2019, that, “In a very private ceremony, Gunjan is getting married today. The couple is happy and blessed. The girl’s name is Deepika and they have known each other for quite some time.” (Suggested Read: Kamya Panjabi Reveals Her Wedding Date And Honeymoon Plans With Her Delhi-Based Beau, Shalabh Dang) 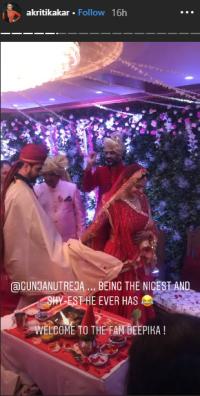 Gunjan Utreja’s wedding was fun-filled and full of nach gaana as his industry friends have made sure to make the day a memorable one for the couple. Maniesh Paul, Aparshakti Khuranna, Akriti Kakkar to Ssumier Pasricha have made the pre-wedding and wedding functions super-fun with their performances. Singer, Akriti performed for the couple on the wedding day and Maniesh and Aparshakti turned perfect dance partners for the functions. Gunjan had turned perfect host for his sangeet and mehendi night and his best friend, Ssumier shared photos and videos from the pre-wedding functions. 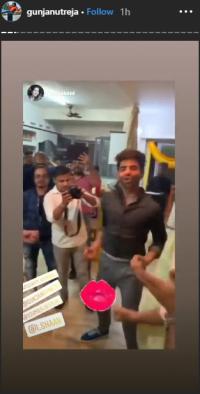 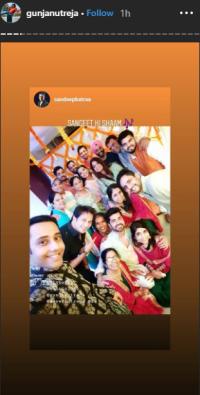 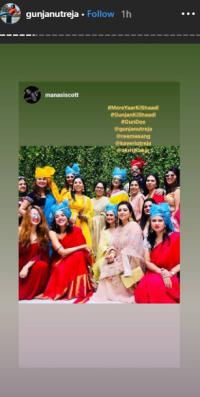 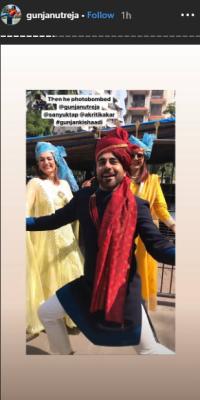 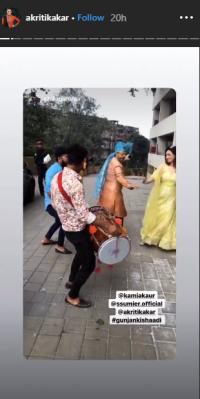 For the unversed, this is Gunjan Utreja’s second marriage. The actor had earlier tied the knot with a girl named, Pallavi in 2007. But the duo had parted ways after seven years of marital bliss. Pallavi had blamed Gunjan for abuse and even lodged an FIR against him. While, Gunjan had rubbished the rumours while talking to a leading portal and had said, “It’s a private matter, and I don’t like to wash dirty linen in public. I am not going to cook up stories to assassin someone’s character. I have all the proofs in my defence, so let the court decide.” 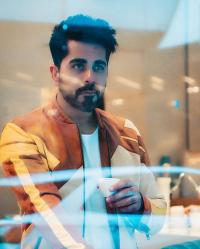 In a throwback interview with the TOI, Gunjan Utreja had talked about marriages and relationships. He had stated, “Marriage is overrated. Career matters. I remember growing up wondering what SRK and Mr Bachchan did to stand out. I never bothered knowing who they were going to marry. I'm single and my career is my top priority right now.” (Do Read: Mahhi Vij And Jay Bhanushali Fly For Their First Work Trip Without Daughter, Tara Jay Bhanushali) 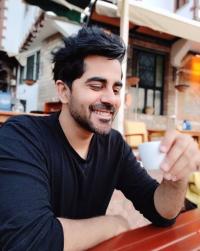 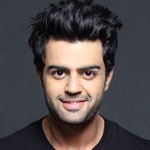