Popular celebrities, Samir Soni and Neelam Kothari’s love story is all about keeping faith in love, despite losing it all. From their first failed marriages to adopting a baby girl, Samir and Soni makes us believe in true love.

Bollywood celebrities, Samir Soni and Neelam Kothari’s love story, is one of the rarest stories about marriage that makes us believe in true love and the fact that matches are made-in-heaven. While Samir is a talented, handsome and a successful Bollywood actor, Neelam was everyone's crush back in '80s and '90s and a renowned jewellery designer.

Samir Soni and Neelam Kothari’s relationship was a well-kept secret for a long time, but with their wedding, the stunning couple had confessed their love for each other in front of the entire world. In fact, they have a rather interesting love story. Here's everything about them, from how they met, when the cupid struck to how they decided to stay together forever, we unfold Samir and Neelam's complete love story for you. 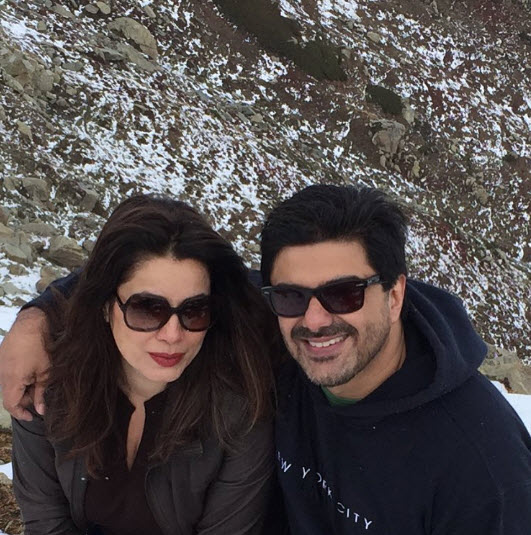 Samir Soni was earlier married to model Rajlaxmi Khanvilkar in the late 1990s. Meanwhile, after six months of their marriage, Samir and Rajlaxmi got divorced. 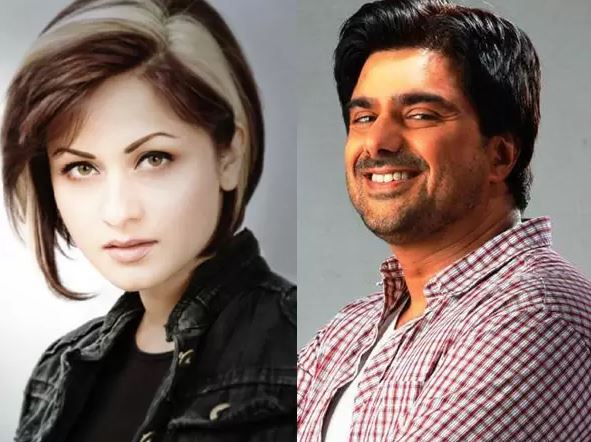 On the other side, Neelam Kothari had gotten married to industrialist, Rishi Sethia in November of 2000. But soon, Neelam and Rishi had parted their ways after a few years of togetherness due to their ‘irreconcilable differences’. Neelam Kothari was in a relationship with Bobby Deol for approximately five years. The lovebirds Neelam and Bobby were in a serious relationship, and just like any other couple madly-in-love, they also wanted their relationship to last forever. As per the reports, Bobby Deol’s father, Dharmendra was strictly against this relationship. Dharmendra didn’t want any of his sons to get hitched to any B-town actress. However, the lovebirds broke up! In a flashback interview with the Stardust,  Neelam had opened her heart and had talked about her breakup with Bobby. Neelam had made it clear to everyone that their breakup was a mutual one, and no third person was to be blamed for it. 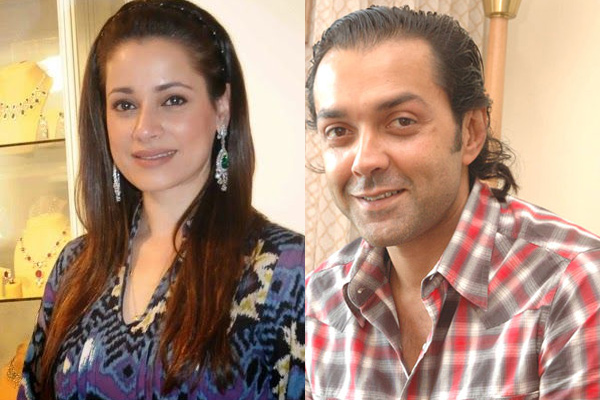 While confirming the breakup with Bobby Deol, Neelam was quoted as saying:

“Yes, it’s true that Bobby and I have split. I don’t like talking about my personal life as it is, but there are a lot of misconceptions and baseless rumours floating around, which I would like to lay to rest with a clarification. I don’t want people to believe what is untrue. And one of the rumours is that Bobby and I have split because of his involvement with Pooja Bhatt. Stardust itself had mentioned this. Well, let me tell you and the world, that this is false. I didn’t break off with Bobby because of a Pooja Bhatt. Or any other girl, for that matter. Our decision to part ways was mutual and amicable. Certainly not because of infidelity on anyone’s part.”

Don't Miss: Dilip Kumar And Saira Banu's Throwback Picture From Their Wedding Gives A Glimpse Of An Eternal Love 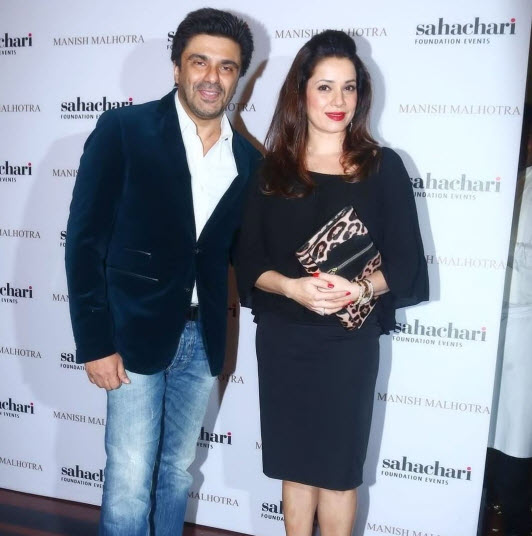 It was in 2007 when Samir Soni and Neelam Kothari had met for the first time through their common friend and TV mogul, Ekta Kapoor. Interestingly, Neelam was the one who had taken the first steps. Samir had recalled the incident very fondly, with these words: 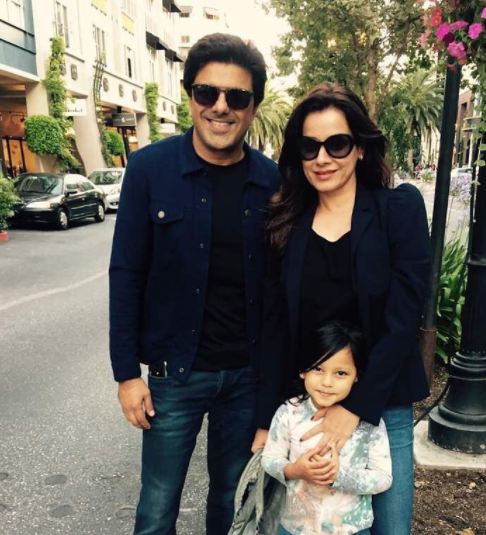 “I was doing a play ‘Anything But Love’ with Mandira Bedi, which Neelam, who is a dear friend of Ekta Kapoor, had come to watch. She told Ekta that your friend is good and I think he is cute and Ekta, whom I also know decided to pass on the message to me. But I was too shy and scared to compliment her back! Then I happened to meet Neelam at Ekta’s party and told her that your friend is also very cute. Then Ekta went on to introduce us, but I was so shy that I just said ‘Hi, I’ll call you later’.”

Here’s how Samir Soni had described his first meeting with Neelam Kothari: 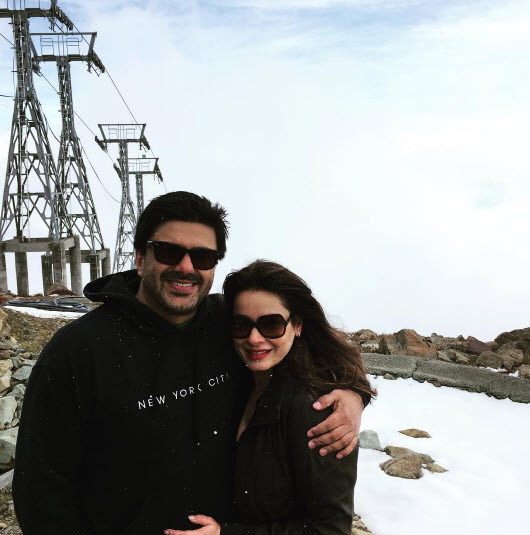 Samir went on to describe their further meetings thus:

“We did not meet each other for one year. Then we again bumped into each other at a party hosted by Tusshar Kapoor and I spoke to her for about 15 seconds and again said I’ll call you again and obviously I did not! I did not have her number so I never could call her, but my friends kept insisting that I should not let go off such a sweet girl. And one day at two in the night I decided to ask for her number from a friend and called her, which obviously she did not pick and I thought she had a big ego. I then messaged her ‘You don’t believe in returning calls?’ And she called me the next day.”

You Might Like: Sanjay Dutt And Richa Sharma's Unseen Wedding Reception Photo As The Newlyweds Pose With Sunil Dutt 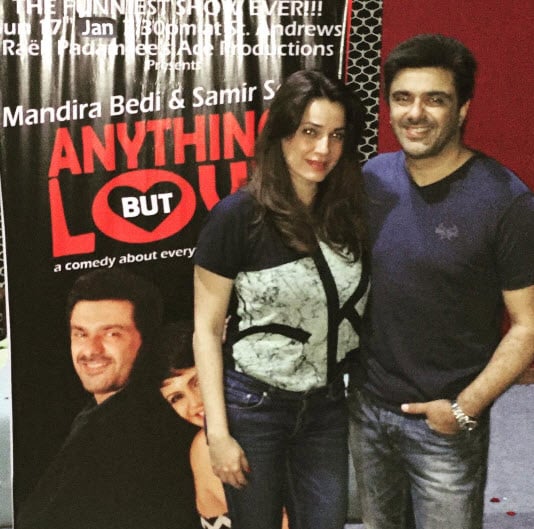 After those few hellos, the duo had started meeting and somewhere deep inside, they always knew that this would lead to marriage. But because of the fear of their past relationships, Samir and Neelam had started taking things slow. They had even broken up ten times before realising that they were meant to be together. Neelam had revealed:

“We were both battling our demons I guess and didn’t want to rush things. I was happy listening to him on the phone, sharing a cup of coffee. Often we would just sit together in silence. That silence was comforting. We didn’t feel the need to say anything because we were content in each other’s company. One fine day, we felt we should take the next logical step and we went ahead with it.”

Must Check Out: Sanjay Dutt And Richa Sharma's Unseen Wedding Reception Photo As The Newlyweds Pose With Sunil Dutt 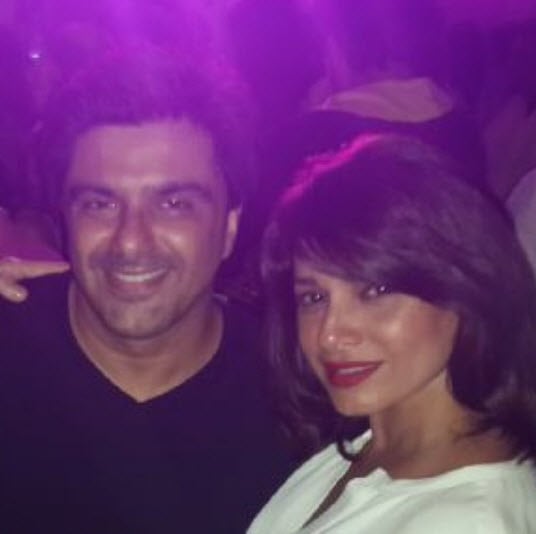 The next big step for Samir Soni and Neelam Kothari was to get married, but since Samir had gone to participate in Bigg Boss 4, their marriage plans were put on hold. And, the day he got evicted, the couple had started planning their new journey. Samir had recalled:

“When I got evicted from Bigg Boss on the 31st of December, Neelam came to pick me up and while driving back I told her, ‘Look, call a pundit, invite your friends, start all the arrangements and let’s marry!’. And we got married in just two months!” Recalling about her marriage with Samir Soni, Neelam had said:

“It was sudden. Thankfully, my friend Seema Khan (Sohail Khan’s wife) helped me with my trousseau. Samir has no interest in dressing up so he got married in a business suit. We made a sweet couple. We were smiling a lot because we felt like we’ve eloped and got married.”

On January 24, 2011, Neelam Kothari and Samir Soni got married in a very informal wedding. The couple did not send any formal invitation as the whole process of getting cards printed is so cumbersome. In fact, they just called up all the people who mattered to them, and around 200 people came to the wedding to bless the newlyweds. The couple was beaming with joy on their big day as they had taken vows and had held hands to be together until eternity.

When Samir Soni and Neelam Kothari adopted a baby girl After two years of marriage, on September 2, 2013, the couple adopted a girl Ahana, who completed their family. Neelam Kothari and Samir Soni’s world revolves around their baby girl, Ahana Soni and their Instagram handles prove the same. On September 2, 2021, Ahana had celebrated her eighth birthday, and her doting parents, Neelam and Samir had posted a happy picture of their big girl, posing with the Christmas tree and holding her gift in her hand. Wishing Ahana on her birthday and introducing a new member in the Soni family, Neelam had written, “And just like that my baby turns eight!! Happy birthday my doll love you so so much. Also would like to introduce you to the new member of our family Oreo Soni the tightest Squishiest hugs to these 2 #oreo #fabulouslives.” And Samir had captioned his post as “My princes Ahana, turns 8 today, also, say hi to little Oreo aka Chotu, a new addition to our small family.” 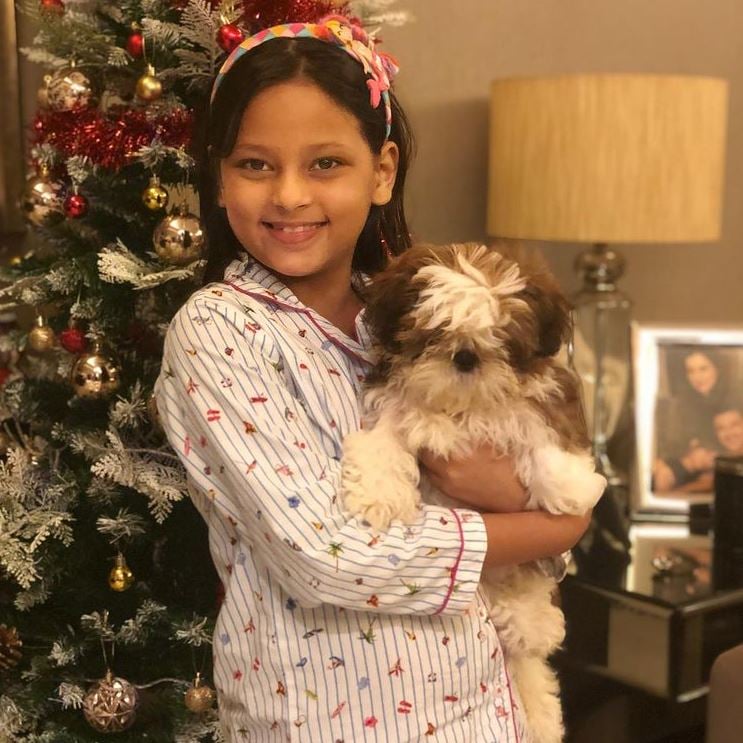 You May Like: After Having 2 Children, Govinda Got Married Again With 'Band Baaja And Baraat' At The Age Of 51 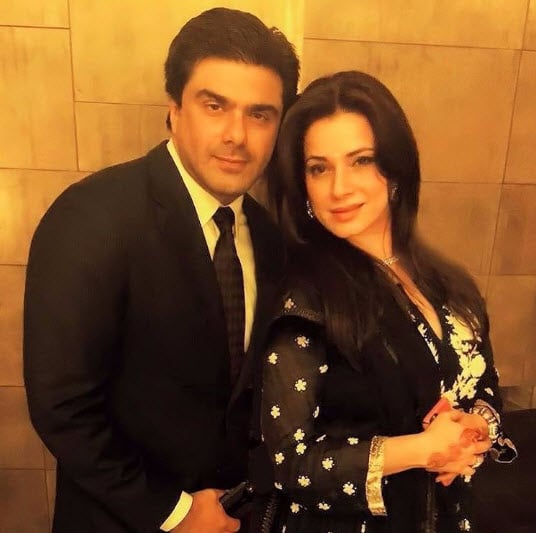 Recommended Read: After Having 2 Children, Govinda Got Married Again With 'Band Baaja And Baraat' At The Age Of 51

The story of this beautiful and happy couple will make you believe in love more than ever. They taught a lesson to everybody out there, that no matter how your past relationship was, never give up hope on love. There is someone perfect for everyone in this world and you will definitely find them someday. So, just hang in there and believe in love, just like Samir and Neelam did.