We already know Chetan Bhagat, the best-selling author of books like Five Point Someone, 2 States, Half Girlfriend and The 3 Mistakes of My Life, a screenwriter, a columnist, a television personality and a motivational speaker. And perhaps you even know quite a bit about his love life because of his bestselling book and its adaptation on the silver screen, Arjun Kapoor-Alia Bhatt starrer, 2 States. But as Chetan rightly said, the book was a work of fiction where you get just a tiny glimpse of the real Chetan and Anusha Bhagat. So, here we have the beautiful and inspiring love story of the man and woman that touched our hearts through his writings. 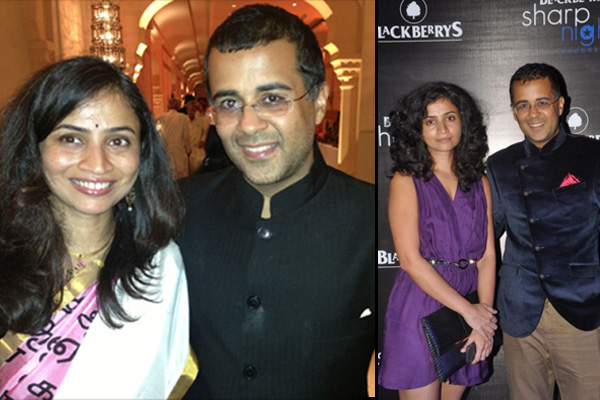 When Chetan Bhagat and Anusha Suryanarayanan joined Ahmedabad’s Indian Institute of Management in the year 1995, they did not know it was the beginning of something special. Anusha found Chetan to be funny and slowly fell in love with his humour and positive attitude; while for Chetan it was her cuteness, simplicity and intelligence that attracted him first. In Anusha’s own words:

“He was a clown in campus, and I’d crack up at his jokes while the other guys were too busy studying or trying to impress me”. Also Read: 10 Television Couples Who Have Been Married For Over A Decade And Reinstate Our Faith In Love

“My wife Anusha was so cute that many guys in campus wanted to try their luck with her. But then, some guys do work their charm better”. 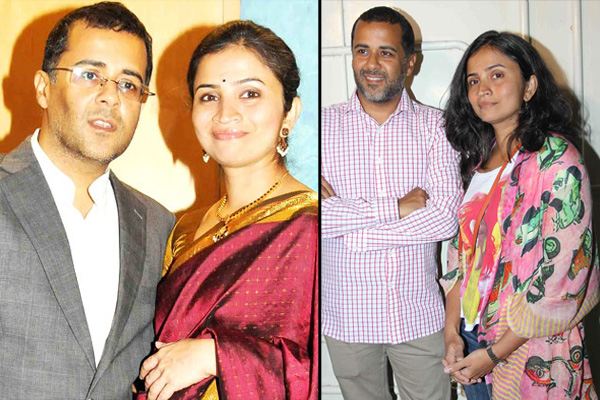 In an interview to the Times of India, about what attracted him to his wife, Anusha, Chetan Bhagat gave a very intelligent and convincing reply :

“She genuinely is very simple and yet intelligent person with a pure heart. I anyway get turned on by articulate, intelligent women. A partner who is intelligent can really help. Being a Punjabi, where would I get a girl from IIM-A? And I like the whole poise that Tamilians have.” As Anusha hailed from a Tamil Brahmin family, the news of their engagement did not sit well with either set of parents. According to Chetan Bhagat, Anusha being a South Indian was his parent’s biggest concern. And Anusha’s family too had a similar concern that Chetan belonged to a Punjabi family and he was not from Tamil Nadu.

“For my parents, the number one sticking point was that she is South Indian. From her side also, the biggest reservation was that I was not a Brahmin and I was not a Tamilian”. 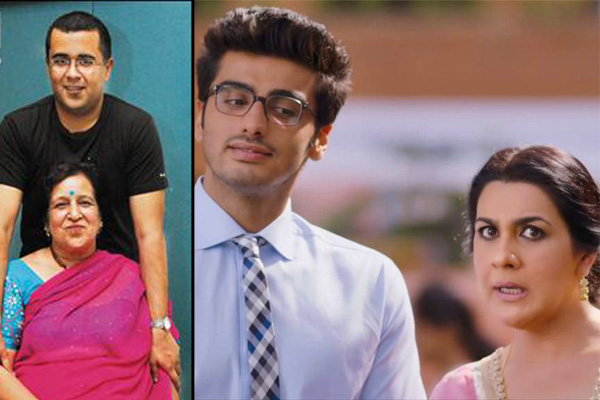 However, despite all the differences and issues, their families gave in and they got married in the year 1999. Anusha - A Source of Strength To Chetan 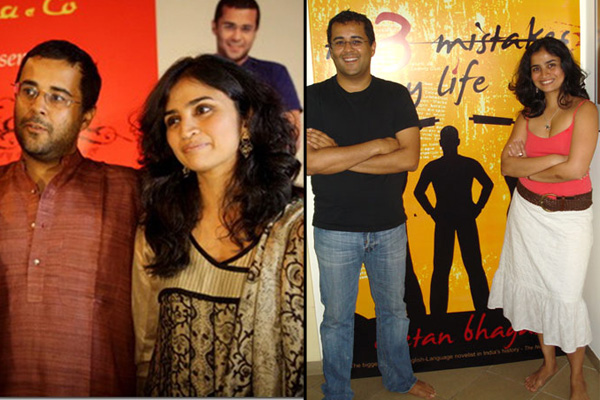 It has been almost sixteen years since they got married and yet they look very much in love even today. Anusha has always been a supportive wife to Chetan without which he could not have possibly achieved what he has today. She is his biggest critic and even understood his decision to quit the lucrative job he held and take up the unpredictable career of being a writer. The best thing about their marriage is that Anusha is the steady breadwinner of the family and Chetan is happy to call himself a house husband taking up the stereotypical role of a housewife when he is at home. Not everyone is lucky enough to have a husband like that, isn’t it? (Also Read: 5 Super-Cool Benefits Of Marrying A Woman With A Career) “One should always have a strong friendship and clear communication. People who are going to be together long-term should also take responsibility for their own happiness. Also, one should realize and prioritize the importance of family.”

Chetan’s Family: A Perfect Cocktail of North and South Culture 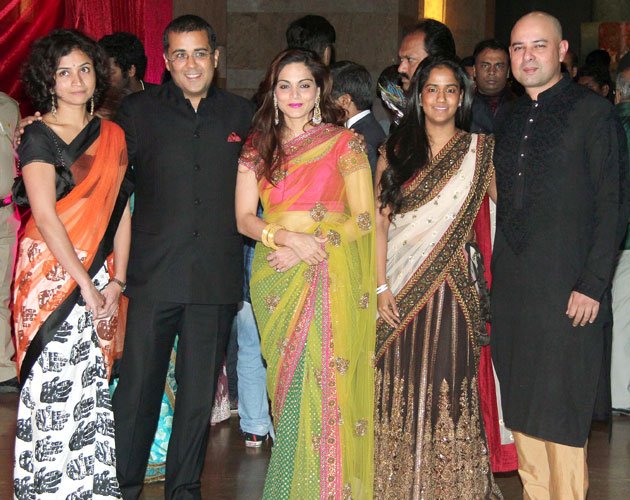 Belonging to two very opposite sides of the country, there is a huge difference in their culture. Even though the festivities celebrated all over the country by Hindus are quite similar, there is a difference in the way it is celebrated in north and south. But, instead of fussing over this trivial matter, they chose to take the best of both cultures and give a solid foundation to their marriage and children. For instance, during the festival of Diwali, they take the most important aspects of the festival according to them and combine it to create a fun-filled moment that they both can enjoy. 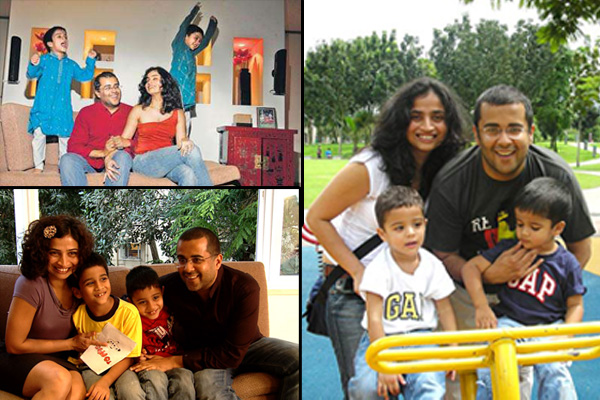 In Anusha’s own words, this is how she handles the two different cultures together:

“Yes we do have clashes at times due to different values and upbringing. What is considered respectful or disrespectful when dealing with each other’s parents, agreeing on teaching children one/ both parents’ mother tongue to name a few. The key to a happy and content life is to take the positives from each other's’ culture, and like everyone else, work on investing in the relationship.” 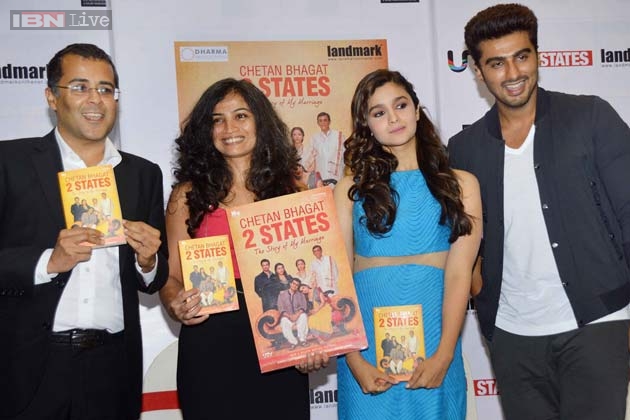 There is something extraordinary about Chetan and Anusha Bhagat’s love story, otherwise 2 States (both the movie and the book) would not have tugged at every lover’s heart. We love the simplicity with which Anusha carries herself in her public appearances and the bond that they share despite the differences. We wish them all the luck in their life and hope to read many more inspiring romances from Chetan Bhagat.

Recommended Read: Shashi Kapoor's Tragic Love Story: Once A Superstar, Who Went Into Depression After His Wife's Death