Late television actor, Ashiesh Roy had planned to get married two-years-back but had cancelled it later as revealed by his friend and actor, Sooraj Thapar. Find out! 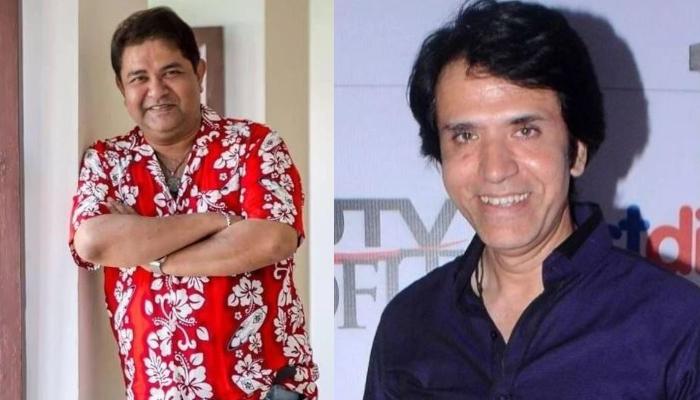 On November 24, 2020, one of the most popular television actors of this generation, Ashiesh Roy had passed away at his Mumbai residence around 4 a.m. in the morning. The actor had worked in some incredibly popular daily soaps like Sasural Simar Ka, Kuch Rang Pyar Ke Aise Bhi, Mere Angne Mein, Bymokesh Bakshi, Baa Bahu Aur Baby, and the list goes on. However, his excellence wasn't limited to acting only, as he was an exceptionally talented dubbing artist. Ashiesh Roy had given voice for the late actor, Heath Ledger's character, Joker in The Dark Knight's Hindi version. (Recommended Read: 'Taish' Actress, Kriti Kharbanda Reveals When She And Her Beau, Pulkit Samrat Are Getting Married)

There's hardly anyone in the entertainment industry, who isn't aware of his excellence and now after his departure to his heavenly abode, his close friend and actor, Sooraj Thapar has revealed a shocking secret about his personal life. Scroll down to know it!

In an interview with SpotboyE, late actor, Ashiesh Roy's close friend and television actor, Sooraj Thapar talked about his friend and disclosed a shocking revelation about his life. He revealed that Ashiesh was on the verge of getting married two-years-back, but because of some internal issues his wedding plans got cancelled, and he had died unmarried. He said, "About two years back he had visited Kolkata where his sister resides, and from there he called me saying 'bhai mujhe ladki mil gayi hai aur main shaadi kar raha hoo'. He also said I will make you speak with her and I myself was very happy hearing that. But again some problems happened, I guess."

Going further in his interview, Sooraj Thapar revealed that he had asked Ashiesh Roy about the reason why he is not getting married to that girl, but the actor had said that he would tell him in some time and had sadly left unanswered. He said, "When he came back to Mumbai, I asked him when are you getting married to her? So he replied I will tell you later things didn't work out. Shayad kismat mein jeevan saathi tha hi nahi akela hi jeevan bitaya usne." (Don't Miss: Gauahar Khan Shares A Picture With Zaid Darbar From Their Dubai Diaries, Look Stunning Together)

Concluding his interview, Sooraj Thapar talked about his exceptional career but a contrasting personal life, as he had never met a person, who had given him that eternal commitment. He said, "He was working for many years and has done some really great work. He was famous as a comedian, known for his dubbing skill and also his TV shows worked well. Unfortunately, he couldn't find a life partner. Unko commitment nahi mila. I used to always tell him please find somebody and get settled. How will you manage things in future?" Sooraj added that even Ashiesh had wanted to get married but his fate always had different plans for him. He added, "He also wanted to get married, but things didn't work out." (Also Read: Deepika Padukone Spills Her Lockdown Secrets With Her Husband, Ranveer Singh, Feels Gratitude)