Katrina Kaif will grace the couch on 'Koffee With Karan 7', and as per media reports, she will address her pregnancy rumours and will also talk about her sex life. Check out!

Bollywood actress, Katrina Kaif is a queen of hearts. The gorgeousness is one of the leading actresses of her time, and her popularity is second to none. Katrina is a beautiful person, inside and out, and she never fails to make us fall in love with her all over again. The actress is admired by many for her kind nature, beautiful smile and positive attitude, which makes her outshine from the rest.

For the unversed, it was on the couch of the cult show, Koffee With Karan, that Katrina Kaif had manifested her love for actor, Vicky Kaushal. Surprisingly, the angels of the heaven fulfilled her desire, and soon, love blossomed between her and Vicky. Fast forward to today, the couple is happily married, and they are living their best lives with each other.

Also Read: Pranitha Subhash Reacts To Trolls Who Criticised Her Picture Of Sitting At Husband's Feet

Katrina Kaif is all set to make an appearance on the show, Koffee With Karan 7, along with her Phone Bhoot co-stars, Ishaan Khattar and Siddhant Chaturvedi. According to a report in BollywoodLife, Katrina will make heads turn with her revelations as she will be talking about her love life with her hubby, Vicky Kaushal, on the show. She will also talk about Vicky's dreamy proposal and their love story. A close source was quoted saying: 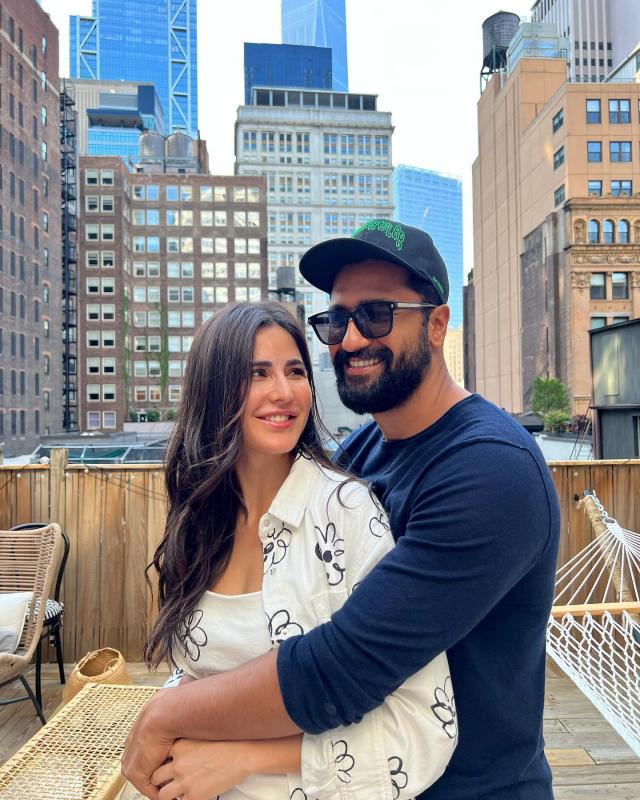 The source further revealed that since the show's host, Karan Johar is very much keen to know about people's sex lives, Katrina will also share interesting details about the same. Sharing that the actress will also address her pregnancy rumours, the source added:

"Katrina will be also asked about her sex life as the host of the show Karan Johar is damn interested in knowing who is up to what in their personal lives especially. Katrina Kaif too might not hesitate on talking about her sex life and even speak about the pregnancy rumours that have been constantly doing the rounds."

Also Read: Kareena Kapoor Opens Up About Her Equation With Step-Kids, Sara And Ibrahim, Says 'We Are Family' Ever since Vicky Kaushal and Katrina Kaif have tied the knot, their fans have been dying to see them together onscreen. However, the source shared that Vicky might make an appearance on the show via a video call and he would admire his darling wife, Katrina. Since it would be the first time that Katrina and Vicky would open up about their love life, it would be a delight for their fans. The source concluded:

"Vicky might also make his appearance through a recorded video where he will talk about his love and admiration for his beautiful wife. This will be the first time the lovebirds will speak about their love openly and it will be visual treat for their fans. Katrina and Vicky are the power couple in tinsel town right now." On the professional front, Katrina Kaif will be next seen in the film, Tiger 3 along with Salman Khan.

Next Read: Aamir Khan On Nurturing Bond With Kids, Ira And Junaid, Says 'I Regret Not Spending Time With Them'