Kunal Kemmu Shares An Adorable Pic With Inaaya, Says He Likes Himself Better When He Is With Her

Kunal Kemmu Shares An Adorable Pic With Inaaya, Says He Likes Himself Better When He Is With Her Right from making you learn how to ride a bicycle to teaching you how to ride a bike, a father is her daughter’s first and foremost hero. There are a number of unsaid feelings in their relationship, but no one can disagree to the fact that a daughter is always her father’s little angel. Remember how you used to rush towards your main gate of the house at the sound of his car? Or for that matter, how you used to stick to his legs and force him to show you what chocolates and candies he bought for you? Such is the relationship between celebrity father-daughter duo, Kunal Kemmu and Inaaya Naumi Kemmu.

Born to star parents, Soha Ali Khan and Kunal Kemmu, Inaaya Naumi Kemmu has eventually become another internet sensation. Her chubby cheeks, dimpled-chin and rosy lips along with those lovely fountain ponies, Inaaya is loved by the media and Bollywood buffs. Soha and Kunal became each other’s for eternity on January 25, 2015, and almost two-and-a-half years later, on September 29, 2017, they became parents to their angel, Inaaya. (Also Read: Kareena Kapoor And Saif Ali Khan Seal It With A Kiss On Her Birthday Bash, Check Pics And Video) 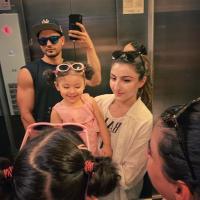 A few minutes ago, today (September 21, 2019), Kunal Kemmu shared a lovely picture with his little munchkin, Inaaya Naumi Kemmu. Facing their back to the camera and looking at a flying plane in the cloudy sky, Kunal wrote, “I like me better when I’m with you.” Another picture of Kunal and Inaaya amidst the same background is also shared by Soha Ali Khan. She worded her post as “Finally blue skies and sunshine!! Happy weekend everyone.” Without further ado, take a look at the drool-worthy pictures right here: 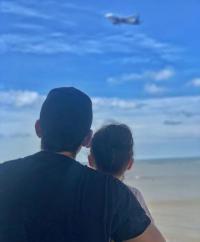 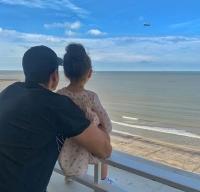 It’s not the first time that Kunal shared a sneak-peek to his and Inaaya’s father-daughter moments. In fact, the actor has been sharing the snippets of his love towards the little cotton ball ever since Inaaya took her first breath. On July 25, 2019, during their family vacay, Kunal had shared a few cutesy pictures with Inaaya. To one of the posts, he had captioned, “My life as I lay under it.” The other one was worded as “A chip of the old block #keepingitcool.” Take a look at both the snaps: 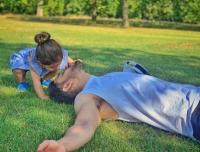 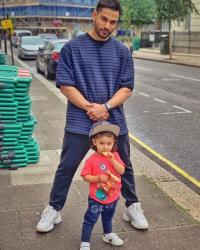 In an interview with the Mid-Day, Kunal Kemmu was asked, “Considering you started your career as a child actor, would you be open to Inaaya starting off young?” To this, he had answered, “I don't want to take decisions on my daughter's behalf. I want her to do everything she likes. All I want to do is give her access — let her read, act, travel and do whatever she hopes to. I want to stand on the sidelines and support her every decision. I don't want to transfer my aspirations to her. She has started walking and can say the word 'blue'. She is training us to be parents.” (Also Read: Salman Khan Cheering For His Ex, Katrina Kaif At IIFA 2019 Awards Has Gone Viral, Checkout The Video) 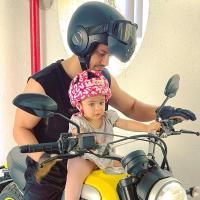 In a chat with the IANS, Kunal Kemmu had shared how life changes after having a child and was quoted as saying, "Yeah, unquestionably. I am figuring out how to be a parent and all my decisions are based around my little girl Inaaya. It's a consistent change and like after marriage people begin saying life changes and I used to be like, not at all l!!! It's actually after you have a child, your life really changes." 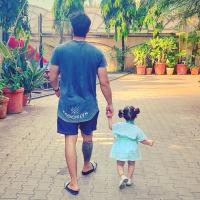 In another interview with The Asian Age, Kunal had remarked, "If I wasn't promoting Golmaal Again, I don't think anything could have pulled me out of the house. But luckily Inaaya spends a lot of time sleeping, so I keep constantly checking on her. It's a great phase. I'm excited to see the phase where she'll be more reactive.” (Do Check: Ranveer Singh Talks About His Wax Statue Placed Next To Deepika Padukone At Madame Tussauds) 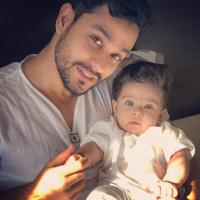 Revealing the reason behind naming their daughter, Inaaya Naumi Kemmu, Kunal Kemmu had once informed the DNA, "It's weird. It just came to me. When you know you are having a baby, the first thing is you think about the names you can call your baby. Everyone goes through this and we also had a list. Inaaya just happened to strike me. I had never heard the name before, but I must have had some connection with it and everyone quite liked the name. But it was one of the names I had chosen. Naumi was another name that I really liked. And my daughter has a middle name too. We were going with Inaaya but then, she was born on Mahanavami, so this was too much of a coincidence. Even though she will always be known as Inaaya, her official name will be Inaaya Naumi Kemmu." (Don't Miss: Kareena Kapoor Khan Imitates Her Son, Taimur Ali Khan As She Reveals A Cute Habit Of Him [Video])

Here's wishing all the happiness to Kunal Kemmu and Inaaya Naumi Kemmu! The nationwide lockdown has made people sit at their home for almost 2 months now. Staying at home is the utmost precaution we can take, and it is getting hard for the parents with little kids to keep them engaged at home. Imagine if we are craving stepping out, what will be