And he got bowled…! This couple, Krunal Pandya and Pankhuri Sharma’s wedding invite had the hashtag #bowledoverbeauty which truly defines their love story and their relationship. 2017 was a wedding season for most of the cricketers including Zaheer Khan, Bhuvneshwar Kumar, Virat Kohli and the latest one added to the married bandwagon is Krunal Pandya!

While everyone was gushing over #Virushka’s wedding, Krunal tied the knot with his girlfriend for over one-and-half-years, Pankhuri on December 27, 2017. Indian team’s ace all-rounder Hardik Pandya’s brother, Krunal Pandya and Pankhuri Sharma took their wedding vows at the JW Marriott Mumbai Juhu. Krunal plays for Mumbai Indians in the Indian Premier League and represents Indian ‘A’ as well. 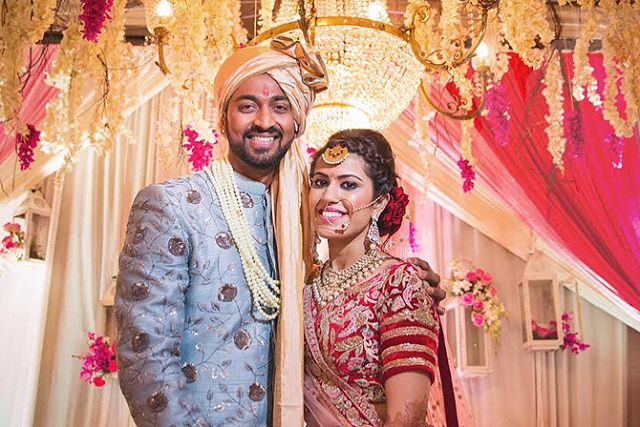 Check This Out: Hardik Pandya Burns The Dance Floor At His Brother, Krunal Pandya's 'Mehendi' Ceremony

Pankhuri Sharma was into events and celebrity management, and for some work-related matters, she got introduced to Krunal over the phone. Later, when Krunal saw her pictures, he wanted to meet her. In IPL 2016, Krunal coordinated with Mayur and said:

And as Pankhuri said:

“Krunal is very charming, I don’t know but there is something about him which is very attractive.” “I don’t know fortunately or unfortunately he was in Mumbai for a very long time because of his injuries. So that is how we started meeting more often… I started bunking office. I’m someone who doesn’t talk and I would not stop talking to him.” Pankhuri and Krunal also shared the one thing that is distinct about the two. While Krunal said:

“You know those typical lovey-dovey couples, we were never like that. We told each other that ‘let’s be honest with each other, honest in the sense behavior wise’”, Pankhuri went on to say, “We were never like boyfriend-girlfriend. We were always friends and he would tell me everything.” Speaking about the proposal in an interview to a media portal, Pankhuri stated:

“Krunal did that, aur wo bhi raat ke 2 baje! A marriage proposal at that hour is the last thing that you expect, but I immediately said yes! It was the day when his team had won the IPL final (Team Mumbai, Krunal was the man-of-the-match in the final) and both of us were very happy. It’s a moment that I will never forget.” And Krunal shared, “You can’t plan things like proposing marriage at 2 am (laughs)! Before the match, my entire focus was on the final and after we won, it was an instinctive decision. Winning the man-of-the-match was one of the best moments of my life and I was feeling really good. So, I thought of making the occasion even more memorable.” Reminiscing the proposal moment, Pankhuri recalled in the video by The Wedding Story:

“And I was with his brother at that time and suddenly I heard music coming from behind. I could hear Krunal singing and thought that probably he is too happy that he has won the Man of the Match. But when I came in, he made me stand. He had a cake in his hand where it was written, “Will you marry me?”. I did not read what was written on it as I thought he is going to hit the cake on my face. And at that point I was like, ‘Okay, this is it. I have to say yes to it. I can’t change my mind’.” 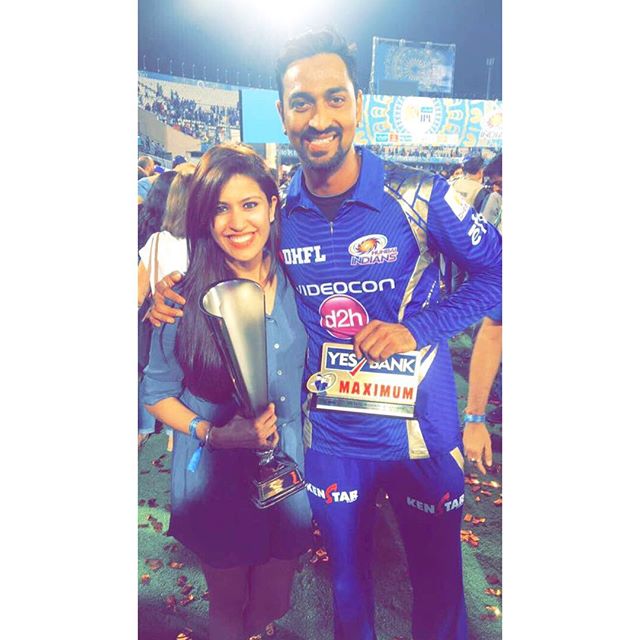 When asked about the qualities they like about each other, Krunal retorted:

“While ours was not a case of love at first sight (they have a common friend and met at a common gathering about couple of years ago), pehle din se hi mujhe laga tha, ki kuch toh connection hai! We became very good friends and I think the best part about our relationship is that it has been very different from a typical boyfriend-girlfriend relationship. We are more like friends, and being great buddies means that I can share everything with her, without thinking what she might think about it. She is a very understanding person, who is also very mature, patient and family-oriented. I feel blessed that I will be spending the rest of my life with her! I also love Pankhuri’s simplicity.”

“He is one of the most genuine persons that I have met and Krunal is a very compassionate person, which is a rare quality in today’s times. Be it his relationship or his cricket, his sincerity towards the things he loves is awe-inspiring. As individuals, we are poles apart and don’t share a lot in common. And yet, we share a very strong bond. Krunal may not come across as a romantic person but he is very, very charming! (smiles)” 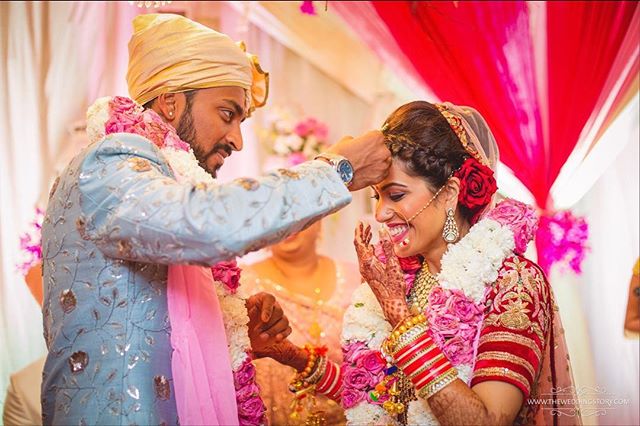 “Everyone has loved the pre-wedding shoot and we even used cricket equipment to ensure that it turns out to be innovative.”

(In Case You Missed It: 8 Popular Indian And Pakistani Cricketers Who Found Love Again)

Pankhuri went on to say:

“Both of us thought of opting for something different than what most people are doing, and the photographers also agreed to the idea. We didn’t want to opt for all those typical, cliched photographs!” 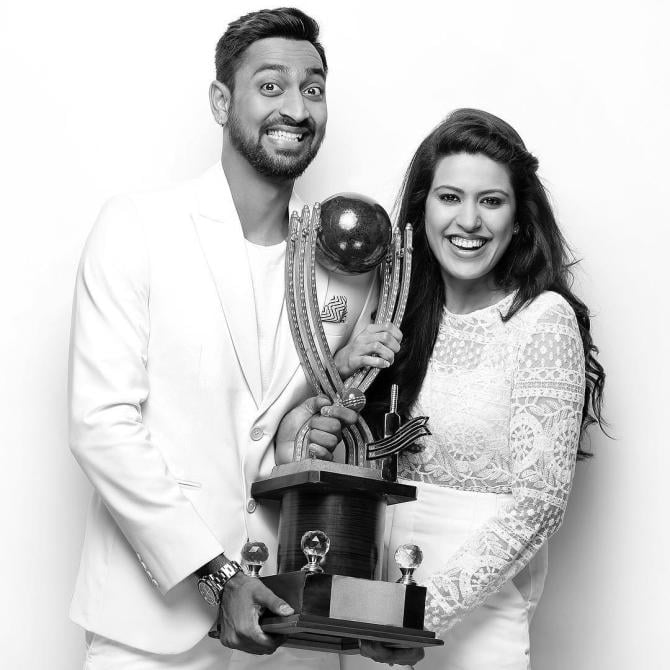 Well, it is rightly said that love takes its course, while your heart leads the way!