Krishna Shroff has been hitting the headlines from quite some time now for announcing her relationship with basketball player, Eban Hyams. Reportedly, Eban and Krishna are all set to get engaged.

Even with the star family and being constantly under the media scrutiny, not every celeb kid has chosen to be in front of the camera. Some of the star kids have decided to stay away from the media limelight as much as they can, but still, there is constant media badgering about their personal lives. Jackie Shroff and Ayesha Shroff’s daughter and Tiger Shroff’s sister, Krishna Shroff’s life is no different! (Also Read: Raqesh Bapat Pours Beautiful Birthday Messages For Ex-Wife, Ridhi Dogra, Posts Two Adorable Pictures)

Apart from the reports of Krishna Shroff making her debut in Bollywood, her personal life has been a topic of discussion for the Bollywood fans. Jackie Shroff had earlier clarified that his daughter, Krishna has no interest in facing the camera and was quoted as saying, "Krishna learnt filmmaking for two years and made the documentary, Black Sheep. Then, she taught kindergarten kids for a year, going on to assist on Tiger's Munna Michael and teach basketball at a sports academy. She's the student of the year in sports." 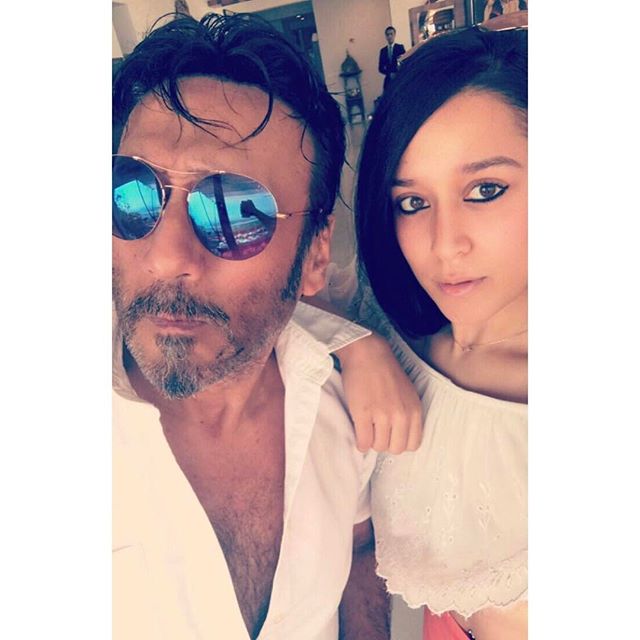 Krishna Shroff has been hitting the headlines from quite some time now for announcing her relationship with basketball player, Eban Hyams. Krishna and Eban have been in a relationship for over four months now and if the Mumbai Mirror report is to be believed, they are planning to take their relationship to the next level. Reportedly, Eban and Krishna are all set to get engaged! Krishna Shroff and Eban Hyams had met each other at the Soho House and recalling the meeting, the former had said, “I was catching up with a friend of his whom I hadn’t met in a long time, but eventually ended up chatting with Eban." A few days back, Eban had posted an Insta story of Krishna and had referred to her as ‘Wifey’. Soon reports of Krishna and Eban’s secret wedding started hitting the headlines, which the former had clarified later. 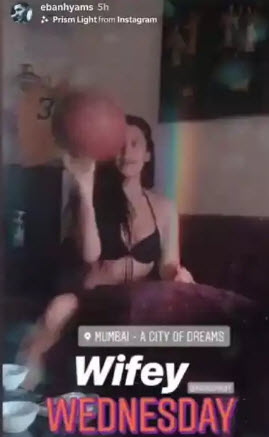 In an interview with the Mumbai Mirror, Krishna Shroff had clarified the rumours of her secret wedding and had stated, “It’s hilarious, just a term. And it’s crazy how there are so many articles saying we were secretly married. Even my mum (Ayesha Shroff) asked me what was going on.” Speaking of her family’s reaction to her relationship with Eban, who is friends with her brother, Tiger Shroff from the past 5 years, Krishna had continued, “They don’t interfere much, they trust my judgement. Families eventually do get involved, but I’d like to take my time and keep it between us for now." (Also Read: Vishal Aditya Singh Apologises To Madhurima Tuli, But The Actress Is In No Mood To Forgive) 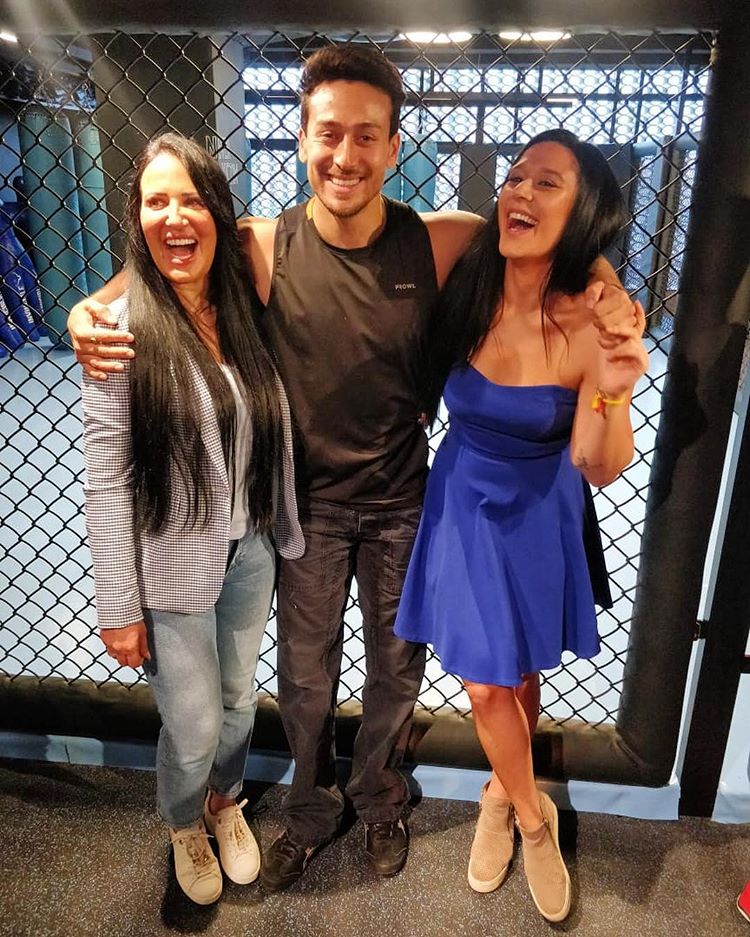 Before Eban Hyams, Krishna Shroff was dating a Brazilian athlete, Spenser Johnson and going by their Instagram handles, they seemed to be in a happy relationship. Krishna’s mother, Ayesha Shroff had spoken about her relationship with Spenser and had stated, “He plays football and so does Tiger. From athlete to athlete, they bond on that level. Being the elder brother, Tiger is quite kadak with Kishu and needs to like the guy she is with. He likes Spenser. Krishna got him home, introduced him to us. He is cute, well-behaved and very caring towards Krishna. They are happy together. Besides, it’s not like they are talking marriage. Let’s see how it goes.” But from what looks like now, things didn’t work out between Krishna Shroff and Spenser Johnson, and the former moved on in her life and is dating Eban Hyams. In a BollywoodLife interview a few months back, Krishna had opened up about how she deals with the media attention and had stated, “Every kid is going to handle it differently. Like I said, when I was younger, I did feel a certain pressure, because I didn't want to let anyone down. But now I am super okay with following my own direction. I don't really wake up everyday and think that 'oh, I am a star kid.' That doesn't really cross my mind. So I don't really give into those pressures. I just listen to myself. My family has been very supportive, touch wood. They are happy with every decision that I make. Obviously, we are not going to abuse it. But it lets me do what I really want to do.” Speaking of how Tiger Shroff is, as a brother and revealing if he lets her be or is he the extra protective kind, Krishna Shroff had remarked, “He has changed a lot. When I was younger, he was definitely a lot more protective, like most elder brothers are. When I came back from college in 2013... so the two years that we spent away from each other kind of brought us closer. Ever since then... and then we worked together for Munna Michael. We were spending a lot of time together. So now he is more like my best friend. We share everything with each other. It's all casual and chill. We give each other advice.” (Also Read: Kareena Kapoor Khan Reveals How She Spends A Normal Evening With Her Husband, Saif Ali Khan At Home) 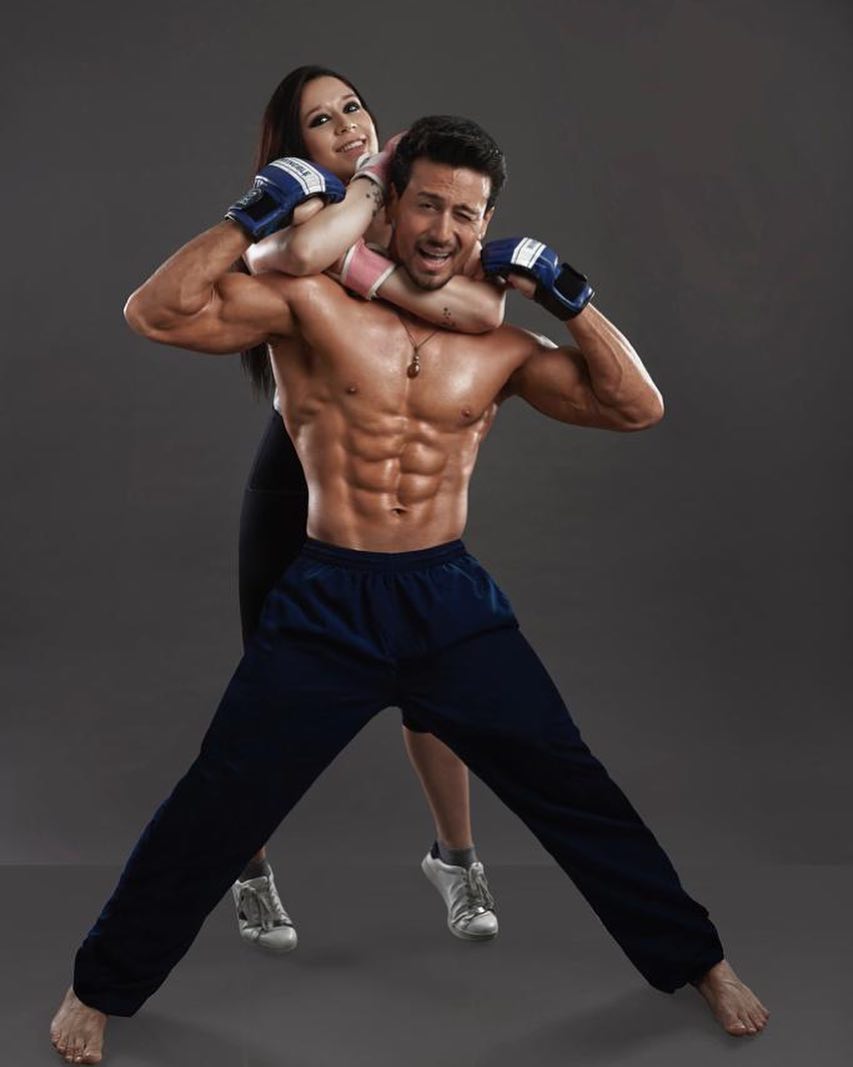 Sending truckloads of happiness to Krishna and Eban's way! 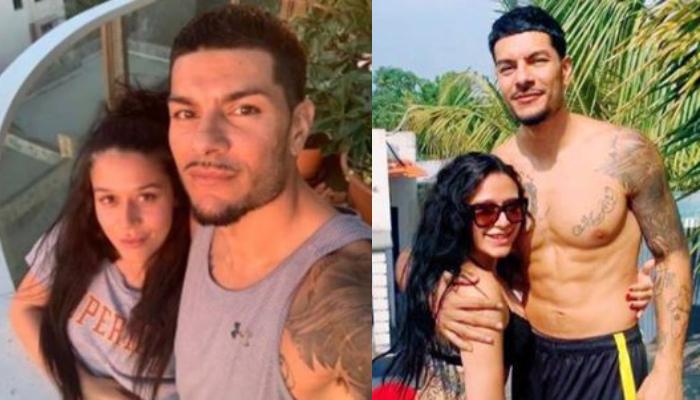