Tiger Shroff's sister, Krishna Shroff shared a picture from her quarantine time with her beau, Eban Hyams in the exotic location of Mizoram. Take a look!

The whole world is shattered and is facing one of the horrendous pandemics in recent years. Coronavirus is slowly and steadily making its way in almost every country on the planet and the worrying sign is the fact that there’s no antidote for it so far. Talking about the entertainment industry, then it is suffering it’s one of the heaviest slowdowns in recent decades because of the closure of events and theatres. (Recommended Read: Alia Bhatt And Ranbir Kapoor Have Called It Quits In Their 2 Years Of Relationship, Here's The Truth)

The situation is really scary and most of the celebrities are quarantining in their homes with their families. We have already seen a lot of celebrities sharing pictures and videos of themselves from their quarantine time in their homes. One such celebrity is Tiger Shroff’s sister, Krishna Shroff, who has shared pictures from her quarantine period with her boyfriend, Eban Hyams from the beautiful location of Aizwal, Mizoram. 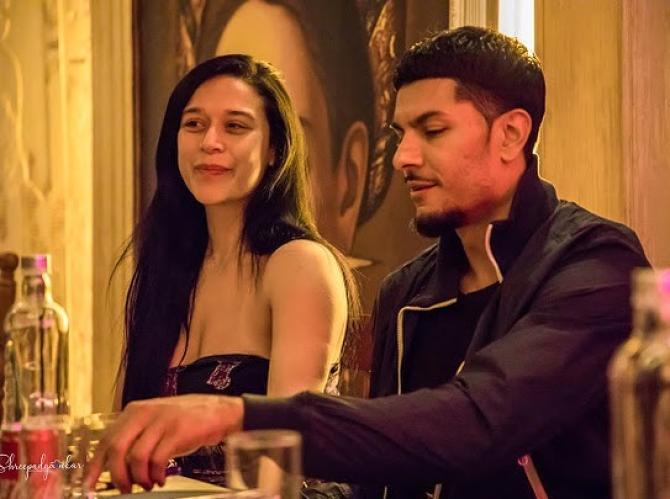 On March 18, 2020, Krishna Shroff took to her Instagram handle and posted a romantic picture with her boyfriend, Eban Hyams. In the picture, we can see Krishna kissing Eban on his cheeks and the valley of mountains glowing like a valley of stars simply adds a magical touch to the picture. Along with this romantic picture, Krishna also wrote a beautiful caption revealing the fun she had during her quarantine period with Eban. Her caption can be read as “Phawts, Mizoram... You’ve been beautiful. Two months of travelling, meeting great people along the way, and seeing + doing some amazing things comes to an end today. #blessed See you soon, Mumbai.” Eban has also shared the same picture in his Instagram stories and captioned it “With my amazing princess in awesome Aizwal.” No wonder, both Krishna and Eban had used this quarantine period in the best way possible. However, the couple has landed in Mumbai last night and was seen wearing masks at the airport amid on-going coronavirus scare. Take a look. (Don't Miss: Kapil Sharma Plans To Spend Quality Time With His Daughter, Anayra Sharma During Quarantine Period) 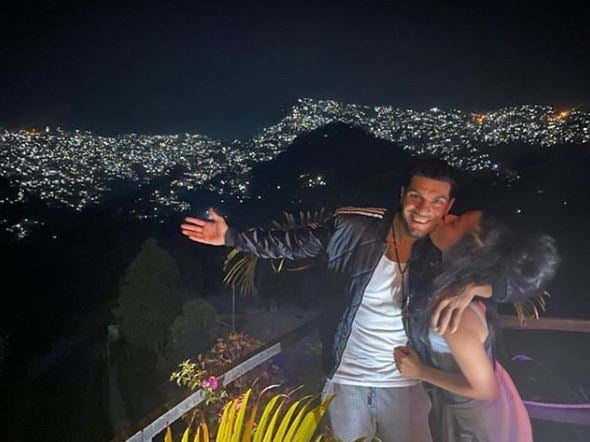 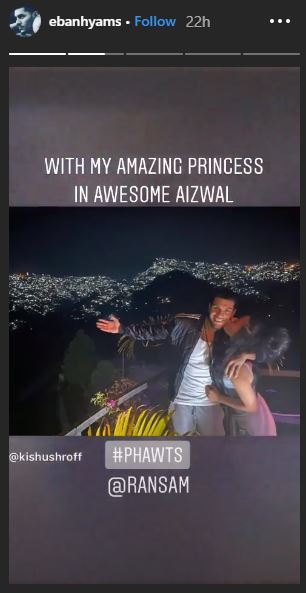 Well, not a lot of people know this but Krishna Shroff isn’t a big fan of media attention. She is among some of the star kids, who have decided to stay away from the paparazzi culture and limelight as much as they can, but still, there is constant media badgering about their personal lives. And, it’s extra tough for Krishna because she’s the daughter of one of the greatest actors of all-time, Jackie Shroff and sister of Bollywood’s current heartthrob, Tiger Shroff. However, she still manages to spend her time alone away from the shutterbugs. Last year, in an interview with the Mumbai Mirror, Krishna Shroff had talked about her relationship status with Tiger Shroff’s friend and basketball player, Eban Hyams. Krishna had revealed the details about her first meeting with Eban. Also, she had revealed that she and Eban have been dating each other for some months now. Krishna had revealed, “I was catching up with a friend of his whom I hadn’t met in a long time, but eventually ended up chatting with Eban.” A few months back, Eban had posted a story on Instagram of Krishna and had referred to her as ‘Wifey’. Soon the reports of Krishna and Eban’s secret wedding had hit the headlines of various tabloids and newspapers, which the former had clarified later. In another interview with the Mumbai Mirror, Krishna Shroff had clarified the rumours of her secret wedding with her beau, Eban Hyams and had hilariously stated, “It’s hilarious, just a term. And it's crazy how there are so many articles saying we were secretly married. Even my mum (Ayesha Shroff) asked me what was going on.” Speaking of her family’s reaction to her relationship with Eban, who is friends with her brother, Tiger Shroff from the past 5 years, Krishna had continued, “They don’t interfere much, they trust my judgement. Families eventually do get involved, but I’d like to take my time and keep it between us for now." (Also Read: Quarantined Sonam Kapoor Creatively Talks With Mother-In-Law, Priya Ahuja Amid Coronavirus Scare) Do you like the way Krishna and Eban have spent their quarantine period? Let us know!