Kishwer Merchantt and Suyyash Rai had cut a pink and blue themed chocolate cake at their godh bharai ceremony. Later, the to-be parents had cut a three-layered fondant cake at the baby shower.

Since childhood, we have been attending birthday parties and weddings for food, especially cake. The centrepiece at every party and love of everyone, cakes have evolved over the years. From simple pineapple or chocolate cake to fondant and themed cakes, the art of designing has become impressive over years. Such was the yummylicious cakes at to-be parents, Kishwer Merchantt and Suyyash Rai's godh bharai and baby shower.

It was on June 24, 2021, when godh bharai and baby shower were held for the soon-to-be parents, Kishwer Merchantt and Suyyash Rai. The functions began with a traditional godh bharai ceremony, followed by a baby shower bash. Kishwer opted for a Rs 22k worth chand peplum blush gharara set which she enhanced with floral jewellery, her wedding chooda and minimalistic mangalsutra. 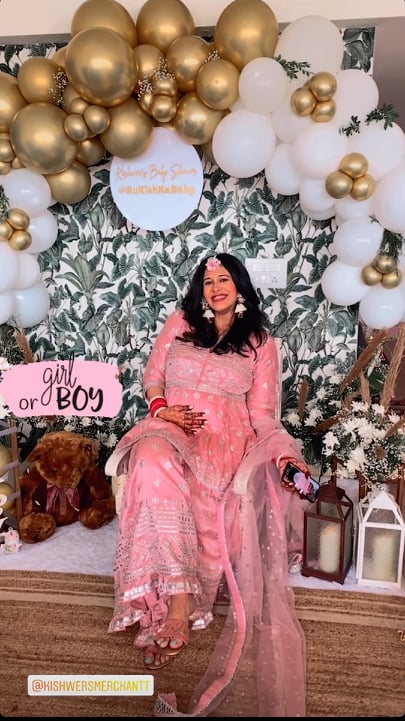 For round 2 i.e., the baby shower bash, the mommy-to-be, Kishwer Merchantt made heads turn in a lavender-coloured gown accentuated with a floral tiara. Going through the pictures of the traditional godh bharai and baby shower ceremonies, Kishwer and Suyyash's happiness was evident on embracing parenthood soon. What also caught our attention were two yummylicious cakes that the to-be parents had cut. Firstly, Kishwer and Suyyash had cut a pink and blue themed chocolate cake. Later, the to-be parents had cut a three-layered fondant cake. 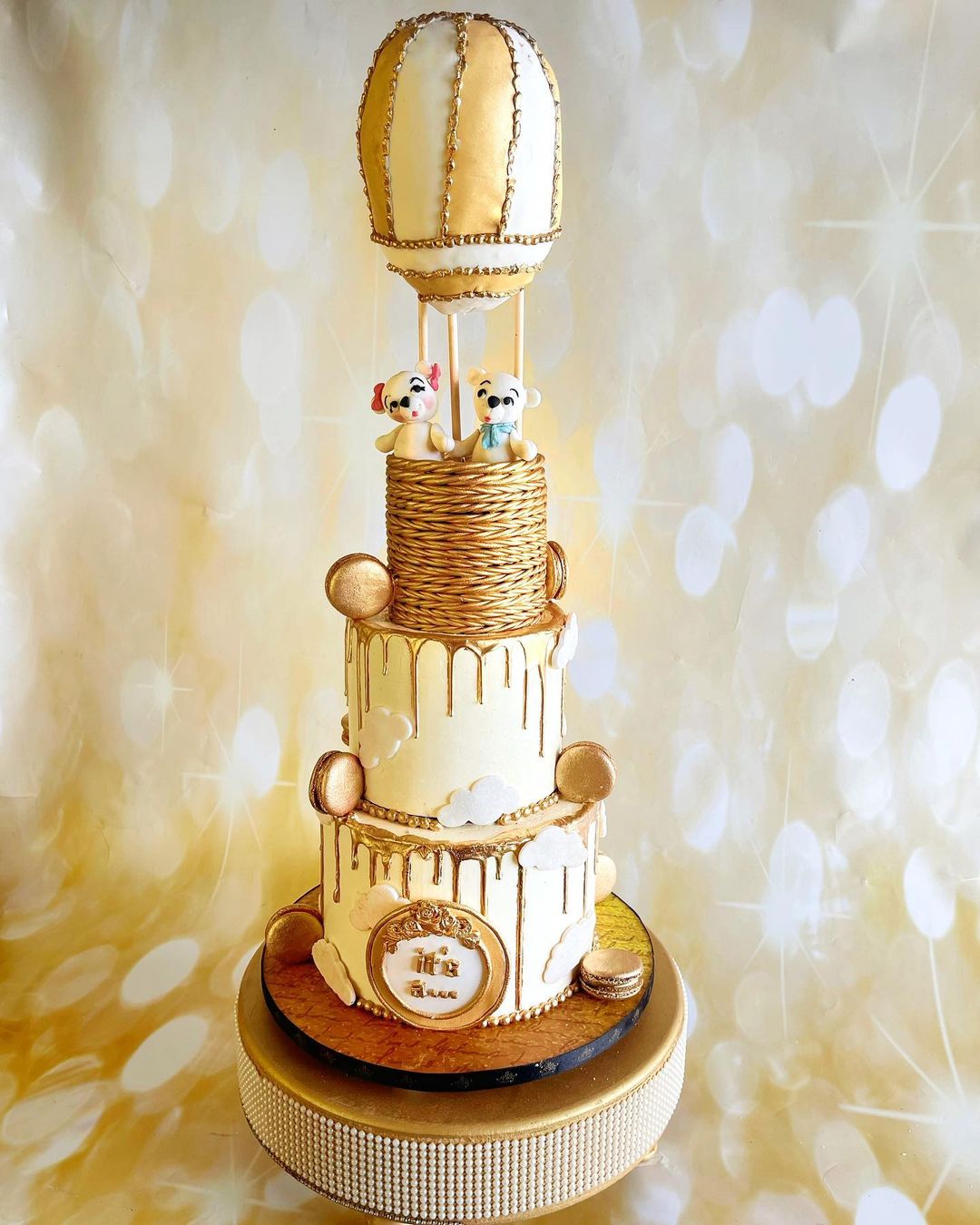 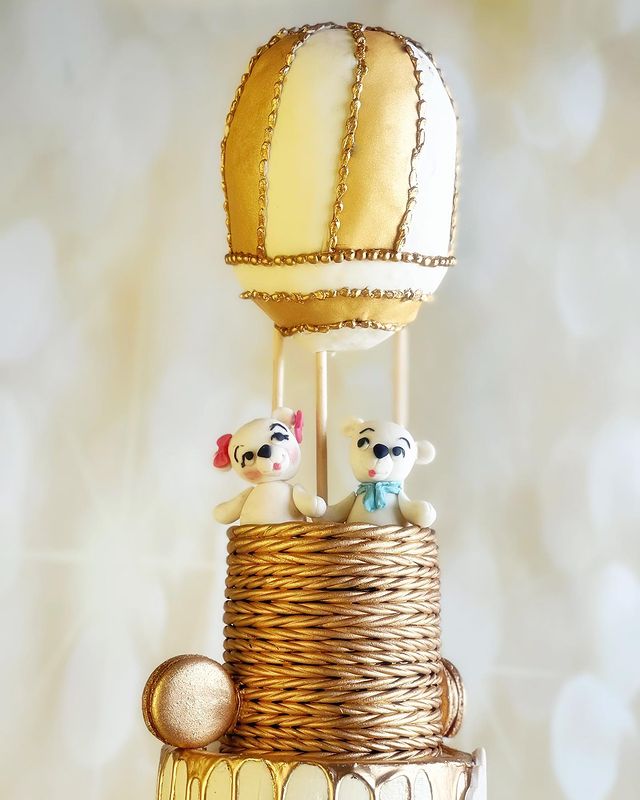 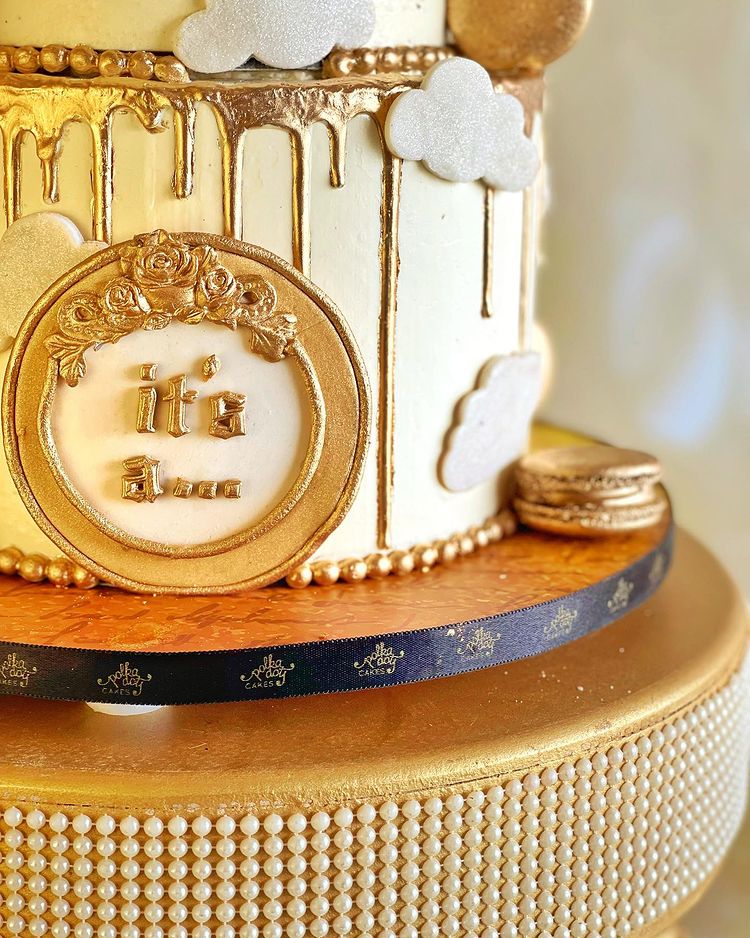 Suyyash Rai posted a happy and lovey picture with Kishwer Merchantt from the baby shower and captioned it as "I did everything possible to make this day special for you. I only wish that you smile like this always, and I promise to take care of you two always and forever. I love you. Thanking everyone who showered their blessings on us. We love you guys! Thankyu @gur4neet & @manmit_22 for everything. Special thanks to Daadi & Daadu for the train filled with gifts. We missed you @rai.ranjana!" Recalling that when they came to know about the pregnancy, it was a ‘big shocker’ which later turned into a ‘pleasant surprise’, Suyyash Rai, in an interview with Pinkvilla, had affirmed they are really looking forward to the new chapter of their lives and was quoted saying, "It was a shocker for us first when we got to know about the baby but we now believe that it's a gift from God, it's his blessing. We really want to enjoy the new chapter of our life." Also Read: Nia Sharma's Handbag Worth More Than A Lakh Steals The Show, She Paired It With Her Pink Mini Dress

Suyyash Rai and Kishwer Merchantt are expecting their first child in August 2021!