'Pink' star, Kirti Kulhari opens up on her married life and husband, Saahil Sehgal for the first time. Check out as the actress shares the details of her personal life!

It is not easy being a part of the world of glam and glitz. The constant paparazzi fare, the media attention towards your personal life can sometimes be too overwhelming. While some celebrities enjoy talking about their personal lives, some get uncomfortable. And one such celebrity is Pink fame actress, Kirti Kulhari, who has been keeping her personal life private for a long time. Not many know that the gorgeous diva is married to Saahil Sehgal. (Recommend Read: Karan Johar's Daughter, Roohi Doesn't Like His Wardrobe As Son, Yash Advises Him To Change His Style)

Before, we take you further into the story, let us take a look at Kirti's professional life. She has won our heart when she had played Tapsee Pannu's close friend in the movie, Pink and later we have loved her special appearance as a Flight lieutenant in Uri: The Surgical Strike. While she is creating a niche for herself in Bollywood, there is not much known about her personal life. However, the actress spilled the beans on her life in a media interaction. 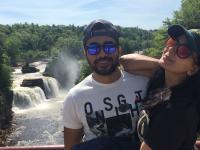 In an interview with ETimes, Kirti opened up on her marriage and said, "Even the media didn’t know for a while that I was married. And that’s primarily because I wasn’t big enough (star) for people to be interested in knowing whether I’m married or not. I got very well known post 'Pink' and I got married 3-4 months before ‘Pink’ released. And also, I’m somebody who would not reveal too much about my personal life." (Also Read: Sara Ali Khan Playing Online Games With Friends Amid Lockdown Is What We All Can Relate With) 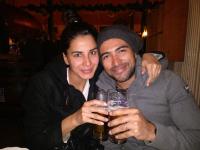 Kirti, who enjoys a huge fan following, is often requested to share snippets of her life on social media. The actress talked about the same and said, "Now that people are interested to know about me, I do share it whenever I can. I think my husband also is a very private person; he’s much more private than I am and so he doesn’t like me posting pictures. Some fans also keep asking me to post pictures with my husband but guys it’s very tough for me to keep this man next to me and click a selfie, so I’ll share what I can when I can." 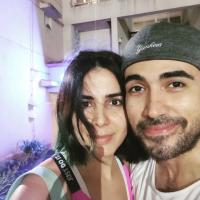 Earlier, in an interview with the IANS, Kirti had revealed how she fell in love with her husband, Saahil. She had shared, "I met this man at an ad shoot where we exchanged numbers, but nothing happened and five years passed by. Suddenly we met again at another shoot and Woah! He looked so good. It was a different vibe at that time and that’s when he asked me for my number again to which I told him: do use it this time. The next thing you know was that we were engaged." (Don't Miss: Anushka Sharma Hints At The Silver Lining Amidst This Depressing Time, Shares A Cute Picture!)

On the work front, Kirti will soon be back on the silver screen with an important role in Parineeti Chopra starrer, The Girl on the Train.