Boney Kapoor's daughter, Khushi Kapoor shared a priceless monochrome picture with her sister, Janhvi Kapoor and their mother, late Sridevi, on Instagram, and it is simply priceless. Check it out!

Veteran producer, Boney Kapoor is a well-known name in the Indian film industry. The producer had got married to Mona Shourie in 1983, and after some years of their happy married life, the couple had welcomed their first child, Arjun Kapoor. Soon, Boney and Mona were blessed again with a child, and this time it was a baby girl, whom they had named Anshula Kapoor. However, later, in 1996, Boney had tied the knot with Sridevi after parting ways with Mona.

Together, Boney Kapoor and Sridevi had become proud parents of two gorgeous daughters, Janhvi Kapoor and Khushi Kapoor. But everything had come shattering down when in 2012, Boney's first wife, Mona Shourie had passed away after succumbing to cancer, and after some years, in 2018, his second wife, Sridevi too had left for the heavenly abode. After which, all four kids came together and became their father's strength and started living as a family once again. 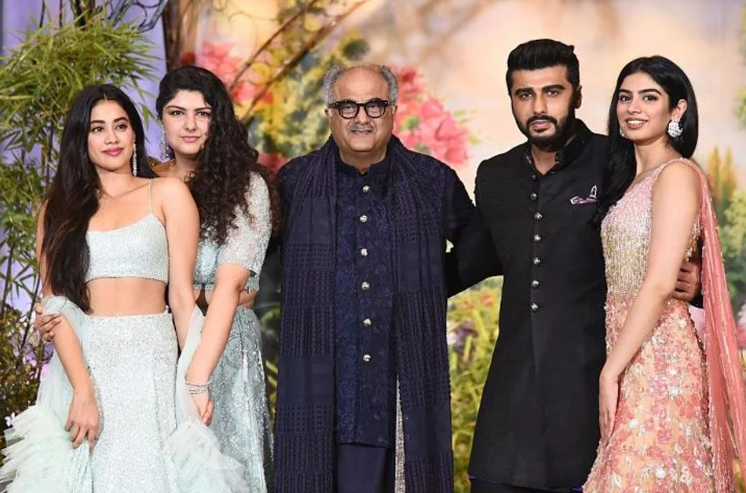 A few moments back, Khushi Kapoor took to her Instagram stories and shared a priceless selfie with her sister, Janhvi Kapoor and their mother, late Sridevi. The two daughters looked stunning in the monochrome picture as they posed with their gorgeous mother. While Janhvi can be seen joining her face with her mom's, Khushi gives a sneaky look as she hides her face in her sister's hair. However, what caught our attention the most was the uncanny resemblance between Sridevi and her daughters, Khushi and Janhvi. Apart from their facial structure, the sheer resemblance of Janhvi and Khushi's eyes with their mom's eyes is quite unbelievable to witness. Atop this memorable selfie that brings back all the wonderful memories of this mother-daughter trio, Khushi put a white heart emoticon. 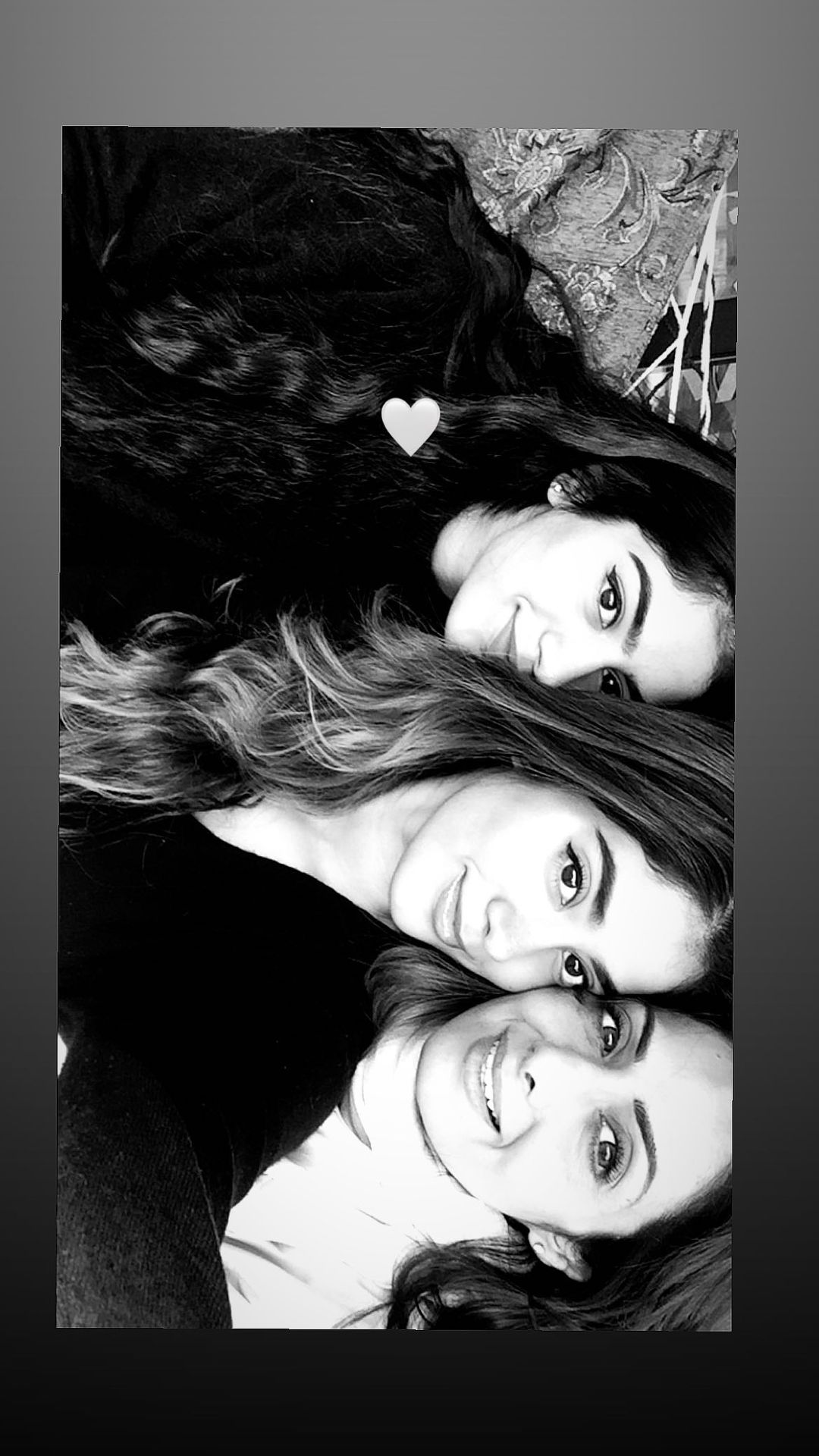 On February 24, 2022, late legendary actress, Sridevi's daughter, Khushi Kapoor, had taken to her IG stories and had dropped an unseen picture with her dearest mommy to mark her 4th death anniversary. In the picture, we could spot a young Khushi sitting on her mother, Sridevi's lap as the mother-daughter duo had posed for the lens with their cutest smiles. While Khushi was donning a pink T-shirt, her gorgeous mother, Sridevi, was wearing a brown salwar suit. One look at the picture and their immense happiness was quite visible on their respective faces. Check out below:

Don't Miss: Sanjay Dutt On Taking His Parents, Sunil Dutt And Nargis For Granted, Shares Grief Of Losing Them 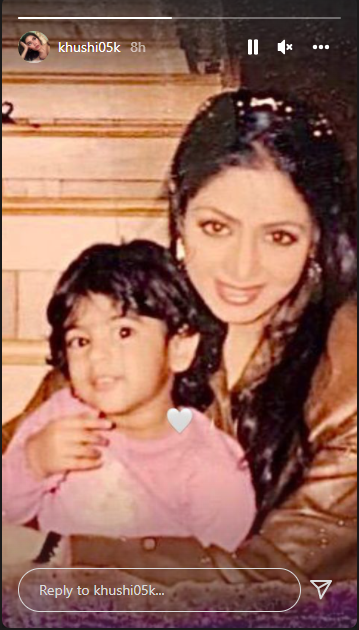 Despite all the ups and downs he has experienced, there is no denying that veteran producer, Boney Kapoor is a hands-on father. The producer is blessed with four children, Arjun Kapoor, Anshula Kapoor, Janhvi Kapoor and Khushi Kapoor. And the best part is that all four of them love and respect him a lot for the way he has taken care of all of them. Last year, on November 11, 2021, when Boney had turned 66, his beloved daughter, Khushi Kapoor, had wished her dearest daddy in the sweetest way possible. Taking to her IG stories, Khushi had posted a throwback picture of Boney with Sridevi. Atop the picture, Khushi had written:

"Happy birthday papa. Love you the most." 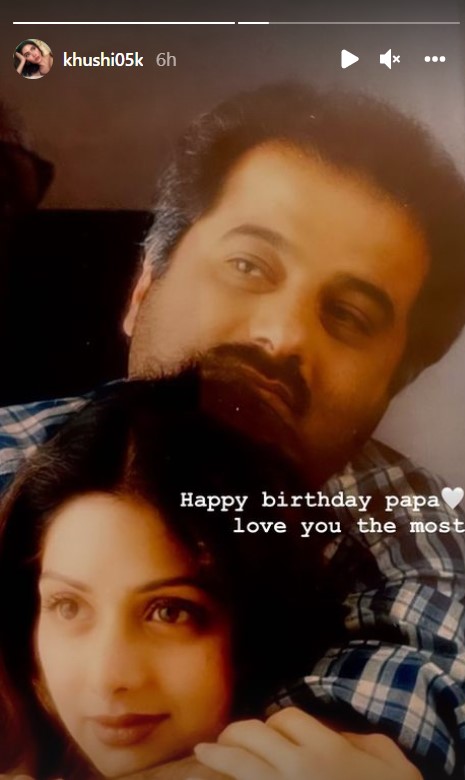 We are thrilled to witness Sridevi's uncanny resemblance with her daughter, Khushi and Janhvi! What about you! 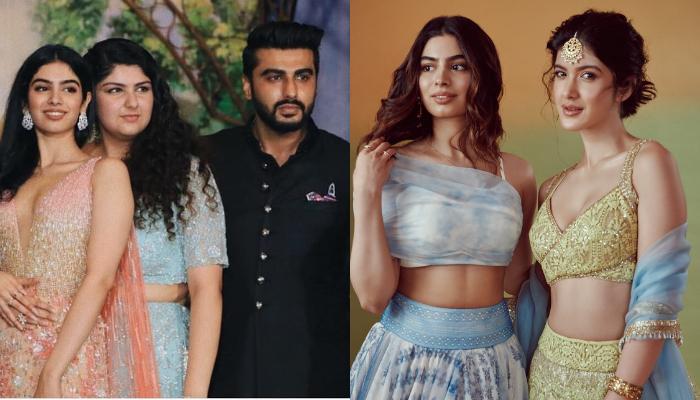 Bollywood’s heartthrob, Arjun Kapoor shares a warm bond with his stepsisters, Janhvi Kapoor and Khushi Kapoor. Their cute banter on social media makes us miss our own siblings. From teasing each other with the name of their lovers to being one another’s biggest strength during tough times, the Kapoor brother and