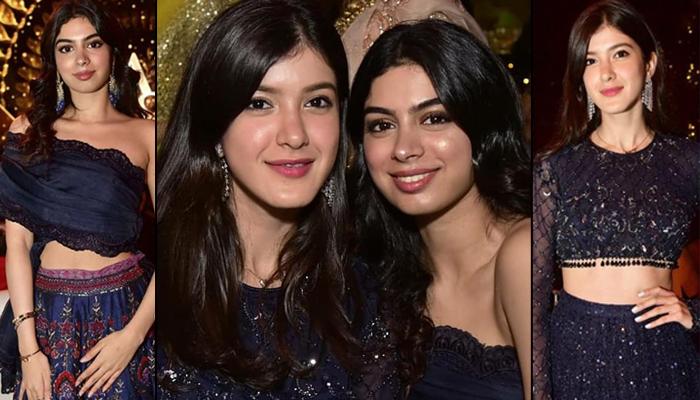 With the double celebrations on August 15, 2019, the entire nation draped themselves in tricolour as it marked the 73rd Independence Day and celebrated the brother-sister bond for it was the festival of Raksha Bandhan too. While it was the festive mood for the entire nation, the Kapoor clan marked their presence at a family friend's wedding and missed the Rakhi celebrations at home. Arjun Kapoor, Sonam Kapoor Ahuja, Rhea Kapoor, Anshula Kapoor, Harsh Varrdhan Kapoor and Mohit Marwah celebrated Rakhi in style, while the younger lot, Janhvi Kapoor, Khushi Kapoor, Shanaya Kapoor and Jahaan Kapoor were missing in action. (Also Read: Bollywood Siblings Prove Why There's A 'Win' In Twin With Their Coordinated Fashion Statements)

A few days back, Boney Kapoor and Khushi Kapoor had headed off to Bali for the wedding of Sridevi’s closest friend, Raakhee Punjabi's son, Amrit Punjabi. The father-daughter duo was snapped at the airport as they headed off for the wedding, dressed in their comfy best. While Khushi opted for grey-coloured track pants, Boney Kapoor wore a navy-blue-coloured tracksuit. They were later joined by the other Kapoor members in Bali, including Sanjay Kapoor, Maheep Kapoor, Shanaya Kapoor and Jahaan Kapoor.

Amrit Punjabi, who is a film producer, is all set to tie the knot with his ladylove, Sanjana, and their four-day wedding extravaganza had begun from August 14, 2019. Amrit and Sanjana's wedding hashtag, #TheSambaWedding is flooded with the pictures and videos from their pre-wedding festivities. The Kapoors slew during the sangeet ceremony, which took place on August 15, 2019, with the best of their traditional ensembles. Boney Kapoor opted for a light-brown kurta paired with a green-coloured jacket. Sanjay Kapoor looked dapper in a black-coloured suit. The youngest, Jahaan Kapoor too, opted for black which he paired with a grey jacket. (Also Read: Janhvi Kapoor Showered With Praises Upon Borrowing Money From Her Driver And Giving It To The Needy)

The Kapoor ladies, Maheep Kapoor, Shanaya Kapoor and Khushi Kapoor had turned heads at #TheSambaWedding. Maheep looked stunning in a multi-coloured Anarkali with heavy jhumkas and open tresses. The sister duo, Khushi and Shanaya twinned in blue-coloured ethnic ensembles. While Shanaya looked resplendent in a blue shimmery lehenga with a full-sleeves choli, Khushi looked lovely in an off-shoulder blue plain choli with her dupatta draped around it in style, very nicely complementing her lehenga with blue, pink and red work on it. Here are the pictures from the sangeet ceremony:

Raam Jethmal Punjabi is an Indian-Indonesian media magnate and president of Multivision Plus. He and his wife, Rakhee Punjabi are very close friends to the Kapoor clan. In an interview with Indonesia Tatler, Raam had said about his wife, “She is my soulmate.” Raam and Rakhee had gotten married in 1971 and have been living their ‘happily ever after’ since then. Speaking about finding a soulmate in Raam, Rakhee had said, “This bond has made us walk the same path looking in the same direction.” 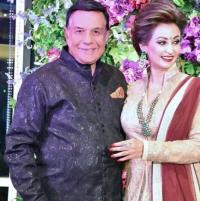 Reflecting on their marriage, Rakhee had further added that family was of utmost importance for them, although friends carry immense meaning. Rakhee had stated, “So what is of utmost importance is to smile and see smiles around us in every day of our lives.” Raam had remarked that Rakhee indeed is woman, who epitomises kindness, the quality he first admired about her. On sharing advice to younger couples, Raam emphasised on the importance of accepting the shortcomings of one another. As for those still lingering in confusion in picking their partner for life, Raam’s advice for them is realising that fickleness is pointless. He had said, “If the feeling is mutual, grab the opportunity and stop bargaining around because no human is perfect.” (Also Read: Boney Kapoor Reveals Interesting Details From Dating Phase With Sridevi, Breaks Down Remembering Her) 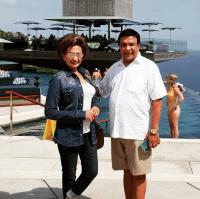 It was on February 24, 2019, when the nation had woken up to the shocking news of Sridevi’s unfortunate demise. Sridevi, Boney Kapoor and Khushi Kapoor had gone to Dubai to attend the wedding of Mohit Marwah and Antra Motiwala. At that time, who would have thought that the happy occasion will end at a devastating note and what tragedy was about to hit them? Sridevi had spent her last moments with the Kapoor clan and her last family picture with the bride, groom, Boney Kapoor and Khushi, had made everyone emotional. In case you missed it, check it out:

Stay tuned with us for more pictures from #TheSambaWedding!