It was Sridevi’s 56th birth anniversary on August 13, 2019, and while reminiscing some moments with her, Boney Kapoor got teary-eyed. It was in 1996 when Sridevi and Boney Kapoor had become each other’s forever in a simple temple wedding. They had embarked on their journey of ‘happily ever after’ together with two lovely daughters, Janhvi Kapoor and Khushi Kapoor. Sridevi and Boney Kapoor’s togetherness was a love against all odds as there were widespread disapprovals to their relationship. In more than two decades of their married life, they have stood with each other through thick and thin. (Also Read: Janhvi Kapoor Follows Sridevi's Tradition And Visits Tirupati Temple On Mom's 56th Birth Anniversary)

On February 24, 2018, Sridevi, in an unfortunate incident, left for the heavenly abode and without her, there is a void in the Kapoor family and B-town that can never be filled. It was Sridevi’s 56th birth anniversary on August 13, 2019, and her husband, Boney Kapoor, had tweeted a birthday wish for her. He had written, “Happy Birthday Jaan, missing you every minute of my life, keep on guiding us, you will remain with us till eternity. #Sridevi.”

In an interview with Behindwoods, Boney Kapoor got teary-eyed, remembering his wife, Sridevi. He said, "She was a legend in her lifetime and she remains a legend after she has left us. She may have left for the world, but for me, for us, she is still around. She is wishing us well and taking care of us and is still around." 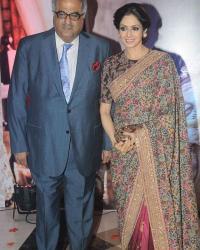 Going down the memory lane, Boney Kapoor shared a detail from their courtship period and how he had lost 14 kgs while he was dating Sridevi. Recalling the detail, Boney Kapoor stated, “When I was courting her, I had lost 14 kg. But after marriage, when Sri was pregnant, and she used to have lots of milkshakes and ice creams... She had a sweet tooth and I was also fond of faludas and ice creams. We used to go to all our favourite places and gorge on good food.” 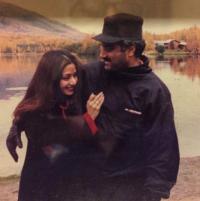 Boney Kapoor then revealed that after his wife, their daughter, Janhvi Kapoor started taking care of his diet. He remarked, “Janhvi has fixed a diet for me. In fact, it's one of our family friends who specialises in it. She and Janhvi have decided what I should eat and how much I should eat. Sri was after me to lose weight. I tried my best but being a foodie I couldn't. She had also given up on it.” He went on to add, “What she couldn't managed after marriage, my daughters did. Unfortunately, she is not here to see that I am in better shape.” (Also Read: These Pics Of Sridevi With Boney, Janhvi And Khushi Prove That She Was The Backbone Of The Family) 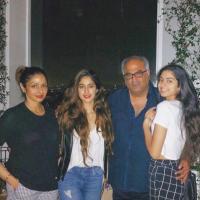 After the last rites of the Bollywood icon, Sridevi on February 28, 2018, Boney Kapoor had tweeted an emotional note on losing his wife and his daughters’ mother, through Sridevi’s official Twitter account. The tweet could be read as, “Losing a friend, wife and mother of your two daughters is a loss inexplicable in words... I am blessed to have the support and love of Arjun and Anshula, who have been such pillars of strength for myself, Khushi and Janhvi. Together, as a family, we have tried to face this unbearable loss.” 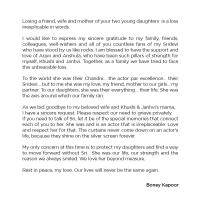 For his better-half, Boney Kapoor had written, "To the world, she was their Chandni... the actor par excellence... their Sridevi... but to me, she was my love, my friend, mother to our girls... my partner. To our daughters, she was their everything... their life. She was the axis around which our family ran." It had further stated, “As we bid goodbye to my beloved wife and Khushi & Janhvi’s mama, I have a sincere request. Please respect our need to grieve privately. If you need to talk of Sri, let it be of the special memories that connect each of you to her. She was and is an actor that is irreplaceable. Love and respect her for that.” 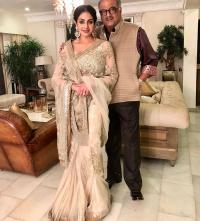 As a father, Boney Kapoor’s major concern became to protect his and Sridevi’s daughters, Janhvi Kapoor and Khushi Kapoor, and give them the strength to move forward. He had concluded his note with “My only concern at this time is to protect my daughters and find a way to move forward without Sri. She was our life, our strength and the reason we always smiled. We love her beyond measure. Rest in peace my love. Our lives will never be the same again.” (Also Read: Sridevi's Unseen Pics With Boney, Janhvi, Khushi And Kapoor Family Prove She Was A Perfect Homemaker) 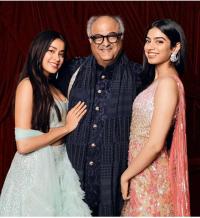 When we were young, we all dreamt of being millions of things when we grow up! But one thing was sure that we never wanted to be a replica of our parents when we were in our teens. However, the moment we stepped into the world of adults, we realised