The Gen-X Bollywood hottie, Kartik Aaryan has been on a roll and has created a niche for himself in the industry with his quirky roles. We all love the Pyaar Ka Punchnama and Sonu Ke Titu Ki Sweety wherein all the boys could easily relate to his girlfriend problems in all his movies. But despite his on-screen roles, the girls would wish him to be their boyfriend! But looks like we are not the only ones who are daydreaming about our love fantasy with Kartik! (Also Read: Kartik Aaryan Of 'Sonu Ke Titu Ki Sweety' Fame Was Once Dating One Of These 'Dangal' Actresses)

On the 5th episode of Koffee With Karan Season 6, which featured the father-daughter duo, Saif Ali Khan and Sara Ali Khan, had some hilarious moments and interesting revelations. During the 'Rapid Fire' segment on the show, Karan Johar asked Sara, "An actor you would like to date?" But before Sara could answer the question, Karan said, "You've already said that" hinting at Sara's previous answer, where she mentioned that she wishes to marry Ranbir Kapoor.

Much to Saif and Karan’s surprise, the Kedarnath actress replied to his question, "I want to marry Ranbir Kapoor. I don't want to date him. I want to date Kartik Aaryan." To this, Karan retorted, “I’m sure he wouldn’t mind dating you. Should I take the proposal?” The excited Sara agreed, “Tell him, na!” When probed if she likes Kartik's big hair, Sara answered with a “Yeah!” 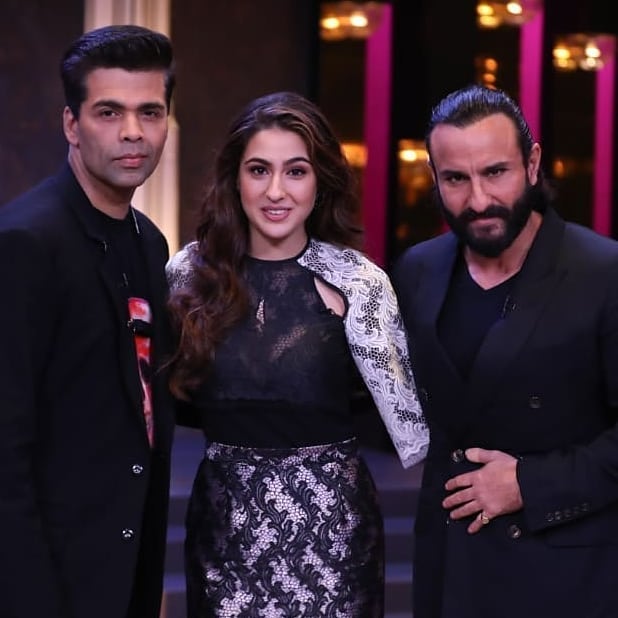 But as Karan mentioned on the show that the whole world knows that Sara wants to date Kartik, the latter was still unaware of the former’s statements. At the Lux Golden Rose Awards, the journalists asked a clueless Kartik about Sara’s statements to date him, to which he blushed and replied, “Nahi, date ke liye kahan bola unhone.” (Also Read: Sara Ali Khan Reveals Papa Saif And His Ex-Wife, Amrita Are Happier Now Than When They Were Married) 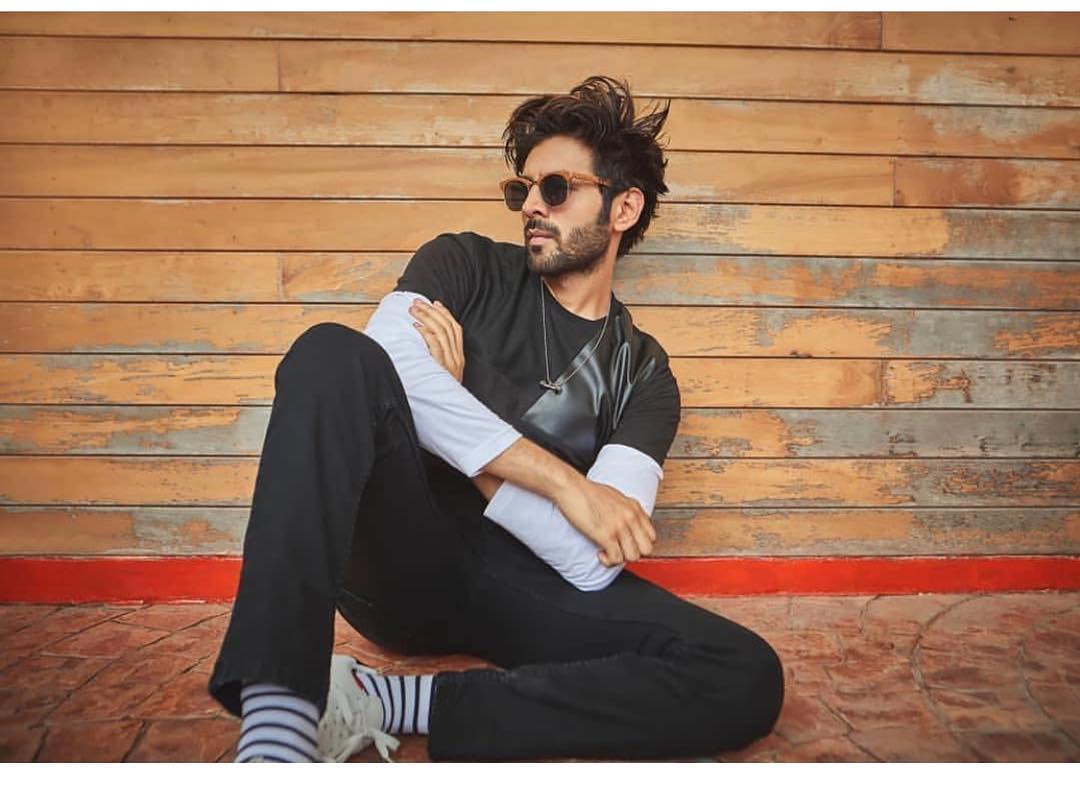 So, when the media told him about what exactly she had said on Koffee With Karan, Kartik smiled sheepishly and said, “I don’t know what to say to that. All I can say is that she is very pretty and I am looking forward to her film.” Later, Kartik added, "Haan, matlab coffee pina chahunga." Check out the video where Kartik Aaryan’s cheeks turned red after listening to Sara Ali Khan’s statement about dating him!

During the promotions of Kedarnath, Sara was asked about her statement on the show, Koffee With Karan, about wanting to date Kartik Aaryan. On a radio show hosted by RJ Malishka, Sara mentioned about her ‘crush’, and said that she found him ‘damn cute’. And when the RJ asked Sara if she should take her proposal to Kartik, Sara requested her to please do so! Malishka further mentioned to Sara about Kartik sending Diwali sweets to the RJ and asked Sara if she should send her picture along with the box as a ‘sweet’. The Kedarnath actress replied that she wants Malishka to send her address instead of her picture, to Kartik.

As part of the rapid-fire question on Koffee With Karan, Karan asked Saif, “The first three questions Saif Ali Khan the father would ask Sara's boyfriend.” Saif replied, “Political views, and drugs”, to which Karan interrupted and said, “Money would be a nice question to ask, I would ask that first.” Then Saif wittily said, “Got cash? Take her.” Sara, who was too embarrassed to hear this, stopped her dad and said, “It sounds so wrong.” 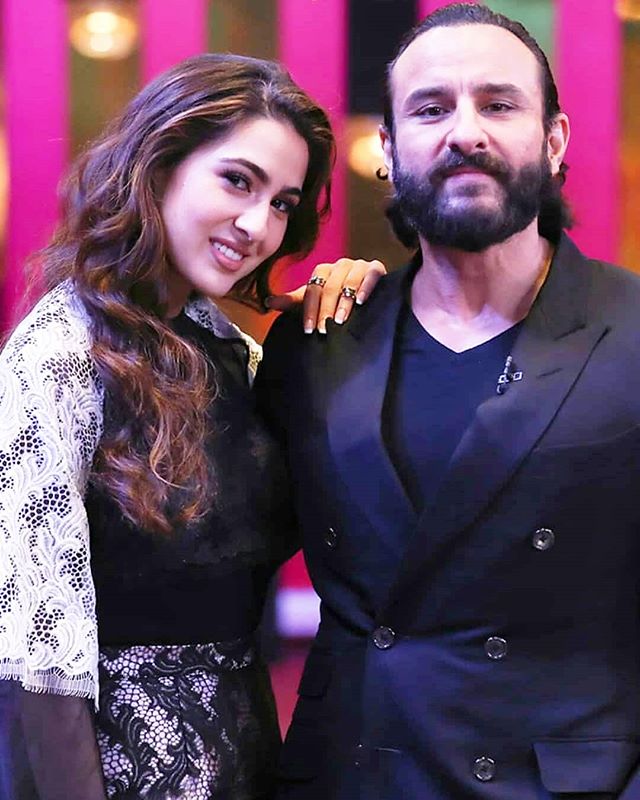 On the same show, Sara also talked about her equation with father, Saif Ali Khan’s second wife, Kareena Kapoor Khan and how amicable they are with each other. Sara added, “You know everybody has been very clear with me. It has never been confusing. Kareena herself was saying and she still says that 'You have a mother and you have a great mother at that. What I want is for us to be able to be friends.' My father also never said, 'This is your second mother' or made it anyway uncomfortable.” 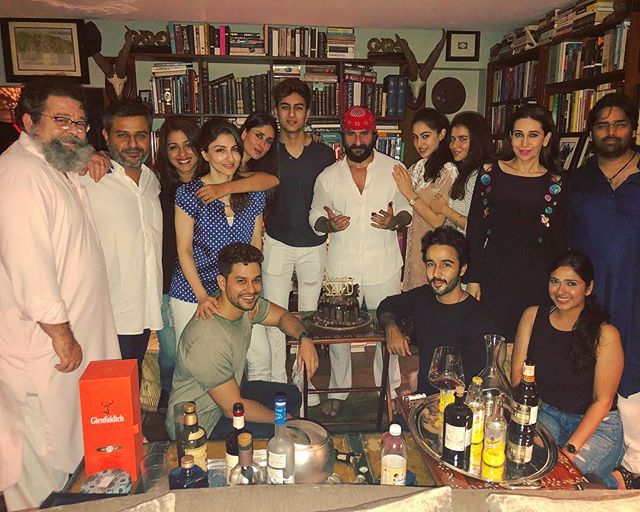 Sara also shared the dilemma she had as to what she should call Kareena after their marriage, “I think Kareena would probably have a nervous breakdown if I was going to call her, 'Choti Ma'. She would be like, 'No!' I used to be like, 'What should I call her? Kareena, Kareena aunty' My father's like 'You don't want to call her aunty. So you can call her 'K' or 'Kareena’.” (Also Read: Taimur Ali Khan Has A Unique Name For Step-Sister Sara Ali Khan And It's Cute Beyond Our Imagination) Would you like to see Sara Ali Khan and Kartik Aaryan in a film together? Drop us a comment below!