More than the professional growth, Kartik Aaryan's love life has been the centre of attraction for all the gossipmongers. Recently, he opened up about his dating and breakup rumours.

Who can forget the two-minute monologue about girlfriends by Kartik Aaryan from the movie, Pyaar Ka Punchnama. His killer looks and dimpled smile swept us away and we secretly wished for a partner like him! His signature hairstyle and comic timing have made him the perfect choice for all the filmmakers. Ever since Kartik had made his debut in Bollywood, he has been receiving praises for his performances from all the critics. Apart from his professional success, Kartik’s personal life has also grabbed a lot of attention. (Recommended Read: Malaika Arora Spill Beans On Her Dream White Wedding With Boyfriend, Arjun Kapoor)

Who can forget Sara Ali Khan’s confession of dating Kartik Aaryan on Karan Johar’s show, Koffee With Karan? Kartik and Sara will be sharing the screen space for the first time with Imtiaz Ali’s upcoming movie, Aaj Kal. And after witnessing their awesome chemistry off-screen, we can’t wait to see them showing their magic on the silver screen. The duo’s dating rumours have started while the two were shooting for their upcoming movie and post the schedule wrap, their love-filled captions for one another had sparked their dating rumours. 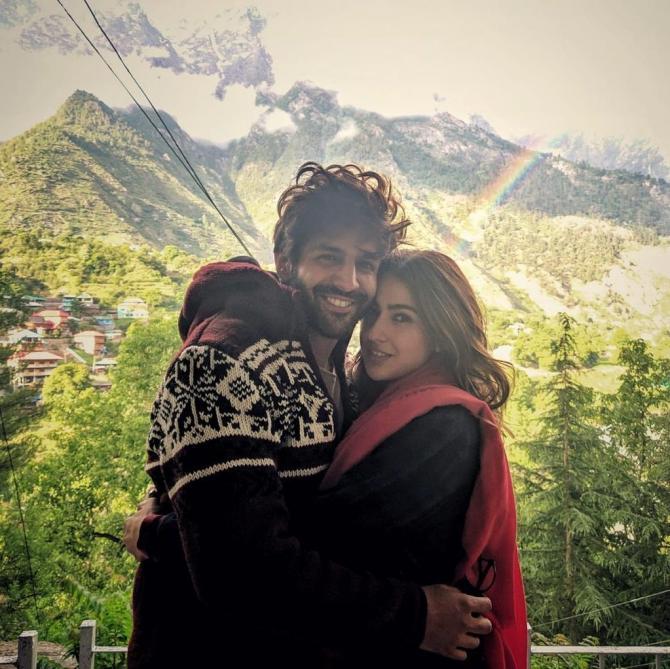 Kartik Aaryan and Sara Ali Khan’s chemistry speaks volume about their bonding, and we had secretly hoped for them to be each other’s forever. And before the couple could officially announce the news, a recent Mumbai Mirror suggested that the duo has parted ways due to work commitments. Kartik was also rumoured to be dating his Pati Patni Aur Woh co-star, Ananya Panday. Their dating speculations had filled the gossip columns while the two were shooting for their upcoming movie. At a recent event for a magazine cover launch, Kartik was asked about his take on reports of breakup with Sara. To this, the actor nervously stated that just because he ate a meal with Ananya, everyone has started talking about that. 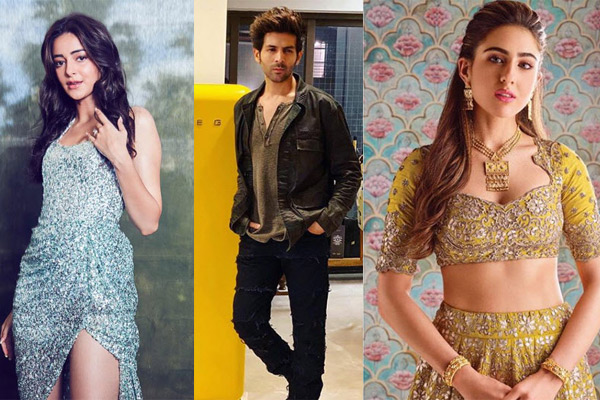 Kartik Aaryan was quoted as saying, “Do rotiyan Ananya ke sath tod li, toh sabne puch liya. I did an ad with Mr Bachchan and shared it on Instagram that it was on my bucket list. But no one asked me about it.” When probed further, the actor smartly dodged all the personal questions and remained mum on his breakup reports with Sara and dating rumours with Ananya and only talked about his upcoming projects. (Suggested Read: Janhvi Kapoor Wishes Her 'Lifeline' Khushi Kapoor On 19th Birthday With Goofy And Candid Pictures) 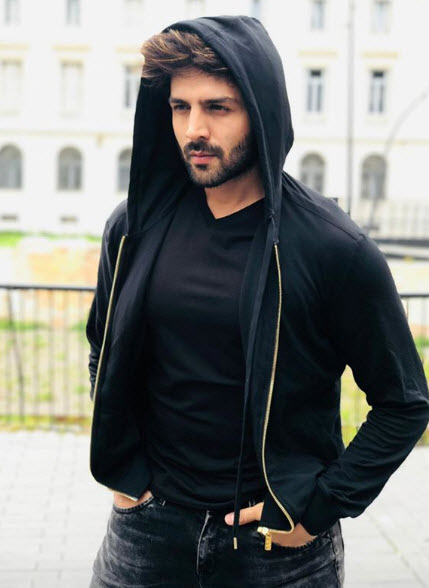 In March 2019, according to the reports in the Filmfare, Ananya and Kartik have been dating for a few days, and Kartik’s growing closeness and friendship with Sara had bothered the actress. The report had further added that it has not been very easy for Ananya as the two have just started dating, which is why they are currently going through a rough phase as she disapproves of his increasing friendship with Sara. The report had concluded with how she had tried talking to Kartik as well, and the two are trying to make the relationship work. 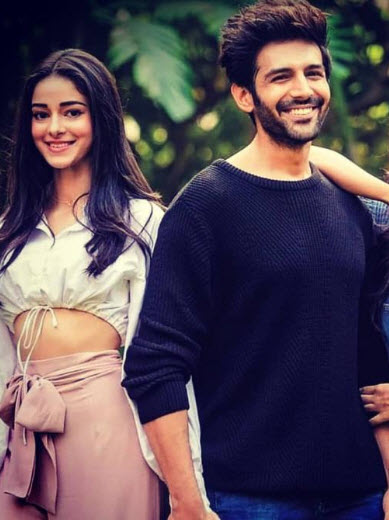 Though Kartik And Sara never accepted their budding romance, it was Sara’s father who had approved her choice. In October 2019, speaking to ETimes, Sara’s father, Saif Ali Khan had finally approved of their relationship despite breakup rumours and had said, “In person Sara is good, she knows what she wants and usually likes nice people. So, I'm sure he's (Kartik) a lovely guy because you know I have full trust in her values and what kind of things she would be drawn to. So, you know, if she likes him, then he must be nice.” 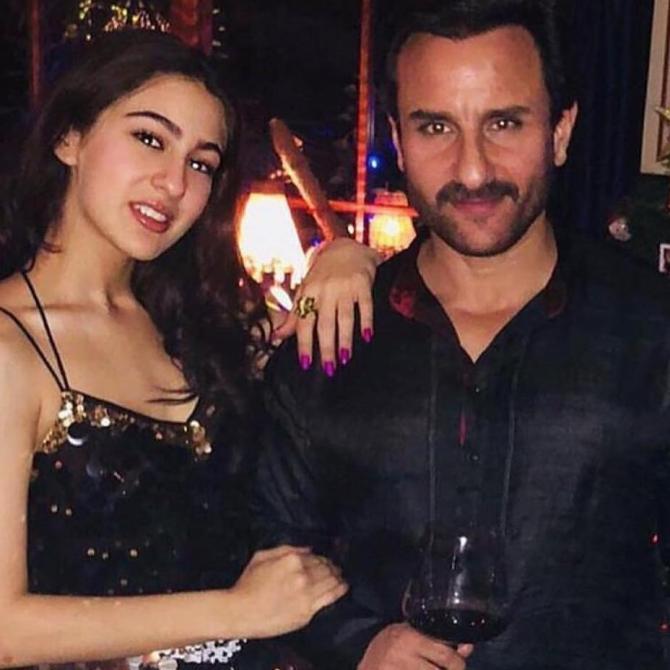 As per a Mumbai Mirror report, Sara and Kartik were struggling to find some time together amidst the work schedules. Kartik is extremely busy shooting Bhool Bhulaiyaa 2 and will also be working on Dostana 2. On the other hand, Sara is working on Coolie No 1. Hence, as per the report, Kartik and Sara were finding it tough to catch up with each other. A source had told Mumbai Mirror that the two tried hard to squeeze in ‘we time’ post the wrap up of their movie, Aaj Kal. However, it wasn’t possible and hence, they had decided to call it off. Earlier, in an interview with Anupama Chopra, Kartik Aaryan had opened up about dating rumours and had said, “Right now, I’m concentrating on my work. I think, relationships they do take a lot of time. Mere andar phir guilt reh jata hai ki yaar main iss relationship main hoon (but) main time nahi de pa raha hoon. So, that is something I don’t want to do with the other person. That’s the reason I’m committed to my fans and work right now.” When he was quizzed about the pap culture and his pictures that created the headlines, Kartik had stated, “Even if I have gone out for a meeting, with the producer and the actress, then it is written about me and the co-star. Which is something I don’t get. Who logon ko maza aata hai likhne main, toh who likhte hain. Abhi kitna rok lunga?” (Do Read: K.G.F. Star Yash Pandit And His Wife, Radhika Pandit Share Good News With A Family Picture) 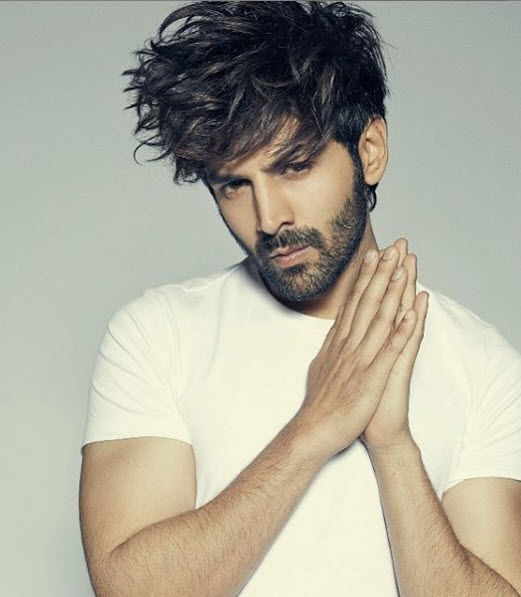 When you are in a relationship, you will make all the efforts to make everything beautiful and memorable for your special someone. You will not mind going some extra miles to plan a surprise for your partner, which he/she will cherish for the entire life. In difficult situations, we try