If there is one actor who, suddenly catapulted to stardom in 2018, it is Kartik Aaryan. The lovable boy and caring friend that he played in Sonu Ke Titu Ki Sweety, made him reach many houses in India, and Kartik Aaryan became a bankable actor in Bollywood. Undeniably, his intense hard work and patience of 8 years, paid off! And with stardom and fame, comes along numerous things and you become privy to gossips and hot topics on tabloids. (Also Read: Shahid Kapoor And Wife Mira Rajput Kapoor Are 'Winning At Twinning' In White On Romantic Dinner Date)

Kartik Aaryan’s personal life has also witnessed such conjectures and speculations. It was on Koffee with Karan season 6, when Saif Ali Khan and Amrita Singh’s daughter, Sara Ali Khan had said on national television that she wants to go on a date with Kartik Aaryan. Since then, rumours have been rife that the two are actually seeing each other in real life. And then, Kartik Aaryan was also spotted on a dinner date with Student of the Year 2 actress, Ananya Panday. Kartik Aaryan, in an interview with the Hindustan Times, has shared in detail that he is very much single now and is not seeing anyone in the industry. Confessing his official relationship status, Kartik Aaryan revealed, “Well, I want to tell you the official status. My relationship has no status. I am very much single. Ab main kya bolu. I feel it’s a good thing that they (female actors) are giving me so much attention. I am blushing and I am happy and enjoying it (laughs).” 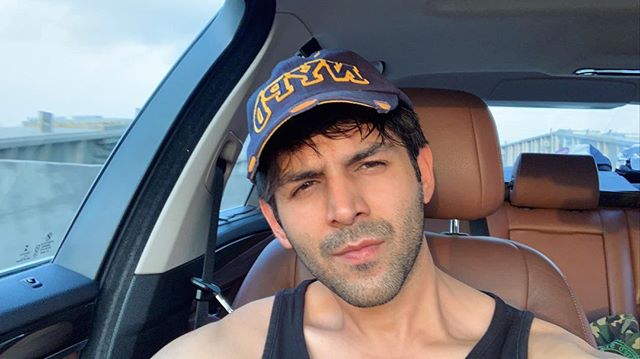 Even though he is single by his own admission, he readily believes in the institution of marriage. Kartik Aaryan was quoted as saying, “I want to find true love. I believe in marriage and I really hope that I find someone. I am that kind of guy who wants to fall in love and get married.” He also shared his advice to the young lovebirds out there, “Just go with the flow. You should not force a situation. We should think in terms of how we feel and what we really want to do.” Kartik Aaryan is one name which has been associated with Sara Ali Khan and Ananya Panday a lot in the past few months. When he had come on Karan Johar’s chat show, KJo had asked Kartik, "An exciting thing that happened Kartik is Sara Ali Khan came on my couch and said that she wanted to date you. What is the follow-up on that? What's the status? Are you interested in Sara Ali Khan?" (Don't Miss: Mahesh Bhatt Calls Kangana Ranaut 'Bachchi' After Sister, Rangoli Said He Threw 'Chappal' At Kangana)

Kartik Aaryan had blushingly replied, “So, what I'm doing is, sir, I'm just trying to, you know, earn more and more money right now. Saif (Ali Khan) sir said, 'Does he have the money?' So, I'm just..." Karan interjected here and further probed, “And, you clearly don't have the money that can match the Prince of Pataudi.” To this, Kartik had answered, “I don't know. She is a princess. So, you know, to ask her out on a date, you know, I would require a certain bank balance.”

Kartik Aryan was once also spotted with Ananya Panday and in fact, she had also shown her interest in Kartik when she had made her KwK debut. Asking Kartik about his dinner date with Ananya, Karan had asked him, “You went for dinner with Ananya Panday but you kind of annulled Sara's declaration of romance on my couch. You went out to see a movie with Shraddha (Kapoor), you went out for dinner with Ananya and you're also messaging Sara. So, is there anyone you're really,” Kartik retorted here and had said, “I'm not messaging Sara.”

Sara Ali Khan too had also opened up about Kartik and Ananya’s link-up and had recently said, "Finding him cute is a very personal, it's a very one-on-one thing. When I say one-on-one, I mean me and me. It's a Sara-Sara thing. So how does it matter if he finds some other person who names starts and ends with A cute? That's good for him and her."

Kartik Aaryan had recently shared with a media portal about a weird shaadi ka rishta that his mom had received for him. Kartik had said, “Just a little while ago, there was this guy who called my mom directly. We didn't know him and I don't know how he got my mom's number but he called her directly, saying Kartik ki shaadi karani hai meri behen se. My mother just said that Kartik isn't interested in marrying right now. He is very much focussed on his career and on top of that, I don't know who you are.” 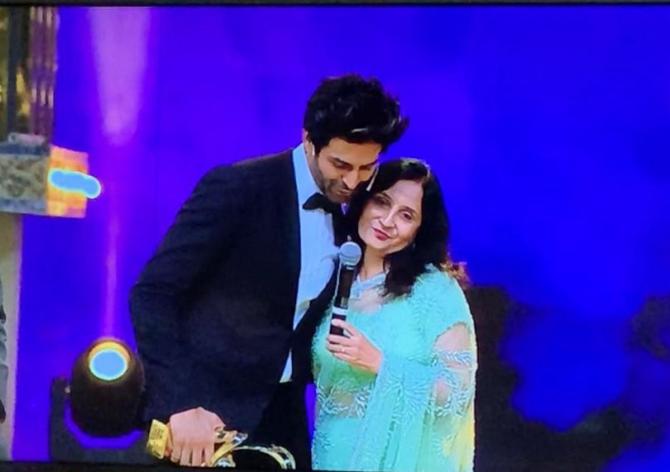 We understand, Kartik that your house must be filled with marriage proposals! Guys, how do you like Kartik Aaryan? Share your views!