On October 30, 2019, K.G.F. star, Yash Pandit and his wife, Radhika Pandit were blessed with a baby boy and on November 4, 2019, the elated mommy, Radhika shared the news with her fans.

Chubby Cheeks, Dimple Chin, Rosy Lips, Teeth Within, Curly Hair, Very Fair, Eyes Are Blue - Lovely Too. – The joy you feel when you hear nursery rhymes playing in your house is unexplainable. The moment you hear the news of the arrival of your newborn, you start to jot down the things, you would want your child to have and what will be good for him/her. Your Google search history will reflect the good names for your newborn baby, room decors for your child and many more. Your life feels complete with the arrival of your little munchkin. (Recommended Read: Tara Sutaria Opens Up About Her Relationship With Rumoured Boyfriend, Aadar Jain)

A mother’s life is not easy and is filled with bumpy rides. From sleepless nights to dizzy mornings, a woman’s routine changes entirely after embracing motherhood. But the joy and happiness that she gets after holding her little bundle of joy in her arms is just unimaginable. K.G.F star, Yash Pandit’s wife, Radhika Pandit is going through the same phase. Yash and Radhika had started as friends and eventually fell in love with each other. The duo had tied the knot in the year 2016 and were blessed with a lovely angel, whom they have lovingly named ‘Arya’ on December 2, 2018. Earlier, we have informed you that Radhika and Yash are expecting their second child and now, Radhika has shared the good news with her fans.

'KGF' Star, Yash Pandit Reveals Daughter, Arya's Daily Routine And How She Has Become His 'Mother' 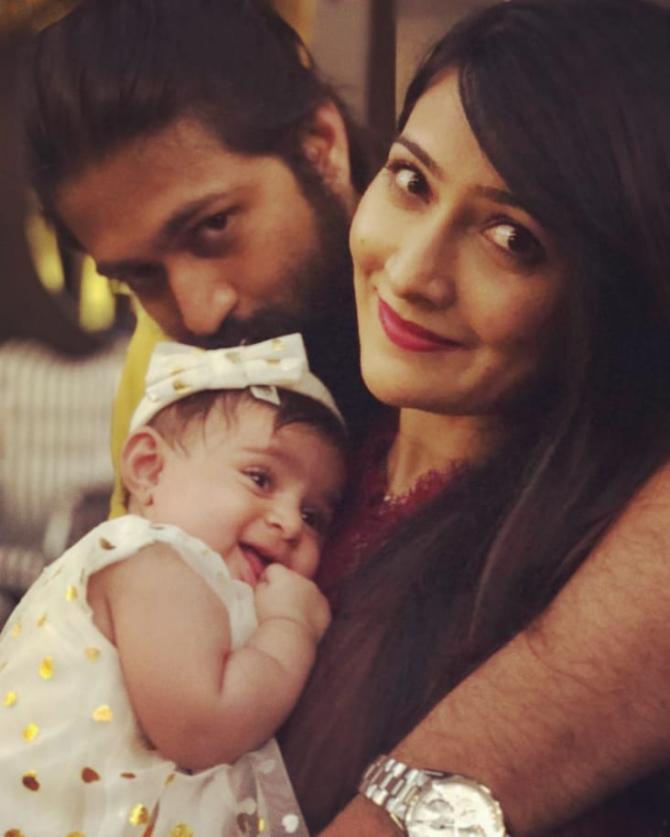 On October 30, 2019, Yash and Radhika’s family picture got completed as they were blessed with a baby boy. And now the elated second-time mommy, Radhika herself shared the good news with her fans. She took to her Instagram and posted a family picture, where she can be seen flaunting her baby bump and carrying little, Arya in her arms and was accompanied by hubby, Yash. She captioned the image as “Our family has been extended by two feet in blue. Thank you all for your love and wishes! #radhikapandit #nimmaRP.” 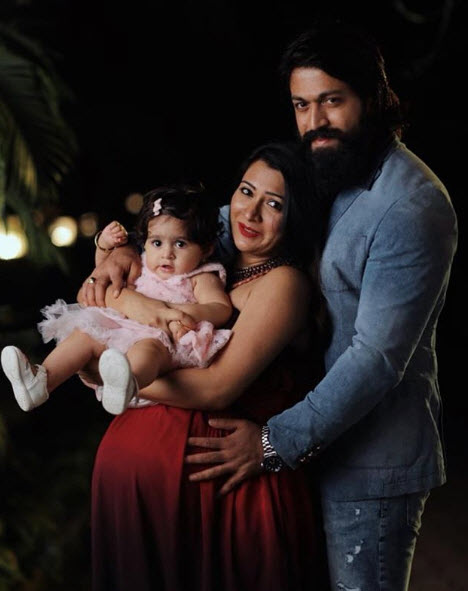 On October 13, 2019, Radhika Pandit’s girl gang had hosted a surprise baby shower for the then soon-to-be-mommy. On October 16, 2019, Radhika had taken to her Instagram handle and had shared glimpses of her bee-themed baby shower. In one of the pictures, we could see Radhika holding her angel, Arya. In another picture, we saw the yummiest 'bee-themed' cake that had read, 'He or she? What will it bee?'. Along with these lovely pictures, Radhika had penned a heartfelt note thanking her friends, which could be read as "My girl gang threw a Surprise Baby shower for me!! It was fabulous with a Bee theme. Thank you to all the aunties to Bee for this BEE..AUTIFUL shower!! Love you guys." (Suggested Read: Virat Kohli And Anushka Sharma's Trek Experience On His Birthday Is A Perfect Tale Of Love And Peace) 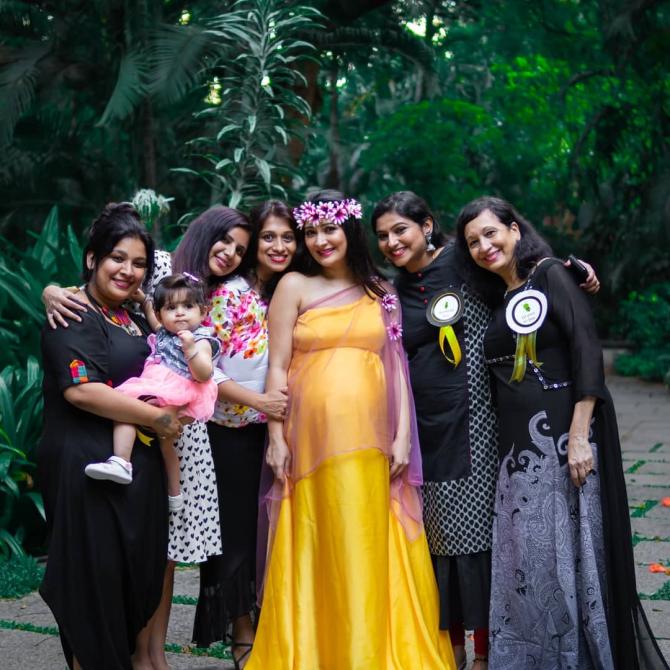 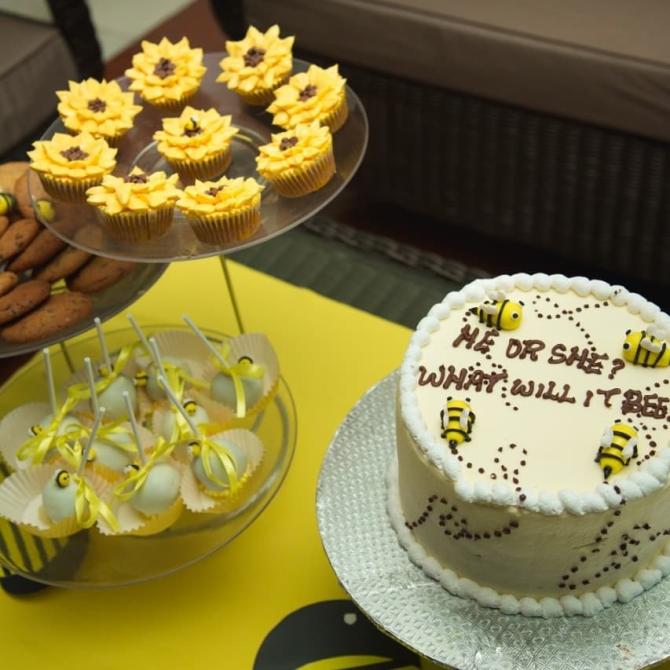 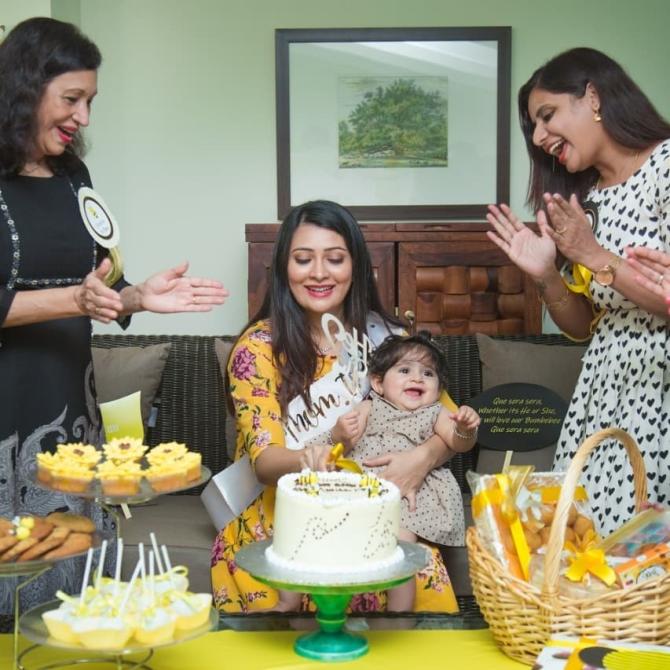 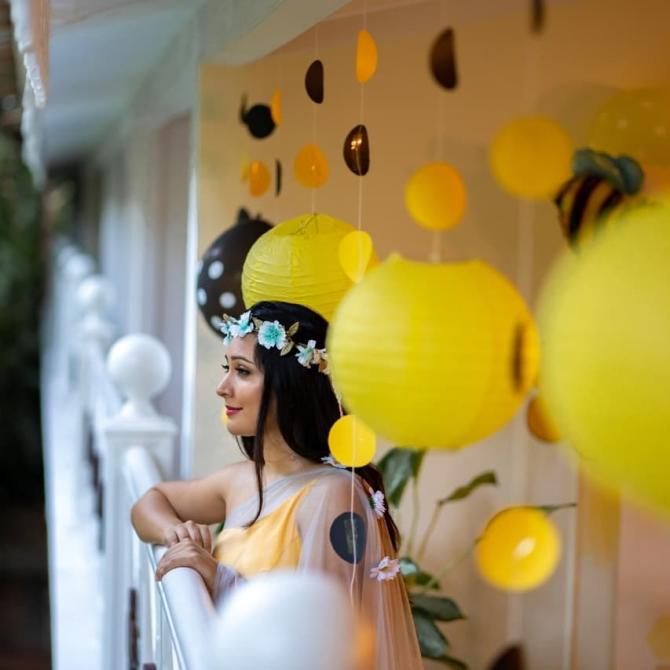 In an interview with the Times of India, Radhika Pandit had talked about her surprise baby shower and had said, “The traditional baby shower is usually only done for the first time. My gang felt that they didn't want to deprive me of a celebration for my second one and planned a surprise. It was a yellow and black themed party titled Mommy To 'Bee'. They just took me to the venue and surprised me with my ready outfit and hair and makeup, along with a lot of games." Radhika had further talked about embracing motherhood for the second time and also revealed that the family is all set to welcome the new member. She had added further, “This time around, it has been a more familiar feeling. I have been there and done that, so I know the symptoms and what to expect after my first time. I found it easier as I knew what to expect and there was Ayra (her firstborn) to keep me distracted too. I'm all ready for round two. We've got the changing table, crib and lots of clothes already. We've already seen it all during Ayra's birth. Though, I can imagine how my home is going to be filled with diapers for the next few years. And, of course, I am also going to have to get used to being awake longer." 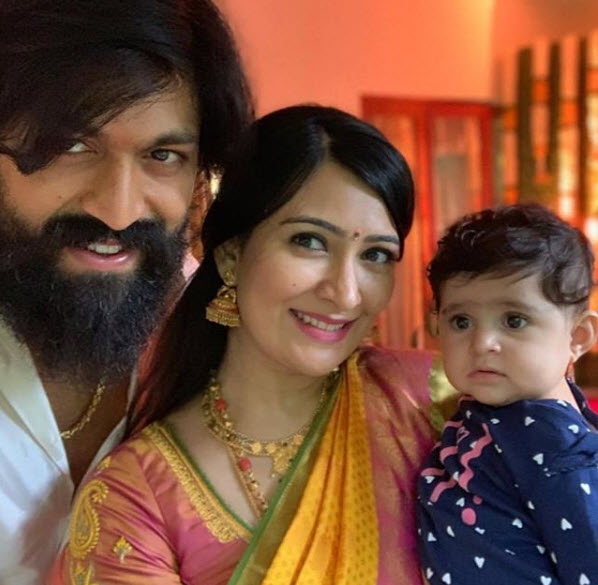 Earlier, in another interaction with The Times of India, Radhika had talked about her decision of not keeping a nanny for her little daughter and had said, "I was very clear that I’m not going to have a nanny to look after my baby. I am happy to say that I’m a hands-on mother. Some nights, she just refuses to sleep and I find it hard to stay awake. But then she gives me a naughty smile and there couldn’t be anything more adorable than that." (Do Read: Neha Dhupia And Angad Bedi Had Bought Their Wedding Dresses On A 'Returnable Basis' From Designers) We can’t wait to see the first picture of Yash and Radhika’s baby boy! What about you?