Moms are the first love of their son, and they hold a special place in their heart. And Bollywood actor, Kartik Aaryan shares a similar kind of relationship with his mother. 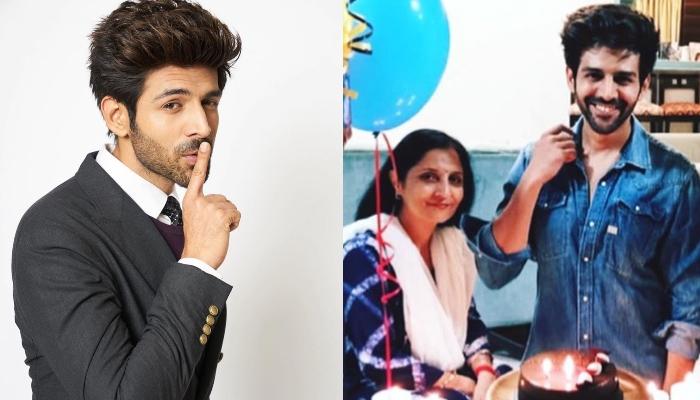 A father might teach his son how to be strong but it is a mother, who teaches him how to be soft to impress girls. She is the one, who teaches her son the art of understanding women. There is a deep connection between a mother and a son that starts from the time a woman gives birth to him. They stuff their sons with yummiest meals and forces them to learn a little cooking (because you never know when the need may arises). They prepare them for the world outside and forces them to achieve what they want in life. And Bollywood actor, Kartik Aaryan is self-proclaimed 'mumma's boy' and he takes immense pride in it. (Recommend Read: Mahesh Bhupati And Lara Bhupati Wish Each Other On Their 9th Wedding Anniversary In Paw-Fect Style)

Kartik's mother has given him the right education, taught him how to stay grounded and how to value the little things in life. We remember once in an interview with the Hindustan Times, Kartik had shared that his mother is his best friend and the strongest woman he has ever known. And there is no doubt in it. On Kartik's birthday, his mommy and daddy had thrown an adorable birthday party and the actor had shared pictures of the same on his Instagram handle. Along with it, Kartik had written, "Jab Mummy Papa ne bday pe surprise kiya." 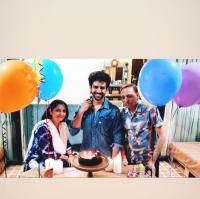 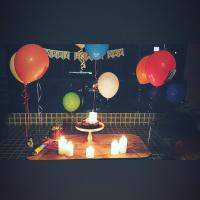 Kartik often shares snippets from his life on his Instagram handle. On February 20, 2020, he shared the reason why he is missing his mother so much. He posted a selfie and wrote, "Hate being away from mom especially when injured. Already missing you", followed by a kiss emoji. For those who don't know, Kartik has jetted off to Jaipur to start the shoot for his next film, Bhool Bhulaiyaa. And we can understand how he must be feeling. Take a look at his picture below: 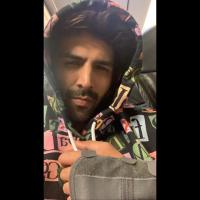 Here is another snippet of Kartik's social media life, wherein he yet again proved that he loves his mother a lot. On January 15, 2020, Kartik's mother had turned a year older and the actor had made sure to make her day super special. So, he had flipped through his childhood photo album and had shared an adorable picture with his mommy on his Instagram handle. In the picture, we could see baby Kartik wearing a romper and looking cute in two ponytails. He had captioned the picture as "Happy Birthday to my Fav Hairstylist. Love you mummy." Isn't he cute? (Also Read: Saif Ali Khan Talks About How Kareena Kapoor Has Broken The Stereotype On Gender Roles In Marriage)

In an interview with the DNA, Kartik had talked about his dream house which he has built-in Mumbai to stay closer with his family as he is a family man and cannot stay away from them. He had stated, "I had a dream that we would all live together once again. Now, after almost seven-eight years of staying here alone, I asked them to join me. In a way, this is my dream house because my parents and sister are here with me."

In an interview with the Hindustan Times, Kartik had opened up on his childhood and had shared, "She was very strict. While growing up, I used to sleep at 8 pm and get up at 4 am to study. And this was until I was in class 10, as she wanted me to score big in board exams. But I’d secretly watch wrestling and cricket on TV when she wasn’t around and she used to catch me and tell me that I need to study first. Now, I realise that it actually helped me grow and inculcated discipline in me." (Don't Miss: Neetu Kapoor And Her Granddaughter, Samara's First Duet In This Dance Video Will Make Your Day)

Kartik Aaryan Takes A Journey Down The Memory Lane On His Mother's Birthday, Shares A Cute Picture A father teaches his son how to be strong, but it is a mother, who teaches him how to be soft, kind and impress the ladies. A mother makes her son a perfect gentleman and tries giving him the right life lessons. There isn't any problem that a mother can't solve.