We have always dreamt about owning a house and making it our ‘home sweet home’ with our partner, kids and a dog. Some fantasize about a mansion with an infinity pool, a hanging bed, sliding stairs, a secret room, a patio for barbeque evenings, a treehouse with swings and a hammock, a walk-in closet, and some want a simple BHK to be their peaceful abode, each one of us has a different idea of a perfect ‘home sweet home’. And the best homes are those which reflect the personality of the ones living there. (Also Read: Amitabh Bachchan And Jaya Bachchan's 100 Crore Worth Home, Jalsa Exudes Royalty, Take An Inside Tour)

Dekho Maine Dekha Hai Yeh Ek Sapna, Phoolon Ke Sheher Me Ho Ghar Apna… having a home of their own is a big milestone of every couple and they try to make every corner of the house, perfect. International star, Sunny Leone and her hubby, Daniel Weber had moved into her new home in Los Angeles, which was a gift to herself in 2017. Before embracing parenthood, Sunny and Daniel had set up their ‘small little country style home’ which is nothing less than a paradise. Their Los Angeles bungalow is located in Sherman Oaks, which is about a 30-minute drive away from Beverly Hills and about a 5-minute drive away from the iconic Hollywood sign.

Sunny Leone and Daniel Weber have been giving glimpses of their palatial abode and their luxurious property covers an area of about 1 acre or about 43,560 square feet. The lovebirds have travelled across the world, so their furniture and artefacts strike a perfect balance between being luxurious, exotic, and spiritual. Sunny and Daniel’s sprawling yard has a small garden that grows seasonal vegetables and herbs, and a secret garden. Reportedly, the house boasts of five bedrooms, a swimming pool, home-theatre, an expansive garden and outdoor dining area. As per a Republic World report, Sunny’s net worth is of $13 million that is approximately Rs 99 crores. And her LA bungalow is worth Rs 19 crore, as per a 2018 report by Times Now News. According to a report by the Hindustan Times, Daniel Weber had revealed how they had travelled the world to shop for the décor of their LA home. He had stated, “Sunny and I had wanted this property for a really long time. We got possession just this week. We have shopped for all the artefacts in Italy, Rome and Spain. The house reflects our personalities and tastes. We have been travelling the world shopping for the décor.” There’s a two-foot bronze statue of Lord Ganesha at the entrance and two four-foot hand-carved stupas from Nepal in the front yard. Daniel had continued, “We’ve just moved in and are excited about exploring the neighbourhood.” Sharing the pictures on her social media handles, Sunny Leone had written, “Our small little country style home on 1acre of land in the middle of the city :) @DanielWeber99 @yofrankay Angie and our broker Spenser!” (Also Read: Gauri Khan Gives A Never-Seen-Before Peek Inside Mannat, Shah Rukh Reveals What Makes Home Beautiful) 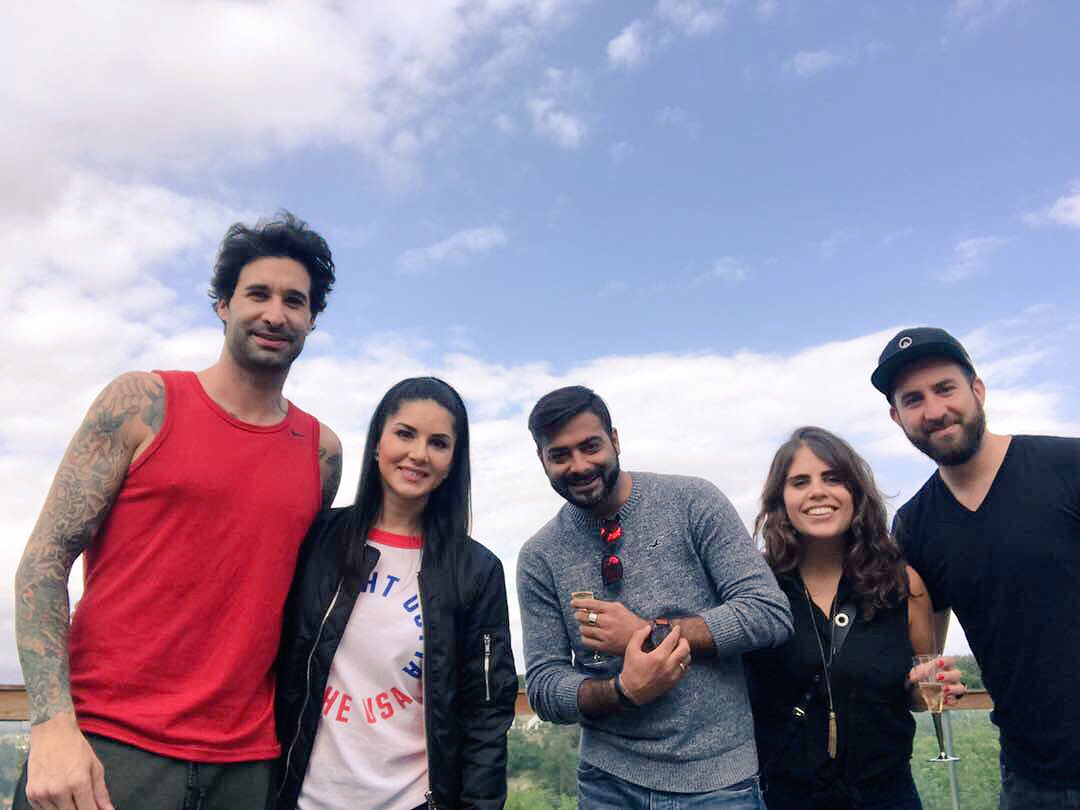 In an interview with India.com, Sunny Leone had revealed why she is fortunate to have a husband like Daniel Weber. She had stated, “I’m a very fortunate woman. We both (my husband and I) grew up in households where our fathers worshipped our mothers. And to this day, Daniel’s father worships his mother. It is the sweetest, one of the most beautiful things you will ever see. And I think when children watch this (while) growing up, they also become like their father or their mother. They watch and it becomes a normal thing for them. So I’m very lucky that I have a husband who doesn’t see it as a one-sided thing, and neither do I. If one of us sees a dirty dish in the sink, I’ll wash it – or he’ll wash it. Well, you build that together, only your husband and you know or your family members know how hard you worked to buy that glass, or to have that sink that’s your own. So, of course you should take care of it.”

Sunny Leone and Daniel Weber had embraced parenthood for the first time when they had adopted a 21-month-old baby girl and named her Nisha Kaur Weber. In 2017, Sunny and Daniel finally became Nisha’s parents and had brought her home after the completion of the legal formalities. A year later on February 11, 2018, Sunny and Daniel’s family of three had finally gotten completed and the family of five is now living their happily ever after. Asher Singh Weber and Noah Singh Weber were born to them through surrogacy. 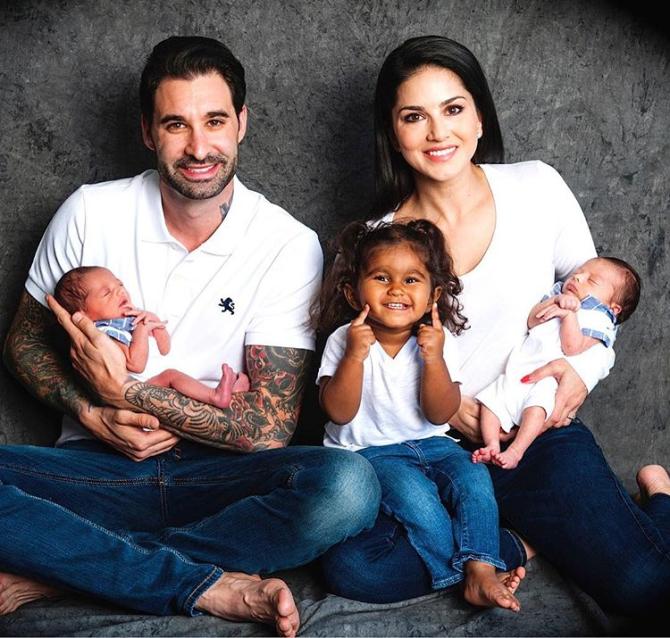 From becoming proud parents to an adopted baby girl and welcoming two baby boys via surrogacy, to posting the boldest pictures of their family on social media, Sunny Leone and Daniel Weber are known to break the stereotypes. On September 29, 2018, Daniel had posted a picture with the tattoo artist and had captioned it with a smiley. Later he had posted a bare-body picture of himself, ironing his clothes and a closer look had given a glimpse of the tattoo of the names of his kids, Nisha, Noah and Asher, with a little heart in between. (Also Read: Inside Pictures Of Mukesh Ambani And Nita Ambani's Luxurious 2 Billion Dollar Home, Antilia) 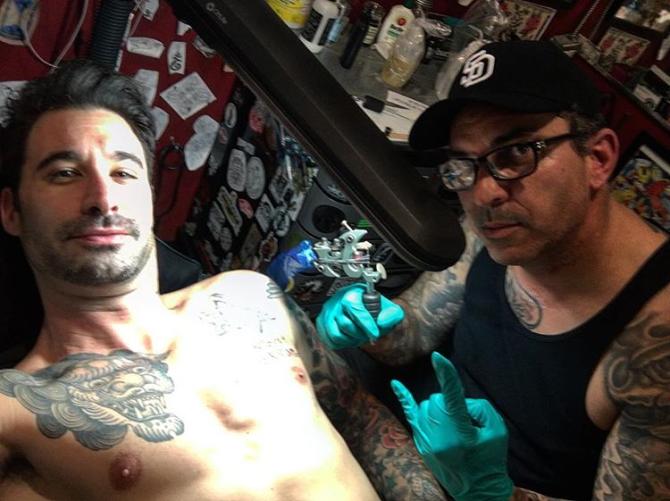 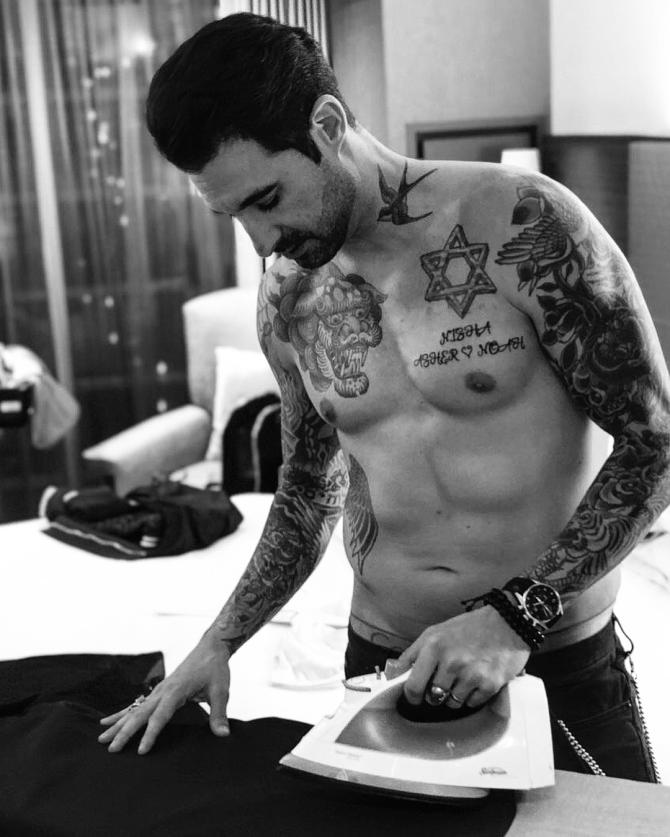 Sunny and Daniel’s unconditional love for their little ones, Nisha, Noah and Asher is quite evident in their pictures and interviews. And their LA abode is a perfect place for their kids to play and spend time!