Karisma Kapoor will be back on the screens after a long time. She revealed the real reason as to why she remained absent from the glamour world. 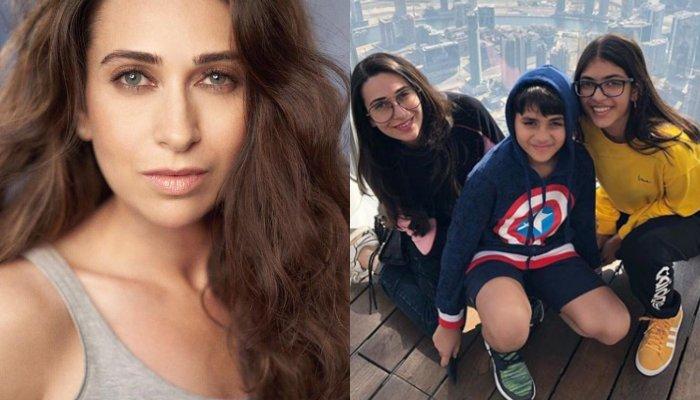 Motherhood- The feeling of motherhood can be a beautiful one but it often tends to get overwhelming at times. While there is this unexplainable bliss when one hears the word ‘Maa’, there are truckloads of responsibilities that accompany motherhood. And if you are a single mom, the workload doubles! Ensuring that your child/children get the best of everything, tackling work and kids alone, spending time with them and what not, mommyhood isn’t an easy level at all! And we bet yummy mummy, Karisma Kapoor can vouch for the same. (Do Read: Chhavi Mittal Shares The Birthing Of Arham, Reveals She Had Slept For Some Time Through Her Labour)

We have last spotted Karisma Kapoor as a lead actress in Vikram Bhatt’s Dangerous Ishhq in 2012. And ever since, we have been missing this leading lady of the 90s on the screens. But what looks like it, the wait is finally over as we will very soon get to see the Fiza actress making her digital debut in Alt Balaji’s web series, Mentalhood. The web series’ first look was unveiled yesterday and what looks like it, the web series is all about motherhood and handling kids, something which Karisma is already a pro at!

Sharing the aforementioned poster, Karisma Kapoor had written, “Meet Meira Sharma. A small town mom trying to navigate through this jungle of Mumbai momzillas. She knows parenting is about the right balance...it’s the finding of that balance that’s the tricky part. Her muddled thoughts are put on a blog...where she reaches out to every mom. SHE IS YOU. SHE IS ME. SHE IS EVERY MOM. A tired, stressed out, worrying, caring....mental mom.” And ever since, we have been wanting to know more about Karisma and Mentalhood. And hence, in a telephonic interview with the IANS, Karisma revealed the real reason as to why she remained absent from the glamour world for a long time.

Karisma Kapoor shared, “It (acting) is ingrained in you. It is something that never goes away. I was waiting for something really interesting. It was out of my choice that I didn't do any film because my kids were very young. It was out of choice that I wanted to be at home with my family and children." She had also added, “They are excited that I am working again. I started working at a very young age. Everyone in my family has been an actor and contributed to this industry. I have grown up with a really strong work ethic, and I think that's hopefully gone down to my children as well." (Must Read: Taimur Ali Khan Is Never Allowed To Eat Food At Birthday Parties, Kareena Kapoor Reveals The Reason)

Speaking about the varied career choices that Karisma Kapoor has opted for in the many years of her career, she shared, "I have been lucky enough to have such a wonderful career and I have done a variety of roles. This is something different for me...a different platform. I have been a radio jockey also. I like trying out different things.” Karisma also shared about the kind of support she has received from her mother, Babita and added, “She has given me and sister (Kareena) the strength and the grounding. We have learnt a lot from her. She gave us really good values like to respect our family, to value money, to work hard and be sincere and be good human beings. These things go in a long way. These mould you as a person.”

In an interview with the DNA, Karisma Kapoor had spoken about motherhood and had shared, “Motherhood completely changes you as a woman and your whole focus becomes your children, which I love and enjoy a lot. So I think these small initiatives which we can be a part of, which also help our children and family, means a lot. In a certain way, yes. It has definitely altered my choices in life. Work is secondary for me as a mom. It’s all about rushing back home and being with my kids. My housemaid was just calling me (laughs). So definitely, it’s a matter of my choice and I choose to do that.”

In yet another interview with Femina, Karisma Kapoor had spoken about some invaluable life lessons that she gives to her kids, “I think it’s very important to be grounded. I’m glad that my parents were a strong support system and taught us the realities of life. Even though we were shielded, they let us learn from our mistakes. These are things that I would like my children to learn, too. Learn from your mistakes, but also listen to the little pieces of advice that your elders give you. It’s important to have good values because that becomes the base for everything else in life.” (Also Read: Aishwarya Rai Bachchan Posts A Heartfelt Birthday Wish For Her Mother, Brindya Rai)

Guys, how excited are you to see Karisma Kapoor back on the screens? Keep us posted!