Aishwarya Rai Bachchan's mother, Brindya Rai is celebrating her birthday today, on May 23, 2019. Aishwarya has posted an adorable wish for her mommy dearest. Something which holds the most importance in someone's life is the relationship he/she enjoys but the most important relationship in anybody's life is the one with their mother. No matter what happens, your mother is always by your side and there's a reason why they say- "God couldn't be everywhere, so he created moms." And our Tinseltown celebrities and their mothers have taught us the pricelessness of this sacred relationship. (Also Read: Hina Khan And The Love Of Her Life Rocky Jaiswal Twin In White On Their Way To Milan [Video Inside])

Aishwarya Rai Bachchan, daughter of Brindya Rai and Krishnaraj Rai, is one such celebrity who is as close to her mother as two friends are. Time and again, Aishwarya has been vocal about her love and respect for her mother. 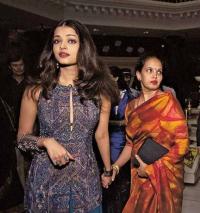 Aishwarya Rai Bachchan's mother, Brindya Rai is celebrating her birthday today, on May 23, 2019. Aishwarya took to her Instagram handle and shared the following picture of her mom. Along with the photo, she wrote an adorable caption to wish her a very happy birthday. Aishwarya worded the pic of her mom as, "HAPPY BIRTHDAY DEAREST DARLING MOMMYYY-DODDAAA LOVE YOU ETERNALLY," along with hundreds of emoticons. 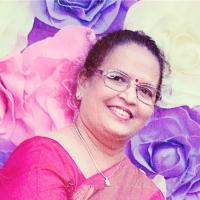 Aishwarya Rai Bachchan, on May 12, 2019, on the occasion of Mother's Day had also shared an adorable post for her mother. Even her darling daughter, Aaradhya Bachchan was in the frame. Sharing the following picture, Aish had captioned it as, "MAA Forever Happiness and Love to All... Today and Everyday." 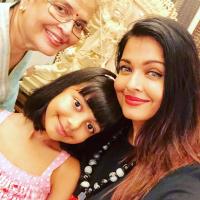 Speaking of Brindya Rai, it must be noted here that on March 18, 2017, her husband and Aishwarya's father, Krishnaraj Rai had passed away. On his death anniversary, on March 18, 2019, Aishwarya had posted a portrait of her father, late Krishnaraj Rai, and wrote a simple yet impactful note along with it. Captioning her father’s death anniversary post, Aishwarya had written, “Love you Eternally." (Don't Miss: Avantika Malik's Mother Responds To Reports Of Divorce Of Her Daughter With Imran Khan) 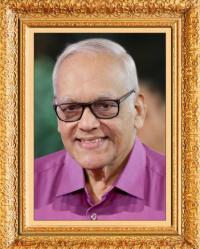 On the anniversary of her parents, Krishnaraj Rai and Brindya Rai in December 2018, Aishwarya Rai Bachchan posted an all-smiles picture of the couple, and had captioned it, “MINE. Happy Anniversary LOVE YOU ETERNALLY.” 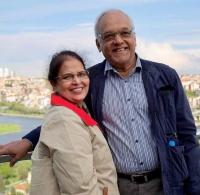 After the death of Krishnaraj Rai, Aishwarya Rai Bachchan's father-in-law, Amitabh Bachchan had written on his blog, “Death.. the inevitable end… That call you wait anxiously knowing that it will come, and come it does to end all other calls .. glimpses of reactions in the mind, of the lost one, of those that shall reflect on the lost one .. and suddenly then in the midst of sorrow and grief among the grieved and grieving. That walk to the ultimate destination and the reality… Embracing the tragedy, the discussions on its transport, its rituals, its formalities… The custom, the tradition, the visitors with the sadness and the embrace of consolation, the last rites, the carriage, the placement, the cremation… What to say what to put out where to put to… All laden with grief and departure.” 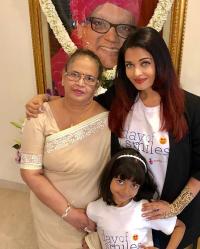 After Krishnaraj Rai's death, a source had revealed to a media portal, “Aishwarya has been heartbroken. She’s been spending sleepless nights worrying crazy about her dad’s deteriorating health. Amid all this, it is heartening to see how Abhishek has been keeping her company. Aishwarya has been ignoring herself while taking care of her father. Abhishek has been taking care of her and making sure that she eats and sleeps every few hours. He has made sure to be around. Both of them spend most of their day and night at the hospital, stepping out to go home only to freshen up and to check on daughter Aaradhya, who’s been taken care of her paternal grandparents – Amitabh Bachchan and Jaya Bachchan.” (Suggested Read: Anushka Sharma Clicked By Paparazzi Outside A Clinic Sparks Pregnancy Rumours, Pictures Inside) 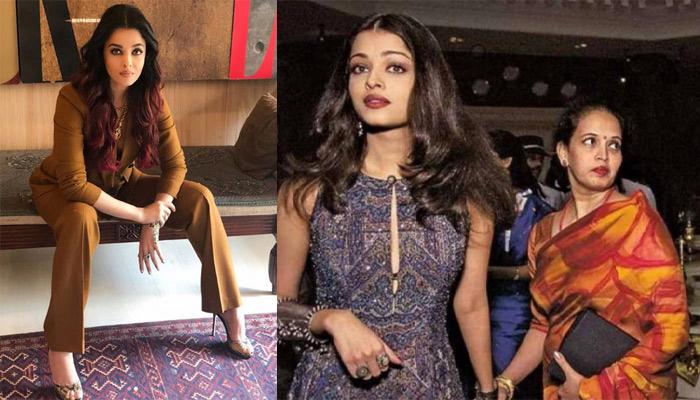 One of the most important relationships we have in our life is the relationship that we share with our mother. It is an unsaid bond which is always close to a kid’s heart. No matter whether the situation is happy or sad, kids always rush to their mothers first to share