Kareena Kapoor Khan's nutritionist, Rujuta Diwekar shared a picture of Bebo's mirror selfie, and we can see a glimpse of baby Taimur Ali Khan and hubby Saif Ali Khan in the mirror.

Given the hectic lifestyle and fast-paced world that we live in, rarely do we see people managing their personal and professional lives perfectly. Even though we take out time for our family and loved ones, the little time do we get to spend some ‘me’ time, pampering ourselves and working out to stay fit. But what could be a better scenario if we manage to get the best of both worlds? What we mean here is that workout routine can be so much more fun if we have someone by our side. Isn’t it? (Also Read: Sara Ali Khan Wishes 'Not So Little Brother' Ibrahim On Siblings Day, Netizens Miss Taimur Ali Khan)

Did you ever cringe over a bucket of ice-cream or a slice of pizza, with even a thought of going to the gym? B-town divas surely don’t have the same emotional setback as they have to look flawless owing to their profession and they're indeed acing it like a pro! Kareena Kapoor Khan, the fabulous mama and all-rounder superstar, has completely transformed herself from a mere human being to the Begum of Pataudi and all we can do is scream G-L-A-M-O-R-O-U-S, on her every glimpse! 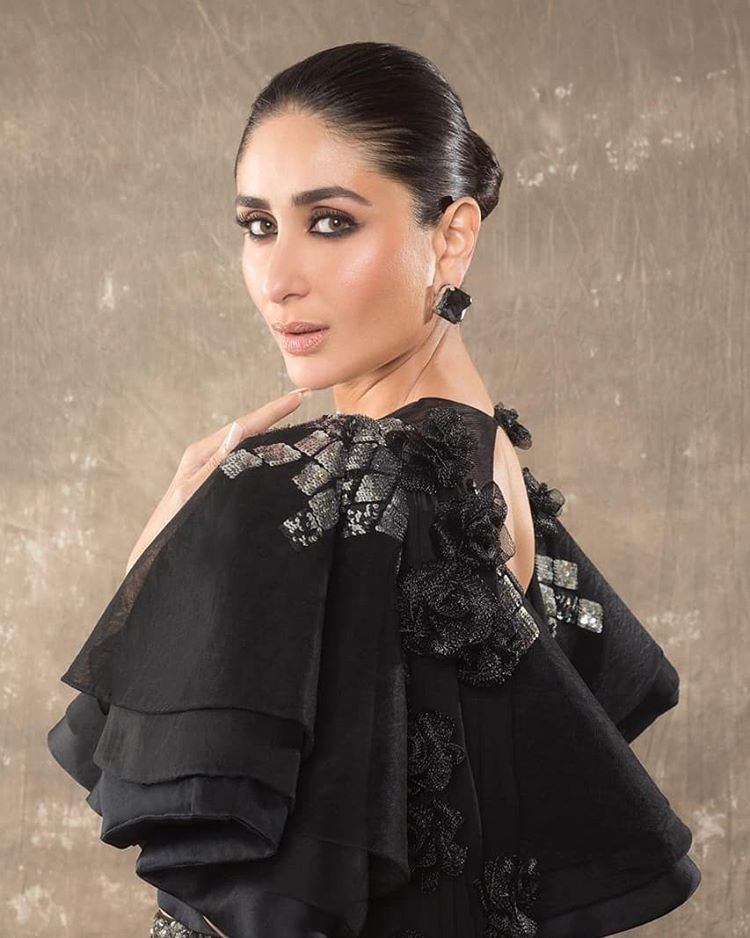 But it is not just Kareena Kapoor Khan, looks like her husband, Saif Ali Khan and their son, Taimur Ali Khan are also fitness freaks. Kareena’s nutritionist, Rujuta Diwekar shared a picture of Bebo’s mirror selfie, and we can see a glimpse of baby Tim and hubby Saif in the mirror. While we can’t take our eyes off the hot and sensuous Kareena, all we can say after this glimpse of the Khan-Pataudi family workout is ‘family that sweats together, stays together’! 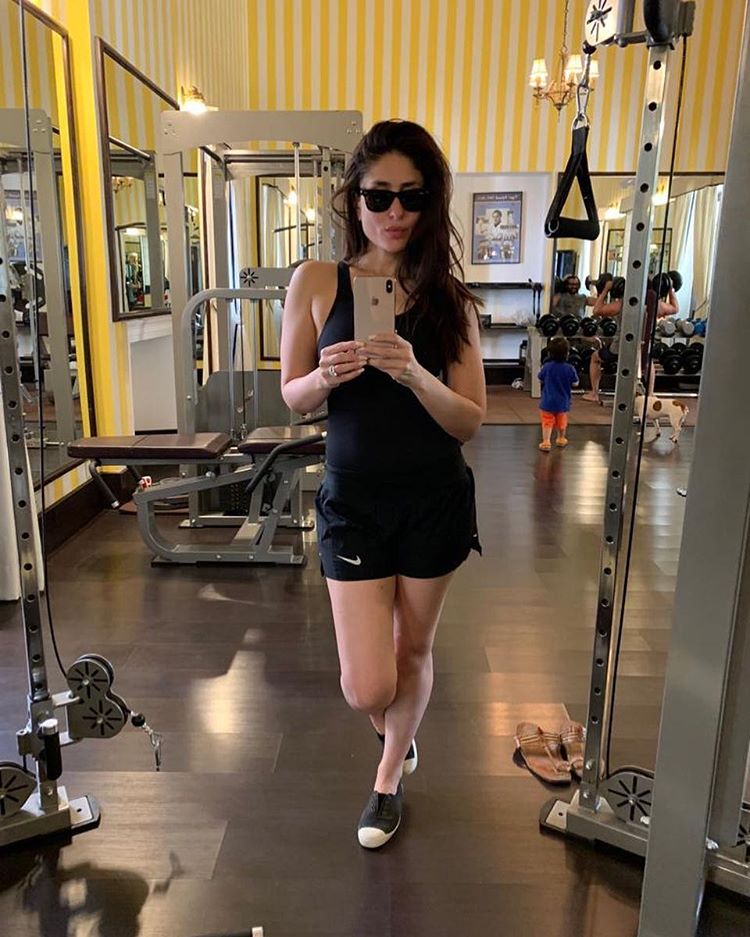 Rujuta Diwekar captioned it, “How to look very cool while looking very hot? How to eat dal chawal and look like a million bucks? One of the many things that you can learn from #kareenakapoorkhan is to eat local, seasonal, traditional = sustainable. Adopt a lifestyle that keeps you lean and fit in the long term. No shortcuts, choose sustainability. No fads, just plain good food. #kareenakapoorkhan #eatlocalthinkglobal #sustainable #fit #notesforhealthykids #familiesthattraintogether”. Sometime back, Kareena Kapoor Khan’s kickboxing trainer, Drew Neal, revealed the workout routine of Bebo and her BFF, Amrita Arora Ladak. He had said, “The key for me as a coach is always about finding the balance between productivity and enjoyment. The friendship between Kareena and Amrita allows a fun workout to exist from beginning to end. Their energy and camaraderie make the fun part of my job very easy, I just have to ensure that they remain productive and keep them on track. I feel I play ‘good cop, bad cop’ in every session and change whenever it’s appropriate. Knowing when to feed the humour and when to push the productivity is what makes our sessions a success.” 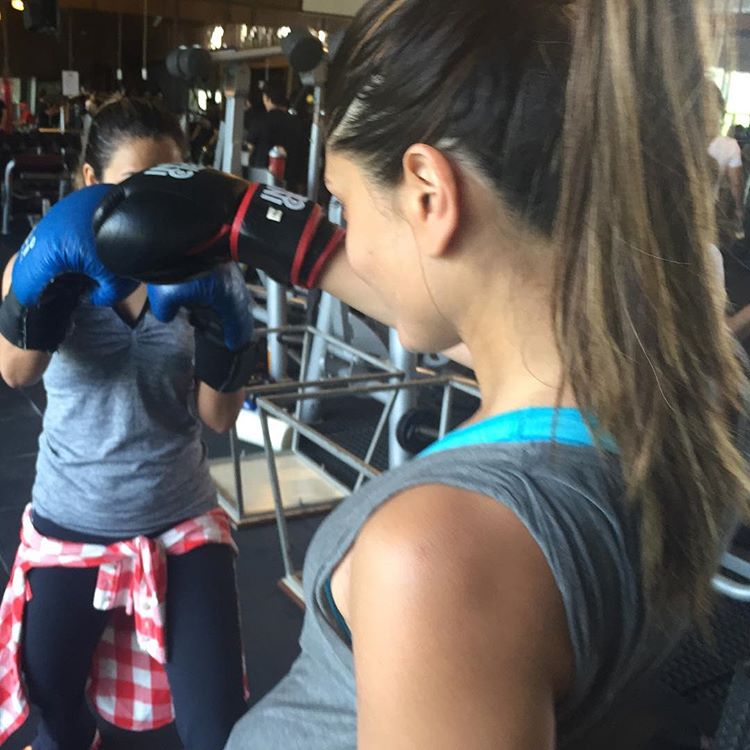 From cardio to kickboxing, Drew Neal further stated, “Each session is goal-focused and planned with meticulous detail, but also varied to ensure it is enjoyable and sustainable. We will always hit two gym-based sessions with a focus on conditioning and cardio. The first session would be for the upper body, and the lower body would be hit in the second. The third and fourth sessions of the week are more functional. Session three would be a circuit training-styled session, lots of body weighted movements and functional exercises. The last session we always hit without fail is the kickboxing session. They have both told me that this is by far their favourite. Of course I am not training them to be fighters, but kickboxing has so many benefits that I am able to adapt the session to suit their exact requirements. I can see they both love releasing their built-up energy by hitting the focus pads as hard as they can. Most of the sessions we do are at the gym, iThink Fitness, but on occasion we even work out on Amrita’s terrace.”

On how Kareena Kapoor Khan and Amrita Arora Ladak plan their workouts, Drew Neal was quoted as saying, “The number of sessions we hit each week depends heavily on their schedules—we have to account and plan for this to ensure their targets are being met. As a trainer I have to be flexible, but I can honestly say that I’m impressed with how much importance they give their training, and how they prioritise it. As for [other] friends I won’t allow it; I think Kareena and Amrita are more than enough for one trainer to handle!” (Also Read: Taimur Ali Khan Rides On Saif Ali Khan's Back As They Leave For Pataudi Palace, Kareena Looks Lovely)

Sharing what is their workout vibe like, Drew Neal had said, “Entertaining, yet focused. They both understand exactly what I expect from them in that session, and by walking through the gym door they have accepted that whatever I have planned for them; they will tackle it head on. I really respect how they face the challenges I set for them—they always give their all. They may joke and call me a taskmaster, but they never shy away from anything I ask them to do. They are both open to new things when it comes to exercise, and I think in the past they have pretty much tried it all. Although the introduction to kickboxing has been an eye opener for both of them—they love it and are clearly getting the benefits from it.” Revealing what happens in the break time, Drew Neal had shared, “Funny you should talk about breaks—they’re often a subject for banter [in our workouts]. [Both Kapoor Khan and Arora Ladak] think they should get longer breaks, but unfortunately for them my watch never lies. They have both threatened to accidentally hit me instead of the focus pad, but that hasn’t happened yet so I presume (and hope) they are joking. I think me playing the bad guy and Amrita and Kareena playing the victims in our sessions works well. They try and gang up on me, but they both know we all want the same thing at the end of the day.”

Speaking about the nutrition that the two BFFs, Kareena Kapoor Khan and Amrita Arora Ladak follow, Drew Neal had said, “They both have structured nutrition plans that I have individually charted out for them. My plans are always a balancing act between being optimal for the goal, and actually being sustainable for the client. Unless there is a specific short term goal, I don’t like giving a nutrition plan that the client can’t follow for the rest of their life. So of course both [Kapoor Khan and Arora Ladak] have [foods] in their plans that I wouldn’t necessarily choose, however if that makes it easier for them to stick to their diets, I feel that is far more important. Neither of them like to eat too much before training, so a good carbohydrate source like a banana or oatmeal is often consumed before the workout. Post-workout, I like for the body to start the recovery process as soon as possible, so a protein shake is given to both of them.”

Elaborating on what the two girls, Kareena Kapoor Khan and Amrita Arora Ladak are pro in doing, Drew Neal had stated, “Kareena is exceptionally strong on her upper body and Amrita is the exact opposite, she excels in squats, lunges and anything that incorporates the lower body. But what impresses me most is their running; they both look completely at home on a treadmill no matter how fast I push them, and their technique and cardiovascular fitness is flawless.” 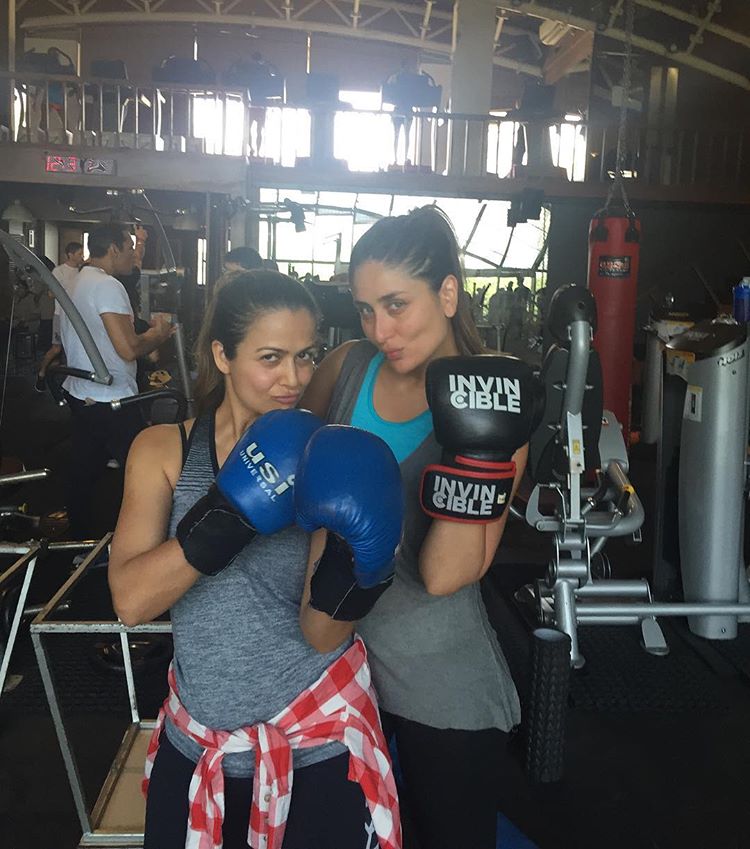 Revealing the most fun part of training them together, Drew Neal had said, “They’re just very sweet together, and hearing them talk about going out, holidaying and their families… it’s all just very natural and shows a true friendship. It’s even funnier for me when they are trying to talk to each other while trying to catch their breath in between sets.” (Also Read: Malaika Arora And Amrita Arora's Workout Pic Proves Sisters Who Do Yoga Together, Namaslay Together) 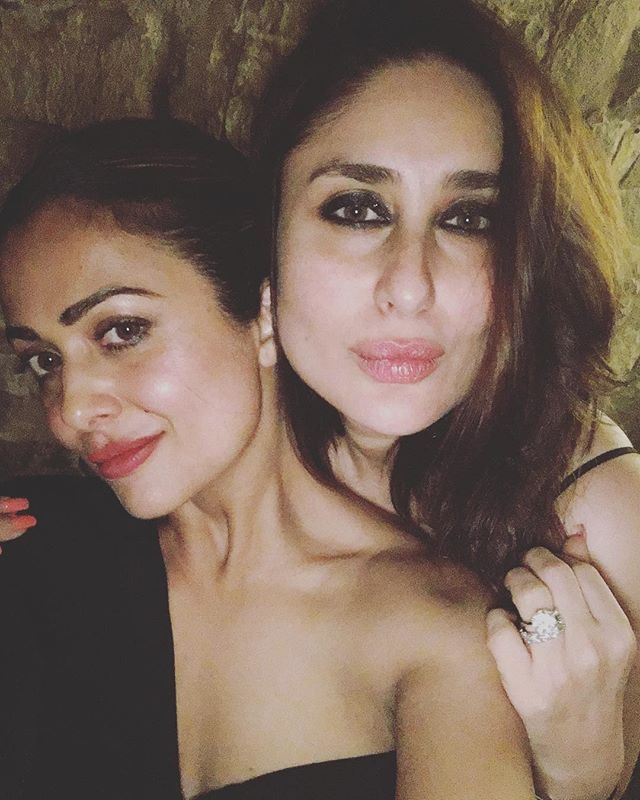 The Khan-Pataudi family is no less than an inspiration for the aam janta, right guys?