Kareena Kapoor Khan was spotted at the airport along with her husband, Saif Ali Khan, and their son, Taimur Ali Khan. Scroll down to check it out! 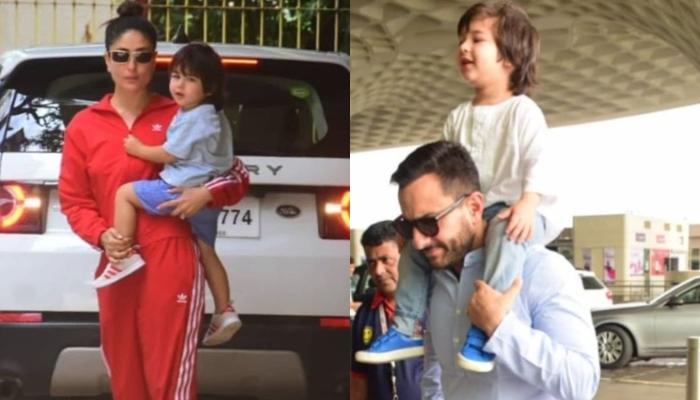 Bollywood diva, Kareena Kapor Khan turned 40-years-old on September 21, 2020, and there's not even a dime of doubt in the fact that she has cracked the formulae and is ageing backwards with the help of some magic potion! Because how else would you explain the gorgeousness at this age? (Recommended Read: Kajol Wishes Her Mother, Tanuja On Her 76th Birthday, Says She Is Forever Her Baby, Shares Pictures)

Kareena Kapoor Khan's birthday celebrations saw only immediate friends and family this year, owing to the global pandemic, although the happiness was double this time, as the second Kapoor-Khan waaris is on the way. Anyway, we spotted Kareena along with Saif and Taimur at the airport. Scroll down to know why! 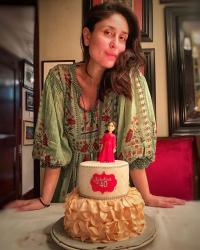 Done and dusted with the birthday bliss, Bebo is now all set to resume her work as she was spotted at the Mumbai airport with her husband, Saif Ali Khan and their little munchkin, Taimur Ali Khan. As per the reports, the Kapoor-Khan family is heading to Delhi in a private plane, where Kareena will be resuming the shoot for Aamir Khan starrer, Laal Singh Chaddha. Earlier, we had reported quoting from Pinkvilla that a source close to the film had told that Kareena's 100 days worth of shooting is left that she'll be wrapping up this year.

For the uninitiated, Kareena Kapoor Khan is paired opposite Bollywood superstar, Aamir Khan in his much-awaited, ambitious project, Laal Singh Chaddha. It is the remake of the Hollywood film, Forrest Gump. Aamir Khan is the protagonist, which, in the original film, Hollywood superstar, Tom Hanks had played. The film was previously scheduled to release during Christmas this year, however, it was postponed by a year and will now release on Christmas 2021. 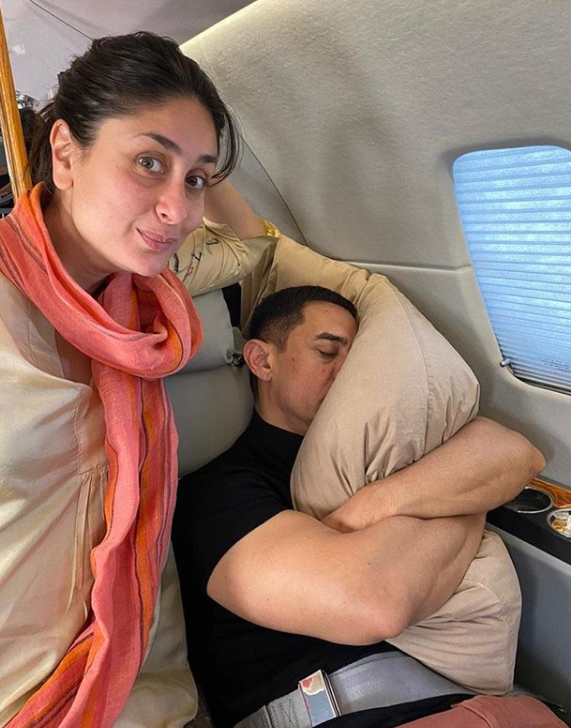 As per the reports in ETimes, a source close to the film had revealed that Kareena's baby bump would be hidden via VFX. The source had said, "Since Bebo's baby bump is visible, it will be concealed using VFX. She has 100 days of shoot left and is expected to join the team in September-October to wrap her portions." Aamir and Kareena had started shooting for Laal Singh Chaddha, but it was halted due to the pandemic. 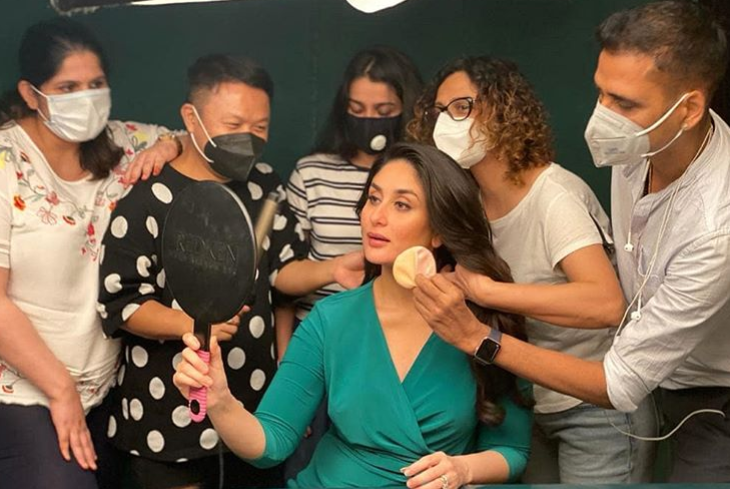 The celebrations of Bebo's 40th birthday was a low-key but star-studded affair, as her family was in attendance. Kareena's sister, Karisma had given the glimpses of the to-be mommy, flaunting her pregnancy glow in a stylish kaftan. Bebo's birthday cake had exuded the essence of 'Main apni favourite hoon' as it had said 'Fabulous at 40', which is the aptest one-liner for our fabulous Bebo! Sharing the pictures on her social media handle, Karisma had written, "Birthday girl. We love you #happybirthday #fabulousatanyage." (Also Read: K.G.F. Fame, Yash's Daughter, Ayra Helps Brother, Yatharv Identify Mumma-Dadda, Radhika Shares Video) 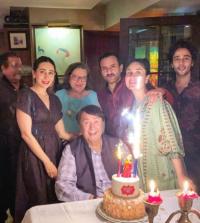 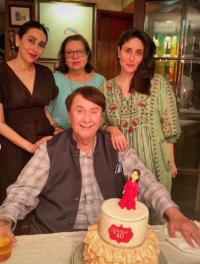 Ahead of her 40th birthday, Kareena had written a note to herself exuding positivity which had said, "As I enter my 40th year... I want to sit back, reflect, love, laugh, forgive, forget and most importantly pray and thank the strongest force up there for giving me the strength and thank my experiences and decisions for making me the woman I am... Some right, some wrong, some great, some not so... but still, hey BIG 40 make it BIG." 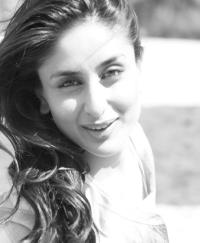 Kareena's sister-in-law, Soha Ali Khan had also penned the most adorable birthday wish for her bhabhi. Sharing a picture with Kareena, Soha had written, "Most women walk the walk, talk the talk and shop the look but you don’t have to do anything - you just are! Strong, empowered, free and full of love. And as your family expands and life becomes more full, may you continue to balance the passions of your life with grace. You make it look easy even though I know it can’t always be! Happy birthday to you @kareenakapoorkhan." (Don't Miss: Shoaib Ibrahim Takes Wifey, Dipika Kakar On A Dinner Date As He Loves Pampering His 'Joru') 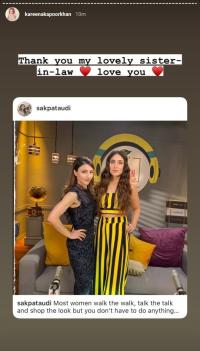 Well, we're very excited for Laal Singh Chaddha! Are you?