Kareena Kapoor Khan walked the ramp as a showstopper of Lakme India Fashion Week 2021. But it looks like some netizens are not happy with her appearance.

Lakme Fashion Week 2021 marked the return of the B-town stunner, Kareena Kapoor Khan on the runway post-pregnancy as a showstopper for the designer, Gaurav Gupta at the Lakme Absolute Grand Finale. The Veerey di wedding actress had dressed in a white body-hugging gown and had turned up the heat at the fashion gala event.

The mother of two, Kareena has never shied away from flaunting her glamorous looks. She has always has stolen our hearts with her stunning appearances on the runway. She had walked the ramp in 2016 for the ace fashion designer, Sabyasachi Mukherjee when she was 6-months pregnant with her first child, Taimur Ali Khan. And soon after, she was seen on the runway flaunting Anita Dongre outfits when Taimur turned one and a half months old. And she surely made heads turn with her appearance at the Lakme Fashion Week 2021.

Kareena Kapoor Khan had chosen a white strapless gown with patterned silver embellishments all over it. The mermaid silhouette of the ensemble had accentuated her look and had added a divine touch. Bebo had completed her look with bold make-up and had opted not to wear any accessories. She had styled her hair in a centre-parted sleek bun and had chosen contoured cheeks, plum lip shade and kohl-lined eyes with shimmery eye shadow.

The Ra-One actress had looked like a goddess as she had walked the ramp wearing a silver, shimmery strapless gown. However, she had got massively trolled for her look on social media. The netizens have trolled her mercilessly with some mean comments on Instagram. They called her aged, chachi, fat and a lot more. 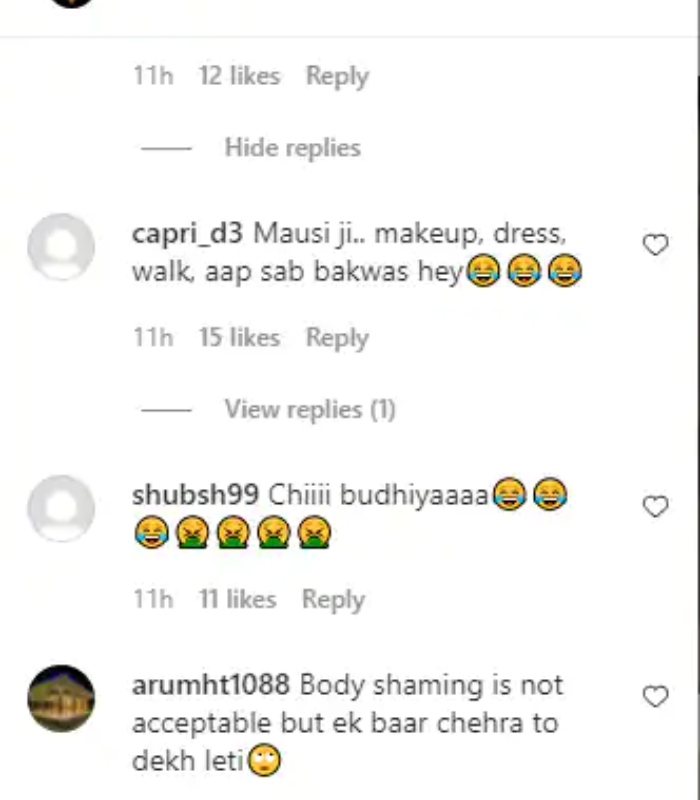 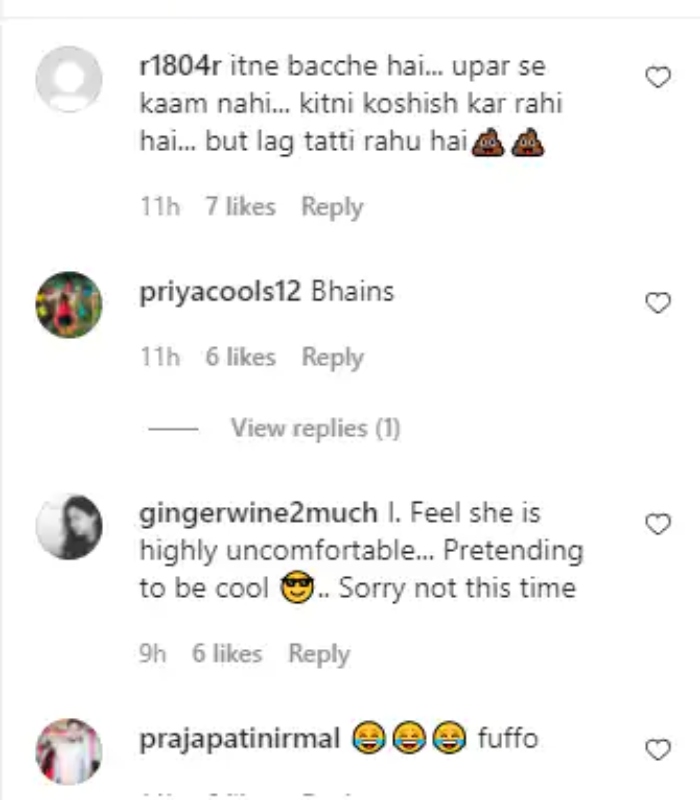 While a user commented, "chachi shakal to square ho Chuka h", another user commented, "Oh god so gaudy and so over done.. old so accept it gracefully." One more comment can be read as "Her arms are broader than my dad's." Another comment read, "Chiiii budhiyaaaa." In an interview with Vogue, Kareena Kapoor Khan had talked about the Lakme fashion show and Gaurav Gupta's collection. Talking about the same, she said, "It feels great to be back on the ramp and I am really looking forward to Lakme Fashion Week this season. It has been a challenging year for all of us and what better way to celebrate the resilience and spirit of this industry and its people. You can expect a stellar show from Gaurav with a collection that embodies precision, definition and redefines fashion. This season is even more important because we are talking about sustainability, so the show comes with a very strong message.” You may also like: Shruti Hassan Opens Up About Her Parents' Reaction About Her Going For Therapy Sessions