Karan Johar had posted a video of his little ones, Yash Johar and Roohi Johar, hilariously trolling their father for having a tummy. Check out how Kareena Kapoor Khan reacted to the video. During the COVID-19 lockdown, each glimpse of a celeb baby is a ray of sunshine for every Bollywood fanatic. Being locked at home, it is getting difficult to stay busy all the time and to pass our time, we scroll through social media to get a glimpse of how B-town celebs are keeping themselves occupied. While Kareena Kapoor Khan updates us with #QuaranTimDiaries, Soha Ali Khan gives a sneak peek of Inaaya Naumi Kemmu’s house party, Sunny Leone gives a glimpse of her dance performance to entertain her kids, Nisha, Noah and Asher; Karan Johar treats us with hilarious videos of his munchkins, Yash Johar and Roohi Johar and hashtag it as ‘LockdownWithTheJohars’. (Also Read: Karan Johar's Kids' Closet Tales, Roohi Plays Guitar, While Yash Hides In Karan's Closet)

Karan Johar treats his followers with #LockdownWithTheJohars series, which includes high tea of his kids, Yash Johar and Roohi Johar with their grandma, Hiroo Johar, the little ones criticising Karan for his sartorial choices and also calling his film, Kuch Kuch Hota Hai, boring. And just like we cannot get enough of these hilarious videos wherein the twins, Yash and Roohi troll their dadda, Karan in the most adorable way possible, B-town too, is in awe of these two little munchkins.

On April 6, 2020, Karan Johar had posted a video of his little ones, Yash Johar and Roohi Johar, hilariously trolling their father for having a tummy. As Yash and Roohi were enjoying their lunch, Karan interrupted them and asked, “Wow, we are having lunch. Roohi, what are you eating?” To which, Yash replied, “You have tummy!” A shocked Karan exclaimed, “I have a tummy!!!” which left Yash and Roohi laugh out loud. Then Karan continued, “So what are you saying that I should not be eating? I should not eat because I have a tummy!” to which, both the kids nodded with a yes. A heartbroken Karan then probed, “That’s very mean. Why are you saying such mean things to your dadda?” When Yash imitated Karan, the shocked father ended the video on the note, “Hawww, you are even imitating dadda has a tummy. You are finding this very funny I must say Roohi. I am very upset. Say toodles!”

Karan Johar had captioned the video as “I have been body shamed!!!! #lockdownwiththejohars #toodles.” A lot of celebrities commented on the video but the best of the lot was Kareena Kapoor Khan’s. Reacting to the video in Poo (Kabhi Khushi Kabhie Gham) style, Bebo wrote, “Gym Class Today for you @karanjohar” followed by heart and laughing emojis. Anushka Sharma commented, “Your sartorial choices , sense of humour and now even body have been questioned . Times are hard” followed by heart and laughing emojis. Check out the screenshot of the comments from Karan’s celeb friends on his post: 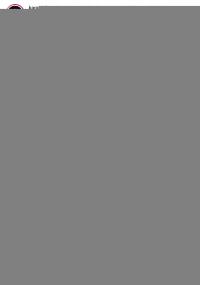 Karan Johar had tweeted another video of his kids, Yash Johar and Roohi Johar, wherein he asks his son if he wants to see his dadda’s film, Kuch Kuch Hota Hai. Replying with utmost disinterest, Yash had retorted, “No, it’s very boring!” and goes on to play with Roohi. Seeing this, Karan had said, “He’s walked away like the critics.” Karan had captioned this video as “Ek aur critic!” (Also Read: Karan Johar Indulges In A Fun Banter With Kids, Yash And Roohi, Dadi, Hiroo Is Labelled A Spider)

It was in 2017 when Karan Johar had embraced fatherhood and had become a single parent to twins, Yash Johar and Roohi Johar via surrogacy. When Yash and Roohi had turned 3 in 2020, Karan had posted some frame-worthy pictures on his social media handles. Thanking the universe for completing him with Roohi and Yash, Karan had written, “I am a single parent in social status...but in actuality am definitely not....my mother so beautifully and emotionally co parents our babies with me...I could never have taken such a big decision without her solid support...the twins turn 3 today and our feeling of being blessed continues with renewed vigour with every passing year...I thank the universe for completing us with Roohi and Yash.” 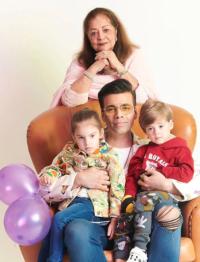 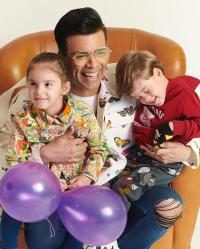 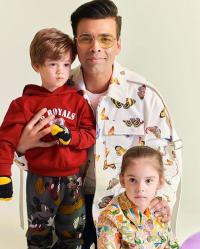 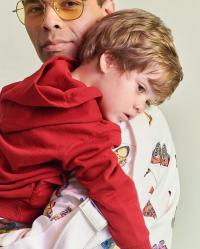 In an interview with Rajeev Masand, Karan Johar had revealed how time has flown since the arrival of his twins, Roohi Johar and Yash Johar. Karan had stated, "I think it's changed me in more ways than I can actually explain. I can't believe that I have people who call me 'Dadda'...who kind of say 'Don't go' when I am leaving the room and who kind of come and just need me to hug them. I've never felt that before. I've never been in a really serious relationship. So, this kind of love, it just hits me really hard. I don't think I've been loved in that kind of pure innocent way ever. Like you know there has been love from friendships and love from parents and members of my family but I haven't seen this pure unadulterated love that is coming in bursts every day." (Also Read: Karan Johar's Twins, Yash And Roohi Think That Shahrukh Khan Lives In Their Daddy's Closet) 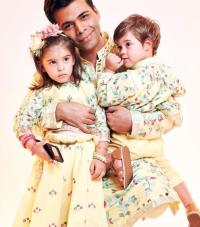 We love how adorably Yash and Roohi troll their dadda, Karan!