On 'What Women Want', when Taapsee Pannu asked Kareena Kapoor Khan how she will react when Taimur Ali Khan will bring his girlfriend home. Her reaction is every 'Punjabi' mother ever!

For mothers, there is no girl in this universe, who is perfect for her son. A lot of insecurities usher into a woman when her son introduces her to his girlfriend. They keep the magnifying glass ready to scan his girlfriend, bombard her with questions in the first meeting and will take a hell lot of time to make peace with another woman in her son’s life. This isn’t a generic situation with every mother in the world, but in most of the cases, it is! And B-town superstar and Begum of Pataudi, Kareena Kapoor Khan reveals how she would feel when her son, Taimur Ali Khan would bring his girlfriend home. (Also Read: Saif Ali Khan Grills Kapil Sharma For Flirting With Wife Kareena Kapoor Khan, His Reply Is Hilarious)

Before we reveal what Kareena Kapoor Khan said, let us give a recap of Bebo, as a mother. It was in December 2016 when Kareena had embraced motherhood and since then, we have seen her managing her professional and personal life like a pro. Even earlier Bebo had balanced her career with her personal life, but post Taimur Ali Khan’s birth, we have seen her juggling between her shoot and home just to spend a little more time with baby Tim. Sometimes, Taimur also accompanies his working mommy to her shoots and Kareena makes sure, he is entertained during her work hours. 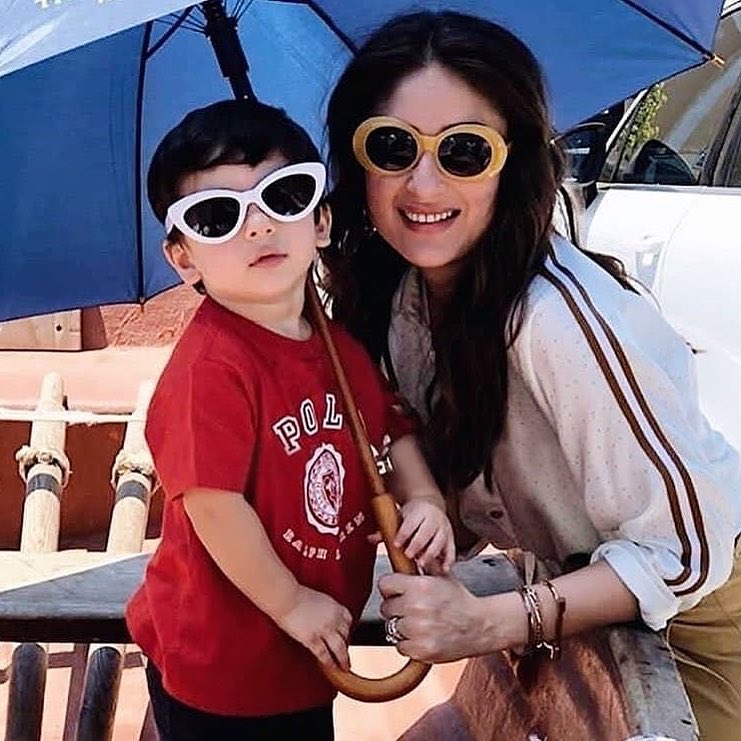 Kareena Kapoor Khan has been acing her acting career and is on cloud nine on her personal front too. In 2019, Kareena had stepped into a different path other than acting and had begun her radio talk show, What Women Want, wherein Bebo interacts with celebrities and touches upon the topics pertaining to the issues faced by women today. In an episode with Taapsee Pannu, Kareena introduced a segment in which the Thappad star has to answer if the situations asked by Bebo are safe or unsafe. When asked, ‘mummy se jhooth bolna’ is safe or unsafe, Taapsee replied, “Main bohot buri hoon jhooth bolne mein. Mera har jhooth pakda gaya hai toh it’s very unsafe.” To which, Kareena added, “Yeah, I think children should not lie to their mothers.” Taapsee teased her, “Yeah, now of course you’ll say that! Aane wala hai vow ala time, right?” Kareena continued, “Now, of course I have like stress level. I am like no no no, this can’t happen. There’s still time.” 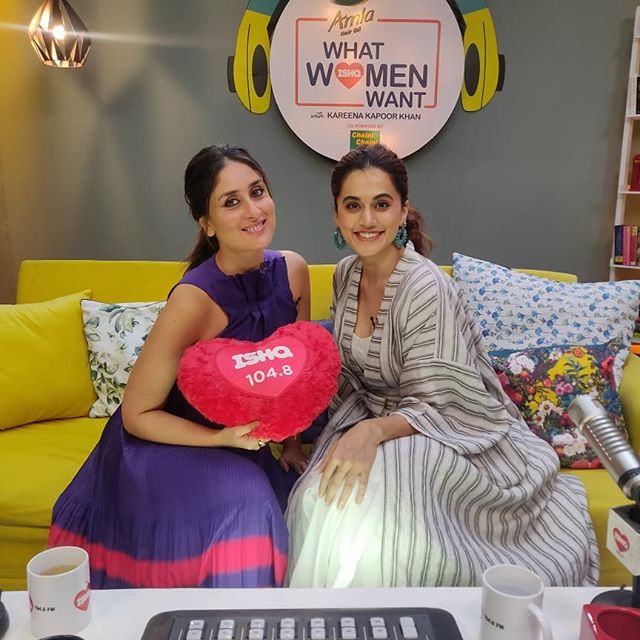 Kareena Kapoor Khan gave her the next situation, “Bete ki girlfriend ka ghar aana?” To this, Taapsee Pannu said, “You can tell me that. Kaisa lagega? As I am far away from that. Abhi kab shaadi hogi, kab beta hoga, kab uski girlfriend hogi… toh I think you’re still closer to that time. So, you can help me know.” Kareena replied, “Nahi yaar… I think, I don’t know. But I am that type. I am a Punjabi…ahh…mother.” When Taapsee probed, “So, matlab aap paranthe banayengi apne bete ki girlfriend ke liye.” Kareena interrupted and said, “Nahi, bohot unsafe hai. I’ll be like mat aao yahan pe.” (Also Read: Tara Jay Bhanushali's Heart Melting Moments With Naani Will Make You Go And Hug Your Grandparents)

Kareena Kapoor Khan and Saif Ali Khan are making sure to give the best of everything to their little munchkin, Taimur Ali Khan but there are a few things on which the couple isn’t on the same page. And that’s where being a good cop and bad cop comes in. In an interview with East India Comedy, Saif had revealed that he feels it’s important to be a little strict but Kareena likes to spoil their son. He had stated, “I think it is good to be a little strict. I have given up this time round, like it’s my third child and my wife’s first (laughs). She kind of spoils him slightly and I know this is not gonna end properly. I know where this is going. And now he bullies everyone at home, “I don’t want to go to school”, so all that’s happening.” Revealing that Taimur Ali Khan doesn’t take ‘no’ for an answer, Saif Ali Khan had continued, “Recently someone said ‘no’ to him for the first time and he like ‘I don’t like you, I will kick you, I will head bang you’.” In an interview with the Open Magazine, Saif had revealed that their little marshmallow is not a fan of his mommy, Kareena Kapoor Khan‘s makeup looks. Saif was quoted as saying, “I think he doesn’t like to see his mother wearing makeup, but he doesn’t seem to care so much in my case.” 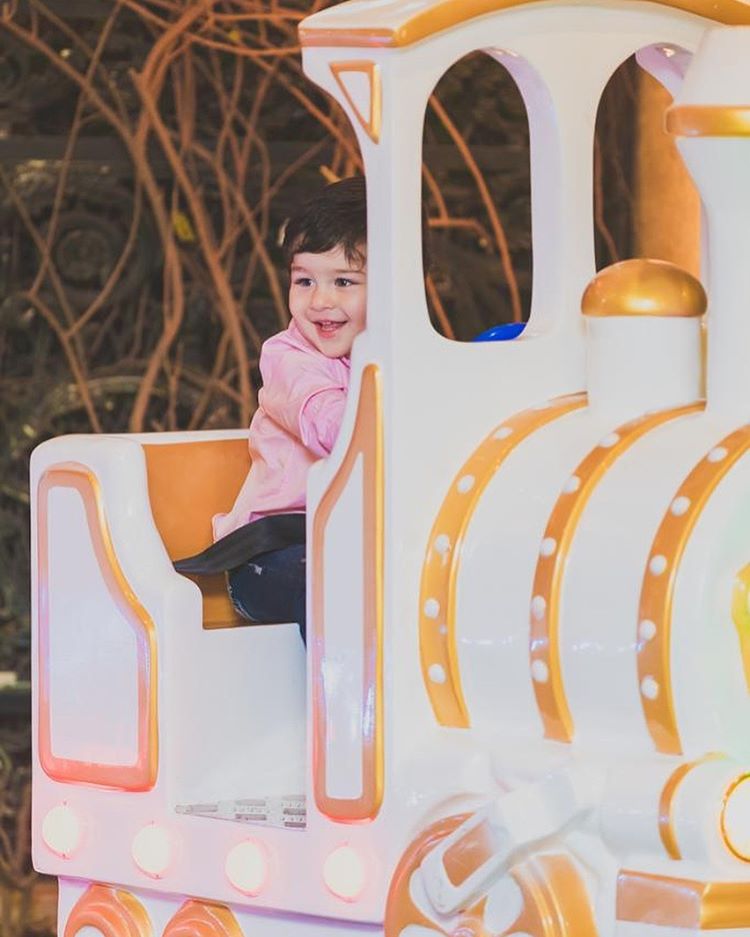 During the promotions of Jawaani Jaaneman, when Saif Ali Khan was asked what will he do if he goes clubbing with his sons, Ibrahim Ali Khan and Taimur Ali Khan, he promptly answered the question in his trademark witty style saying that “Taimur and I often go to the same club and we often like the same girl but then I pick him up and send him home. Ibrahim is a bit bigger than me so I don’t know if I can do that.” (Also Read: Kapil Sharma's Daughter, Anayra Sharma Became The Reason Behind His Proud Moment In Dubai) 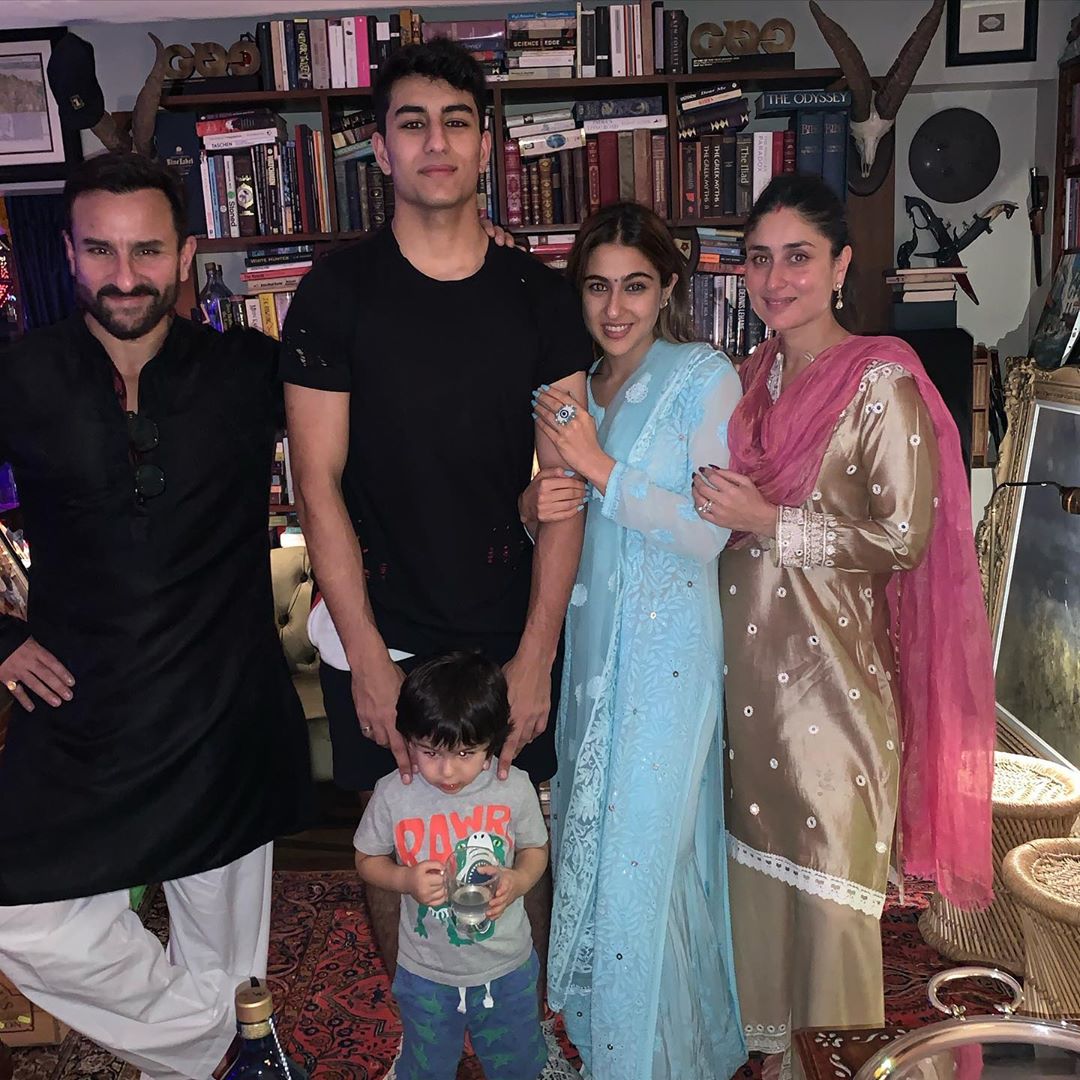 On the professional front, Kareena has Laal Singh Chaddha and Takht in her kitty, while Saif has Dil Bechara and Bunty Aur Babli 2 in his list. Kareena Kapoor Khan is an avid social media user and is often seen sharing snippets from her life on her various social media handles. She is living the best days of her life with her husband, Saif Ali Khan, and their two sons, Taimur Ali Khan and Jehangir Ali Khan.