Kapil Sharma became a proud daddy on December 10, 2019. Recently, the cast of the show, 'TKSS' was in Dubai for performance and a sweet gesture by his fans left him with the proud moment.

One of the greatest and blissful moments for a parent is to be recognised by the name of their kids. They feel proud when they are known by the name of their kids and when people come up to them and tell them how happy they are for their child. When one is a star kid, the responsibility on his/her shoulder to prove their worth becomes more difficult. They not only prove their capability, they also have to prove that they are capable of being recognised by their name and not by the status of their parents. When a child achieves something in the industry and makes their name, parents feel the proudest. One such moment happened with ‘King of comedy’, Kapil Sharma recently. (Recommended Read: Tara Jay Bhanushali's Heart Melting Moments With Naani Will Make You Go And Hug Your Grandparents)

Kapil Sharma had tied the knot with his long-term girlfriend, Ginni Chatrath on December 12, 2018, and two days prior to their first wedding anniversary, the duo was blessed with a sweet angel who completed their perfect family picture. On December 10, 2019, Kapil had taken to his official Twitter handle and had shared the happy news with his fans and followers and had announced that the duo has been blessed with a baby girl. And on January 15, 2020, Kapil had taken to his Instagram handle and had shared the first picture of his angel and had also revealed her name. Sharing a solo picture of her and one with her parents, Kapil had captioned it as “Meet our piece of heart “Anayra Sharma” #Gratitude.” 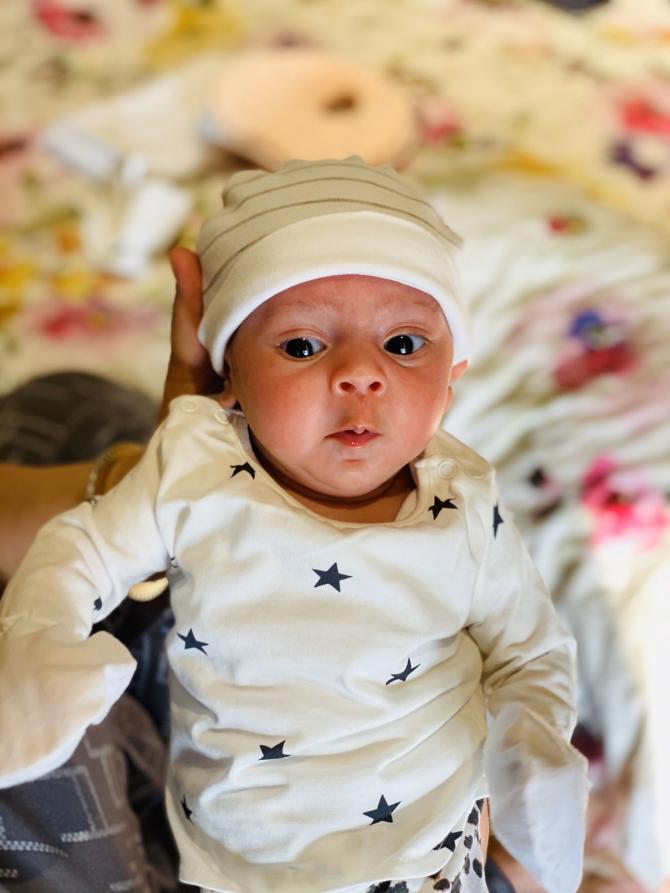 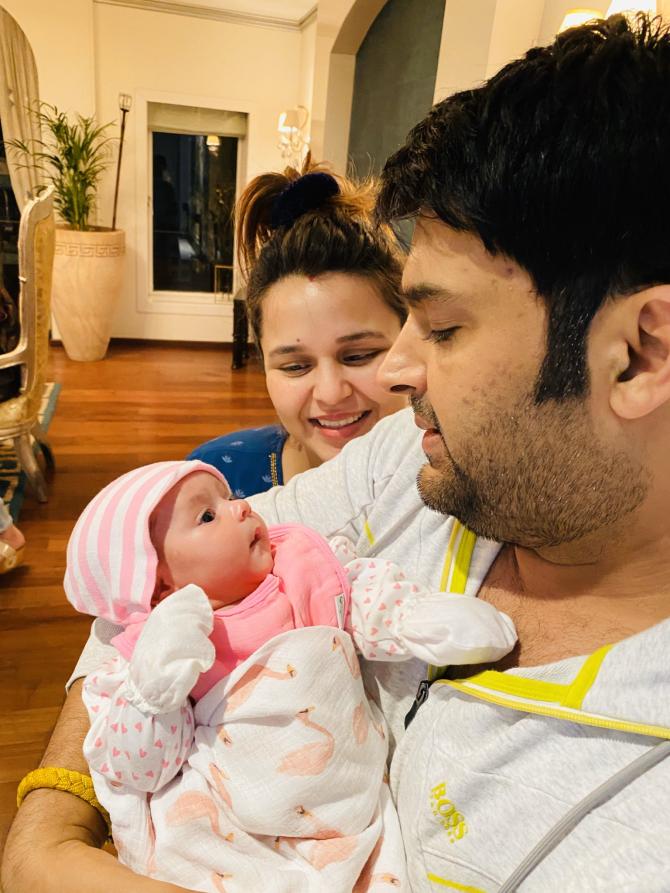 Kapil Sharma has been riding high personally as well as professionally. His show, The Kapil Sharma Show completed 100 episodes and Kapil had received lots of congratulatory messages and well-wishes from all across the world. To celebrate the occasion, the entire cast of TKSS had flown to Dubai for a live performance and during the show, one sweet gesture by the fans of Kapil left him full of gratitude and love. In the audience, a bunch of his fans were sitting wearing a black t-shirt with a photo of Anayra Sharma on it and below the photo, it was written, “Anayra with Love.” This made Kapil proud and he took to his Instagram handle and shared the picture of the group and wrote, “Thank u, beautiful people. u r always in my heart. #love #blessings #gratitude.”

After exhausting his paternity leaves of 15 days and spending time with his wife, Ginni and little angel, Anayra, Kapil had resumed his work. While Kapil was in Dubai for the live show, he had managed to take some time off from his busy schedule and had indulged in some shopping spree for his lovely daughter, Anayra. Kapil had taken to his Insta stories and had posted glimpses of his shopping day. Sharing the pictures, he had written, “Shopping for babies is too much fun” and “When you shop for babies you behave like babies” atop them. (Suggested Read: Saif Ali Khan Grills Kapil Sharma For Flirting With Wife Kareena Kapoor Khan, His Reply Is Hilarious) 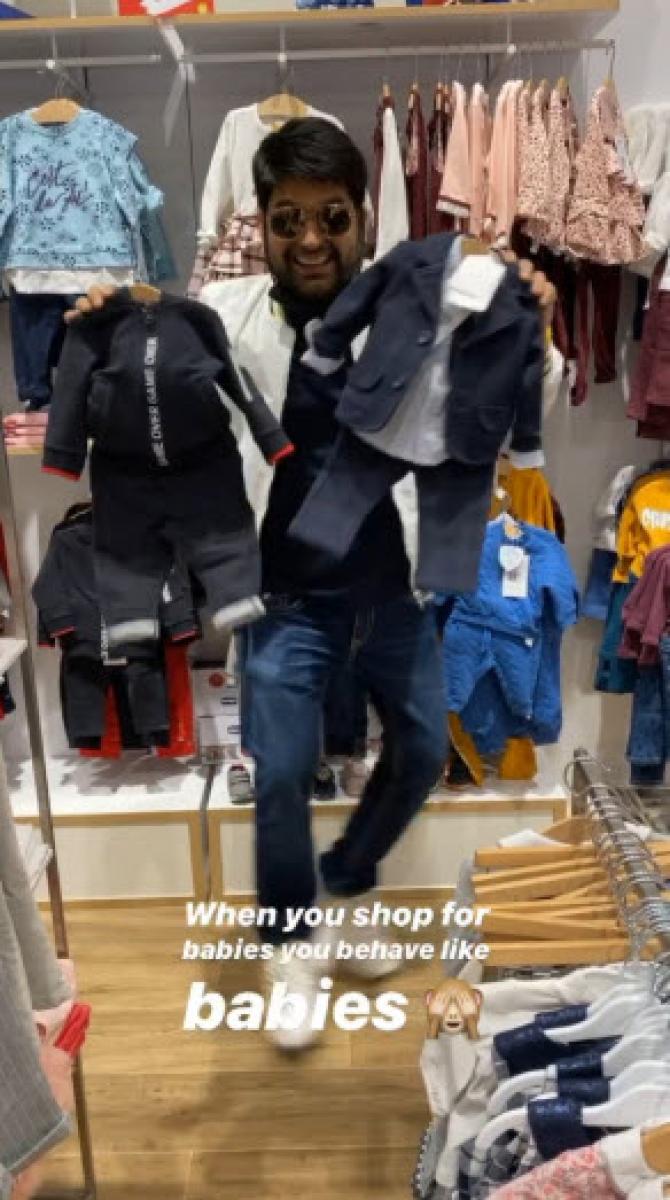 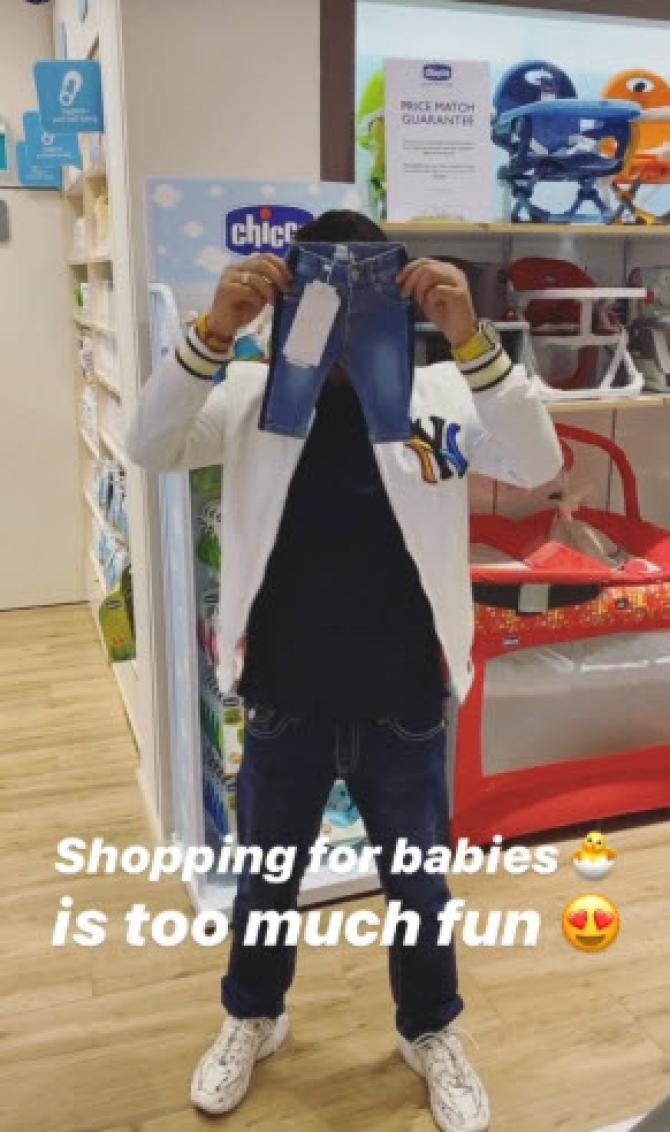 In an interview with the Mumbai Mirror, Kapil Sharma had shared the news of his wife, Ginni Chatrath’s pregnancy and had said, “I just want to take care of my wife and be by her side for now. We are obviously very excited as it's our first kid, but my mother is the most excited. She has been waiting for this moment for years now. We are just praying for Ginni and the baby's health." And In an interview with The Indian Express, Kapil had expressed his gratitude on becoming a father and had stated, “I feel blessed and happy to have a little princess in my life. Both Ginni and the baby are doing well. This is the best day of my life, and I can’t wait to spend more time with my little doll.” 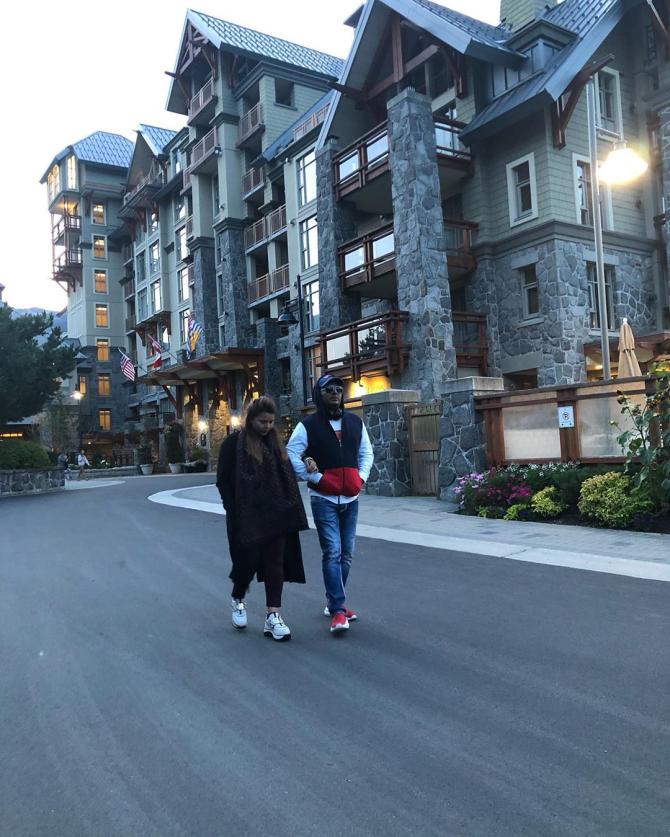 In an interview with the Gulf News tabloid, Kapil Sharma had spoken about how he is enjoying the ‘incredible phase’ of his life with his baby in the house. Kapil had remarked, “She’s such a sweet darling. I am enjoying this incredible phase in my life so much. It’s just brilliant. I meet my baby mostly at nights now. When I return home, she’s up, wide awake, alert and not sleeping. She’s a lot like me, I think. She’s wide awake at night … But she’s no trouble at all … My mother, my wife and all of us at home are so excited about her.” In an interview with Pinkvilla post his marriage, Kapil Sharma had shared that he couldn’t have asked for a better life partner than Ginni Chatrath and had said, “I don't think I would have gotten a better partner than Ginni. After the wedding, I am not going for a honeymoon but to Film City. Imagine! and she (Ginni) hasn't complained once. She tries to find happiness in mine and knows that I love working. My team tries to give me a few days off in between so that Ginni and I can go on small trips but we haven't gone on a honeymoon as yet. We are planning a honeymoon next month though." (Must Read: Kartik Aaryan Hints Towards Ending Friendship With Sara Ali Khan, Can't Stay Friends With Ex-Lover) 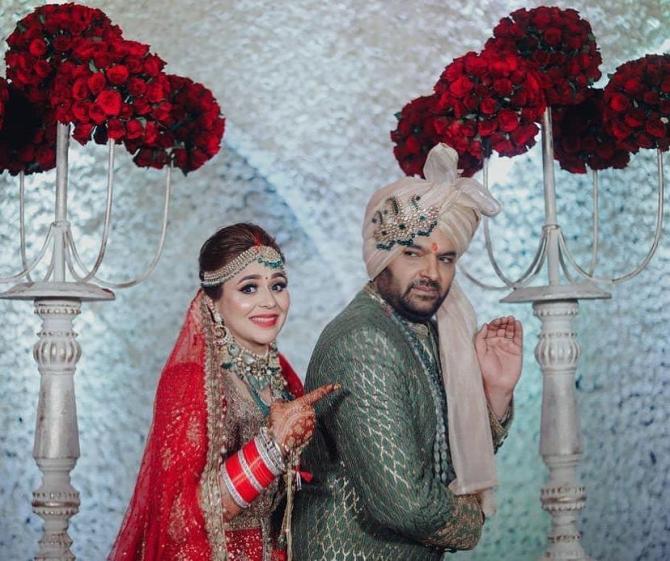 This is indeed one of the proudest moments for Kapil Sharma! What do you think? 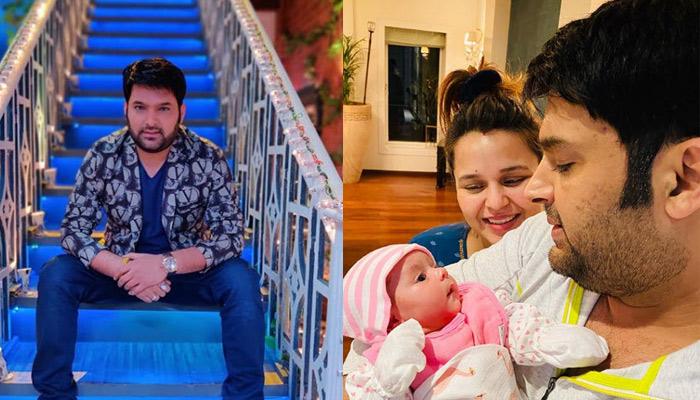