When Kareena Kapoor Khan had graced 'The Kapil Sharma Show', Kapil Sharma didn't leave a chance to flirt with Pataudi's Begum. Now when Saif Ali Khan came on his show, he grilled him for the same. 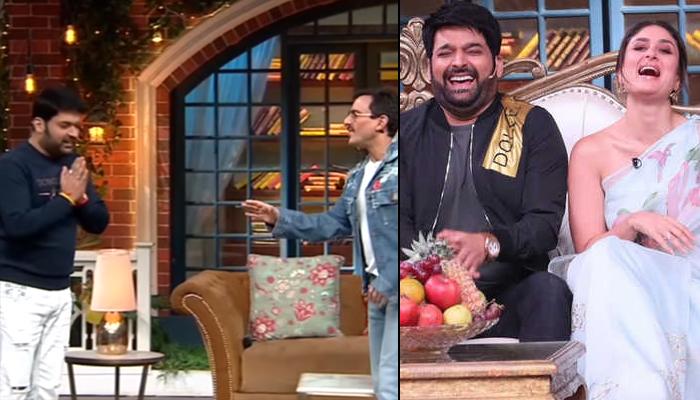 It has been more than a decade now since a middle-class boy from Amritsar, Punjab, tried his luck in stand-up comedy, tickled his audience’ funny bones with his impeccable timings and punches, and became the 'King of Comedy' of Indian television. Just like no one imagined that one day The Great Indian Laughter Challenge (season 3) winner would become the 'King of Comedy' of Indian television, nobody thought of the day when he would ruin his own empire, which will eventually lead to his downfall. But soon Kapil turned situations in his favour and rose to fame once again like a phoenix! (Also Read: Bharti Singh's Birthday Gift For Hubby Haarsh Limbachiyaa Proves She Can Go Through Any Pain For Him)

Comedy Nights with Kapil became The Kapil Sharma Show, but Kapil Sharma, whom we have loved and adored remained the same! Be it a child or a 70-year-old person, Kapil redefined the concept of family television time and that solely became the reason why he became a household name in no time. A-listers promoting their films on his show, his rapport with the celebrities and his team, his voice, poker face, naughty smile, mocking himself; are a few of the many things with which Kapil made his way into everyone’s hearts.

But one more thing which Kapil Sharma is famous for, is his flirting with the B-town and telly world divas. Be it Sonakshi Sinha, Kriti Sanon, Priyanka Chopra Jonas, Katrina Kaif, Alia Bhatt or his all-time favourite crush, Deepika Padukone, Kapil has entertained his audience by flirting with the divas. And to mark the completion of show’s 100th episode and to promote the film, Good Newwz, Akshay Kumar, Kareena Kapoor Khan, Kiara Advani, and Diljit Dosanjh had graced The Kapil Sharma Show. As expected, Kapil had flirted with Kareena on the show. Later, when Saif Ali Khan appeared on The Kapil Sharma Show to promote his film, Jawaani Jaaneman, he schooled Kapil for the same. Kapil Sharma is riding high on the professional front, and even in his personal life, he is on cloud nine as he became a father in December 2019.