On Saif Ali Khan's 50th birthday, his wifey, Kareena Kapoor Khan shared a glimpse of some adorable moments of 50 years of his life. Take a look!

The most important element to keep a relationship intact is love and if there is love, nothing else matters. In the world of glamour, where there is so much uncertainty on relationships, one couple, who had stood out and made our hearts skip a beat with their adorable chemistry is Saif Ali Khan and Kareena Kapoor Khan. Saif and Kareena have never shied away from flaunting their love for one another. And a mere look at them makes our heart skip a beat. (Also Read: Shilpa Shetty Kundra Celebrates Her Baby Girl, Samisha's 'Half' Birthday With A Unique Cake)

An epitome of class and royalty, the Nawab of Pataudi, Saif Ali Khan, and his begum, Kareena Kapoor Khan is the perfect example of couple goals. It was during the shooting of the film, Tashan when the two had fallen in love and by the time the film was complete, Saif and Kareena were head-over-heels in love with each other. After dating for five years, the lovebirds had tied the knot on October 16, 2012. On December 20, 2016, the adorable couple had welcomed their little bundle of joy, Taimur Ali Khan. And recently, the duo has announced the news of expecting their second baby. On August 16, 2020, Saif Ali Khan turned 50 and his doting wife, Kareena Kapoor Khan shared an adorable video capturing 50 years of his life. The video featured some of the best moments of Saif’s life. Along with the video, Kareena wrote a heart-warming caption that can be read as “Happy birthday. I made a video for Saif’s 50th capturing 50 years of his life, which I shared with him last night. It was 22 minutes long and I still felt there was so much more to be said! Am sharing here a glimpse of 50 pictures of the video that is from the heart. Happy birthday love... you make 50 look so good and so well lived!” Kareena also gave a sneak peek into his birthday celebration. Posting a Boomerang with Saif and flaunting her baby bump, Kareena wrote, “Happy birthday to the sparkle of my life", followed by a heart emoji.

Kareena Kapoor Khan is quite active on social media and loves posting pictures of her family. Whether it is Taimur Ali Khan drawing pictures on the wall of their balcony or Saif Ali Khan engrossed in his reading, the diva makes sure to give glimpses of her life to her fans. On May 9, 2020, she had takento her Instagram handle and had shared a throwback picture with Saif from their dating days. In the picture, which was taken in 2009, Saif and Kareena were seen taking a stroll on the streets of Morocco. Along with the picture, Kareena had written, “Saturday Mood: Morocco '09.” (Also Read: Suresh Raina's Wife, Priyanka Choudhary Raina Pens A Note As He Announces His Retirement) 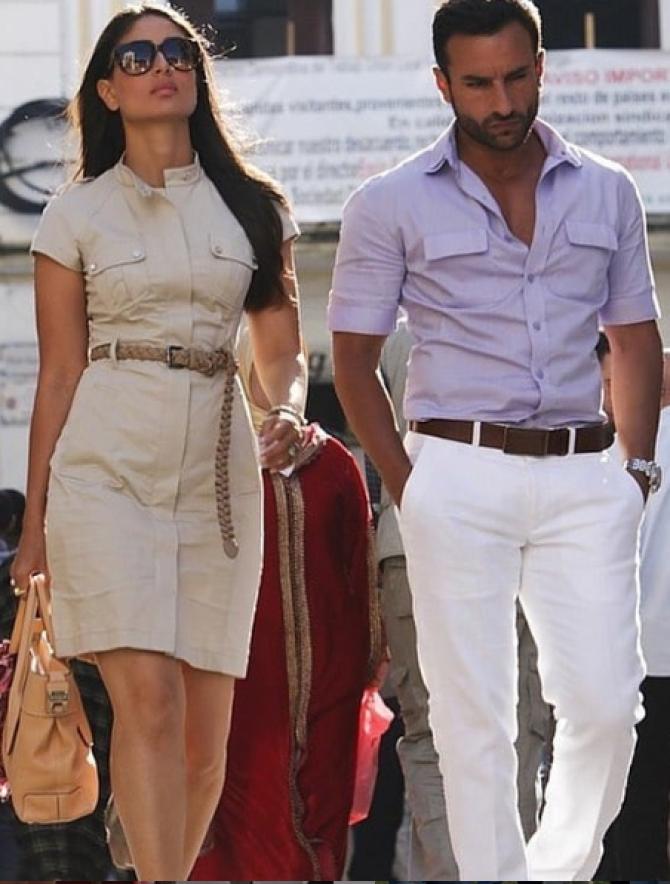 In an interview with ET NOW, Kareena was asked what was that one thing that attracted her towards Saif and she took the decision to marry him. To which, Bebo had revealed that the moment she met Saif, she was certain that it was not just a casual relationship and there was much more to it. She had also retorted that it was Saif who has been supportive throughout their marriage and the one who taught her that there is more to life than movies. On August 12, 2020, the duo had made an official announcement and their statement could be read as "We are very pleased to announce that we are expecting an addition to our family!! Thank you to all our well-wishers for all their love and support. Saif and Kareena." Kareena's father, Randhir Kapoor had also expressed his joy in being a grandfather again. In an interview with the Mumbai Mirror, he had stated, "I am absolutely delighted, I have been telling Kareena for so long that Taimur needs a brother or sister to play with. We are all very happy and we pray, it's a healthy, happy child." (Also Read: Kareena Kapoor Khan Shares Glimpses Of Saif Ali Khan's Birthday Bash, Flaunts Her Baby Bump) 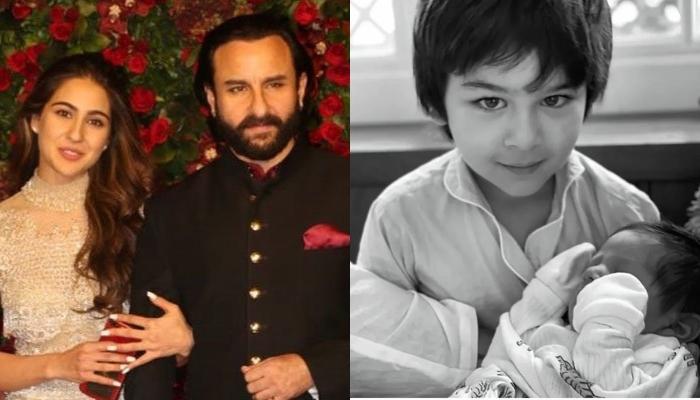 In the upcoming episode of the popular comedy reality show, The Kapil Sharma Show, we will see the stars of the movie, Bhoot Police, promoting their film. With Saif Ali Khan, Jacqueline Fernandes, and Yami Gautam in the main lead, the movie is a horror-comedy recently released on Disney Hotstar. During