Karanvir Bohra Made 'Halwa Cake' For Teejay On 13th Anniversary, His Twins Gave An Epic Reaction

Karanvir Bohra Made 'Halwa Cake' For Teejay On 13th Anniversary, His Twins Gave An Epic Reaction

Karanvir Bohra and his wife, Teejay Sidhu completed 13 years of marital bliss. Karanvir made ‘halwa’ for his doting wife and his twins, Bella and Vienna’s reaction to it is epic. 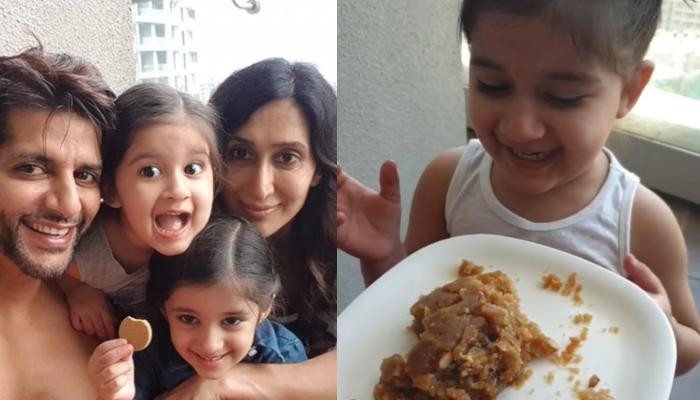 What is the most important factor to keep a marriage going? Of course love! The most important ingredient for a happy marriage is love and if there is love, a relationship can sail through any ups and downs. From strangers to partners, love is the most important element which binds two individuals together. Having someone, who not only understands you but also makes sure to cater to every need of yours is one of the most blissful feelings. And television’s most sought-after couple, Karanvir Bohra and Teejay Sidhu are the perfect examples of the same. (Also Read: Sharad Malhotra's Wife, Ripci Bhatia Bakes A Chocolate Cake For The First Time On Their Anniversary)

The handsome hunk of television industry, Karanvir Bohra met his someone special in model and actress, Teejay Sidhu. It was love at first sight for the couple. Karanvir, who had met Teejay in Mount Mary Church at Bandra through their common friend, Anupama Chopra and had fallen in love with her instantly. The couple had gotten married in less than six months of their engagement and are proud parents to two beautiful daughters. The couple had gotten blessed with their twin, Bella and Vienna after ten years of marital bliss.

On April 21, 2020, Karanvir Bohra and Teejay Sidhu celebrated their 13th anniversary and Karanvir had made a special halwa for his darling wife, Teejay. On April 22, 2020, Teejay took to her Instagram handle and shared a video where her twins, Bella and Vienna had an interesting take on their father’s handmade halwa. Bella and Vienna tagged the halwa as pie and their reaction to it was epic. Along with the video, Teejay wrote, “@karanvirbohra Your grand efforts to make #halwa for me and the babies say, 'Dad made a pie!' But they loved it since it was just like Gurdwara prashad, their favourite! 'Yummy!!' Lovely day together... sweet moments... simple gestures... all done with great #love. This is what makes a celebration special... #HappyAnniversary to us, sweety…”

On April 21, 2020, Karanvir had taken to his Instagram handle and shared a video of himself making a ‘legendary’ halwa for his wife, Teejay which he had learnt during his stay in the Bigg Boss house. Along with the video, Karanvir had written a beautiful note which could be read as “Happy Anniversary LOVE @bombaysunshine… Even in this lockdown, wet find creative ways to keep our love alive. Don't know how to bake a cake, but learnt how to make a Sheera, basically in #biggboss terms.... "HALWA." My kids love this, it's prasaad for them AS they get this "Whakru" at the Gurudwara.” (Also Read: Bhumi Pednekar Opens Up On Her Father's Death Due To Cancer And How Her Mother Fought In Those Times)

Karanvir and his doting wife, Teejay had embraced parenthood after 10 years of their married life and in an interview with The Times of India, Karanvir had shared the reason behind it and had said, “Having babies late was not because I didn't want to bear the burden of responsibilities. But once we were married, we wanted to spend time with each other and explore the world. As a couple, we wanted to understand each other. I know it is important to have children, and couples in India plan to have kids soon after they are married. But in the process, the focus is on the children and not on the husband-wife relationship, which is the pillar that lays the foundation of a great marriage." 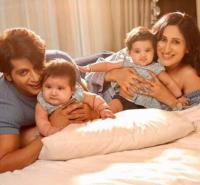 While Karanvir Bohra was inside the Bigg Boss 12 house, his lovely wife and kids had missed him. Only after 10 days of the show’s premiere, Teejay had taken to her Instagram handle and had shared a heartfelt ‘miss you’ post for her hubby, Karanvir. She had shared a lovely family picture and had written, “Hi sweety, it's been ten days since you went into #BigBoss. Since we're not allowed to speak, I thought I'd write to you and share my thoughts here. Obviously, you can't read this now - you'll just have lots of reading to do when the show ends! I hope you know we are watching you every day and sending you #love and strength. It's not easy being away from your family, especially for someone as emotionally attached as you. But I know you will become a stronger, better #KV when you're out. I'll keep you updated on everything from our end. You hang in there, love. You will be fine. I'll be back tomorrow.” (Also Read: Tusshar Kapoor Teaches Ice-Cube Painting To Son, Laksshya Kapoor, Video Inside)

What do you think about Karanvir’s ‘legendary’ halwa? Let us know. 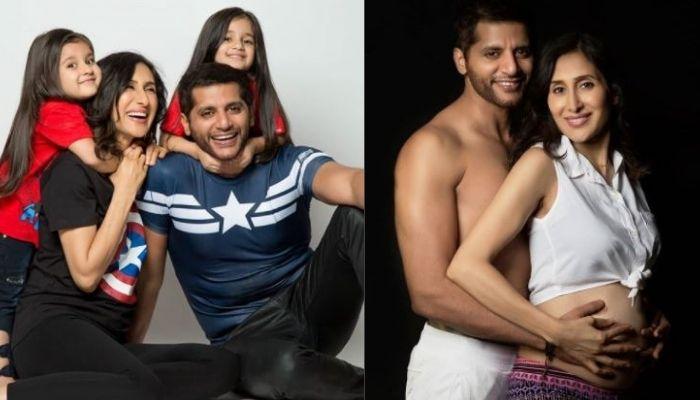 Karanvir Bohra had found love in the very beautiful, Teejay Sidhu and they had gotten married on November 3, 2006. After ten years of marital bliss, the couple had welcomed two little twins, Bella and Vienna on October 19, 2016. It was on August 28, 2020, when the family had