Karan Patel is enjoying his 'daddy duties' and sleepless nights caused by his little angel, Mehr. Recently, the actor shared his experience of changing diapers. 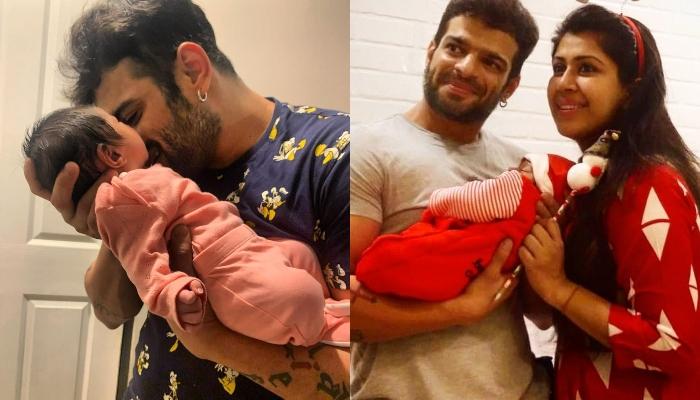 Gone are the days when daddies knew nothing about their kids. Now, the 'papa bears' are happily helping the 'mumma bears' in nurturing their little ones. If he is blessed with a baby girl, then his world changes as his little angel makes him a lot softer. From cute little mittens to a wardrobe filled with pretty dresses, a father starts turning the home into a pink-themed castle for his princess. And television actor, Karan Patel and his wife, Ankita Bhargava are enjoying their new role as parents. (Recommend Read: Rekha Gives A Hilariously Reply When Asked To Pose Next To Amitabh Bachchan's Portrait At An Event)

On December 20, 2019, Karan and Ankita's entire life changed when they got blessed with 'Rabb Di Mehr'. The actor had announced the arrival of his baby girl on his Instagram handle and had shared her name with the world. His post could be read as "All your blessings made our world beautiful, a heartfelt thank you to all our well-wishers .... #RabbDiMehr." Since then, Karan and Ankita's Instagram feeds are filled with cute pictures with their angel.

Recently, in an interview with The Times of India, Karan talked about his new-born daughter, Mehr and his experience of changing diapers. Karan shared that he knows how to wrap a baby in a swaddle and he helps his wife, Ankita whenever he can. The actor said, "I've learned how to swaddle her. Swaddle is when you wrap the baby in that muslin cloth. Yes, I do change the diapers also as and when possible or probable if I am around and Ankita (Bhargava) is busy with something. Other than that, it's a heartfelt salute to mothers all over the world." 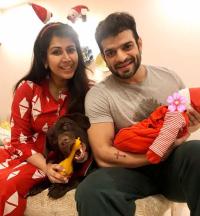 Karan further added, "Now, that I have seen first hand, I've seen not efforts and pain but how much a mother is strong inside her, willing to do and go for a small child to bring her up in the first four-five months at least till the child starts crawling. Sleepless nights and there's the tremendous physical stress on the mother. Having seen all that, I think all the fathers in the world should probably just be thankful that they have their better halves who are doing the toughest job in the world." (Also Read: Kamya Panjabi Shares Unseen Pictures With Hubby, Shalabh Dang From Their Delhi Wedding Reception) 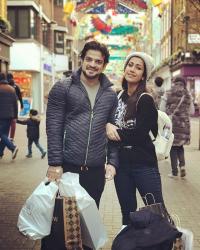 On the occasion of Valentine's Day, Ankita had shared an adorable wish on her Instagram handle. She had posted a collage and had written, "Aura ab poore hai hum. Happy Valentines Day Best Boy Friend @karan9198 #bestvalentinesdayever #twomonths #rabbdimehr. Thank you @sachin113photographer for capturing the ‘Real Us’" 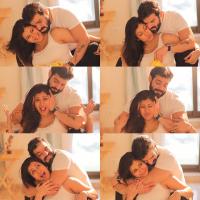 In an interview with SpotboyE, Ankita had talked about how Karan is handling fatherhood and had shared, "I was in Operation Theatre and Karan was with me inside. The moment doctor informed us that it's a baby girl we were overjoyed as both of us wanted a girl and it happened. Our day starts with Mehr and ends with her. There is nothing else and nobody else on my mind. I try to accommodate Naughty in her schedule now because he is our first child and I have to balance both of them. I have to be with her all the time as she needs me the most." 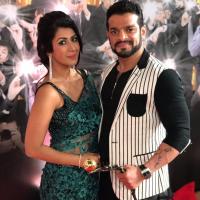 Ankita had further shared that her daughter, Mehr is already a 'papa's princess', "Karan also spends a lot of time with her. Mehr has already started responding to him as he keeps playing with her and even calms her down when she gets hyper. Karan ki baat maankar so bhi jaati hai. As I can't step out of the house much it's Karan only who is shopping for her. It has become like a routine for him. Since the day Mehr was born, Karan has been on a shopping spree for her." (Don't Miss: Taimur Ali Khan Adorably Looks At Arhaan Khan, Malaika Arora Shares A Cute Picture Of 'Khan Boys')

Well, on the work front, Karan will be soon showing his daredevil side to the audience in Khatron Ke Khiladi 10!