Kareena Kapoor Khan and Malaika Arora’s bond is one of the strongest pillars of friendship in the Bollywood industry. Both shares an impeccable bond with each other and have their girl squad that also includes their respective sisters, Amrita Arora Ladak and Karisma Kapoor. On many occasions we have seen these two giving major ‘BFF’ goals to the public through their Instagram stories and posts. From hitting the gym together to partying all night long, Kareena and Malaika are just a step ahead of every others in terms of friendship goals. For instance, on April 18, 2019, we saw the whole girl gang reunited for a summer night out. (Recommended Read: Shefali Jariwala Of 'Bigg Boss 13' Expresses Her Wish To Embrace Motherhood, Wants To Adopt A Girl)

Amidst the wedding rumours of Malaika Arora and Arjun Kapoor, the former partied with her girl-squad at her sister, Amrita Arora Ladak’s terrace. Malaika and her BFF, Kareena set major twinning goals as they both opted for a denim-and-tee look. While Bebo looked stunning as ever in a pair of distressed denim and an Adidas top, Malaika had smartly put together her pair of flared denim and a Gucci halter neck. However, it seems like their friendship is going to be taken ahead by their sons as Malaika shared a picture of Taimur Ali Khan with her son, Arhaan Khan on her Instagram handle. 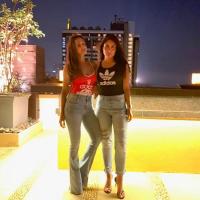 On February 18, 2020, Malaika Arora took to her Instagram handle and shared a cute picture of her BFF, Kareena Kapoor Khan’s little munchkin, Taimur Ali Khan with her son, Arhaan. Along with the picture, she captioned it as "My baby with Bebo’s baby #khanboys #Timtim.” In the picture, we can see little Taimur Ali Khan adorably gazing at Arhaan Khan as they both are sitting and posing for a picture together. Take a look. (Don't Miss: Kamya Panjabi Shares Her Wedding Reception Video, Dances Her Heart Out At The Bash) 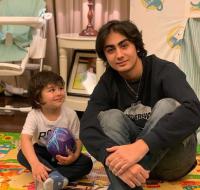 The picture is already winning a lot of hearts all over the internet because of the way Taimur is looking at Arhaan. However, Kareena Kapoor Khan took to Instagram and shared the same picture as a post and wrote a short caption along with it that can be read as “Tim Tim with @iamarhaankhan.” On the other side, Amrita Arora Ladak posted a picture from their get-together on her Instagram stories and wrote “Homies! #HomeHouseClub.” Have a look. 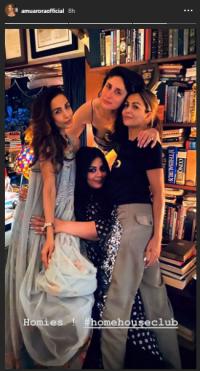 Another example of Malaika and Kareena’s strong friendship surfaced on the internet on January 18, 2019, when Malaika Arora had taken to Instagram and had shared a gorgeous picture with her BFF,  Bebo. And guess what, they took their twinning game to another level! The two wore a similar letter print t-shirt for Kareena’s radio show shoot. The letters on their D&G shirt screamed, “End violence against women”, followed by a big red heart. Along with the picture, Malaika wrote, “What a coincidence !!!!!! When the gfs dress the same to work, coz we gurls think alike ..... #endvoilenceagainstwome #teeslogans#twinning #kareenakapporkhan #bebomalla#watwomenwant”. Take a look at the picture below. 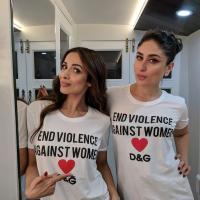 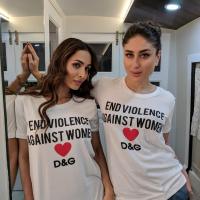 Malaika had also visited on Kareena Kapoor Khan’s radio talk show, What Women Want and had revealed the way her family supported her during her divorce with her ex-husband, Arbaaz Khan. Malaika had revealed, "We were just two people in a situation where we were making each other extremely unhappy. This was impacting everyone else’s life around us. If this is the decision that you're making, then we (parents) are proud of you and in our eyes, you are a really strong woman... this is what gave me the extra strength that I needed.” 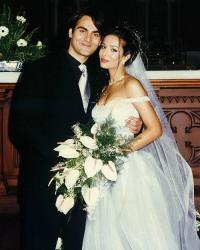 In the same conversation, Malaika had also given a piece of strong advice to all the married women out there. She had said, “Don't let anybody bring you down or tell you that you are any less of a person or a woman, just make sure that you're a strong, wonderful woman.” Well, Malaika deserves a lot of applause and appreciation for her decision despite having such a long marriage with Arbaaz Khan. Now, she's happy with her boyfriend, Arjun Kapoor and is living a happy life all over again. (Also Read: Ekta Kapoor Shares Her Thought On Motherhood And Balancing Work-Life Post The Birth Of Her Son) 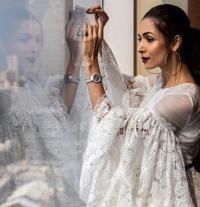 Do you have someone in your life, who gazes at you like the way Taimur is gazing at Arhaan Khan? Let us know.