The king of comedy Kapil Sharma is soon going to join the 'papa bear' brigade and he is all set for his wife, Ginni Chatrath's delivery. Read on to know more! Gone are the days when daddies knew nothing about their kids. All thanks to the millennial fathers who are raising a bar as they are not only just helping their pregnant wives, but are also taking care of their newborns. And the king of comedy, Kapil Sharma is no different. So, hop on as we reveal the other side of 'soon-to-be-papa-bear'! (Recommend Read: Remo D'Souza Renews His Wedding Vows For The Third Time With Wife, Lizelle On Their 20th Anniversary)

Kapil Sharma got married to his lady love, Ginni Chatrath on December 12, 2018. Now, they are all set to welcome a new member in Sharma ji's household. Ginni came as a ray of sunshine in Kapil's life soon after their wedding, the comedian saw a new level of success. His show started fetching good numbers on the TRP charts. 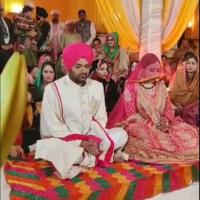 The comedian-turned-actor is gearing up for a new role as he is soon going to join the 'daddy brigade'. If rumours are to be believed, Kapil has already taken on his 'daddy duties'. Yes, according to a report in the Mumbai Mirror, Kapil and Ginni are expecting their baby in mid-December and hence he is making special arrangements to wrap up the shooting of The Kapil Sharma Show. The report can be read as "Ginni’s due date is in mid-December and Kapil has already started planning work on his comedy show, to make sure that the on-air scheduling isn’t interrupted. Simultaneously, he is making sure to spend time with Ginni in the last trimester." (Also Read: Amitabh, Jaya, Kajol And Rani Celebrate Durga Puja Together, Reminiscing K3G Moments)

In July 2019, Kapil had confirmed the news of his wife's pregnancy with the Mumbai Mirror and had shared, "I just want to take care of my wife and be by her side for now. We are obviously very excited as it's our first kid but my mother is the most excited. She has been waiting for this moment for years now. We are just praying for Ginni and the baby's health." 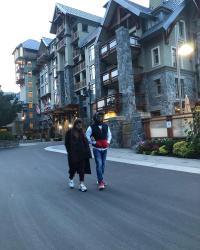 In a post-marriage interview with the Hindustan Times, Kapil had talked about parenthood and marriage, "Now that I am getting married, I think it was destined. I feel marriage is an essential part of our lives as it brings stability. Then the next phase is parenthood, which is another important step in a person’s life. I have seen people change after marriage, as they want to go home to be with their wives or kids. I want to experience it all as well. Being a bachelor, having your fun is good but only for a while. Later, it becomes routine and then you look for stability. I feel marriage is the best thing to happen to me."

Coming to their love story, in an interview, Kapil had opened up about his love story and had shared, “She studied in HMV College (Jalandhar). I was a scholarship holder, as I was a national winner in theatre. I was a student at APJ College and in order to make some pocket money, I started directing plays. I went to audition students at her college and that’s how we met in 2005.” Ginni then went to audition for a play and that’s where the two met for the first time. Kapil continued, “She was 19 then and I was 24. I was tired of taking auditions and explaining the role to the girls. Ginni was so good that I was quite impressed with her and told her to audition the girls for me. As we started the rehearsals, she started bringing food for me. Back then, I thought that she was doing it out of respect.” (Don't Miss: Rhea Kapoor Wishes Boyfriend, Karan Boolani On His Birthday With Their Adorable Unseen Pictures)

Well, we are sure Kapil is going to be an amazing daddy! What do you think?